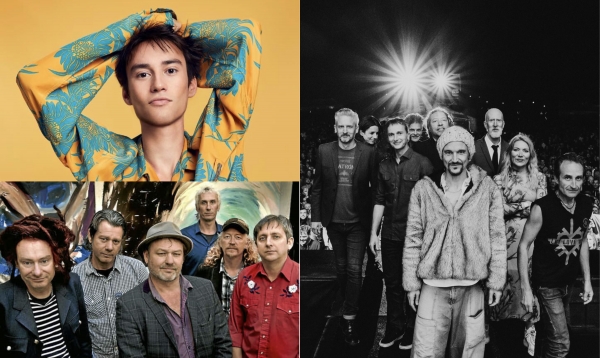 Bristol’s ever-popular open-air concert series is returning to Canons Marsh Amphitheatre next year with yet another stellar live lineup.

The music acts have today been announced for the latest edition of Bristol Sounds, with a brand-new all-day event dubbed ‘A Beautiful Day Out’ set to make its debut in 2023.

More acts are set to be announced in the coming weeks. Pre-sale tickets go on sale at 9 AM this Wednesday 7 December.

Bristol Sounds will return to the city next summer from 21 - 25 June. We're pleased to reveal our first line up announcement!
Pre-sale starts at 9am on Wed 7 December. Sign up here to receive the ticket link https://t.co/R9fVV3Y1pe
See you by the harbour! pic.twitter.com/NMkOPGHyQM

Kicking off Bristol Sounds’ 2023 roster will be kicked off on Thursday 22 June with multi-instrumentalist singer-songwriter Jacob Collier. The 5-time Grammy award-winning North Londoner is sure to garner a massive crowd with his energetic live performance and tendency to conduct the audience to sing harmonies and percussions. Tickets for this show can be found here.

Next up, on Friday 23 June, Manchester rock outfit James will grace the Canons Marsh Amphitheatre stage. A mainstay of the 90s, the Tim Booth-fronted band are best known for hit singles ‘Laid’, ‘Sit Down’ and ‘Say Something’. With a massive orchestral tour planned for 2023, James are sure to prove a hit when they head to Bristol in June. Grab your ticket here.

Saturday 24 June will see a very special all-day event, ‘A Beautiful Day Out’ take place at the harbourside. The jam-packed day of music will be headlined by The Levellers, another 90s mainstay who are used to big crowds having headlined Glastonbury’s Pyramid Stage back in 1994 to a record-breaking 300,000 people. Tickets can be found here.

Pre-sale tickets for Bristol Sounds 2023 go on sale at 9 AM on Wednesday 7 December, sign up HERE.