The 365Bristol team comprises of experienced writers, digital specialists and business development managers, dedicated to telling people about what’s happening in our city.

We’re always on the lookout for talented writers and photographers to join our team of contributors. To find out more, visit our Jobs page. 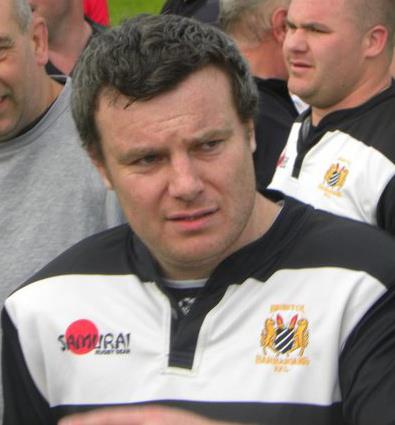 Bristol born and bred despite the name, Brendan has been working in the digital media sector for the last 12 years and advertising for the last 21 years. He has a wealth of knowledge about the city, and more importantly, he knows how to help businesses get as much online exposure as possible. Call him on 07876 735153 or email info@365bristol.com. 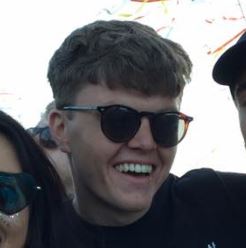 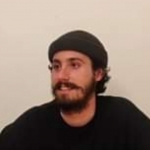 George is a journalism graduate and writer passionate about music and culture. Get in touch via email at george@365bristol.com. Stan is a born and bred Bristolian, recently graduated from studying English Literature in Sheffield. His passions are music and literature and spends the majority of his time in venues all over the city immersing himself in Bristol’s alternative music scene. A lifelong Bristol City fan, Stan’s Saturday’s are spent watching his team both home and away. Contact Stan at stan@365bristol.com. 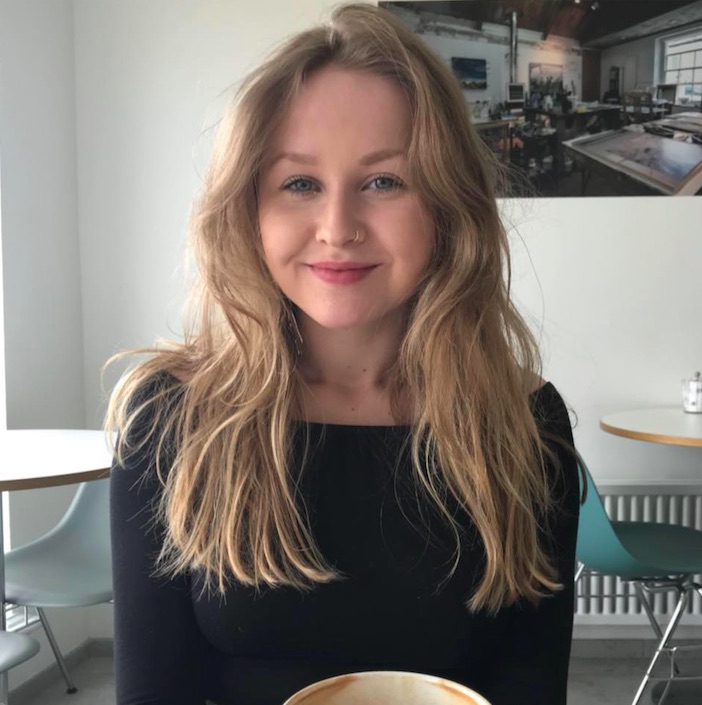 Kate is a University of Bristol Philosophy graduate and freelance writer. 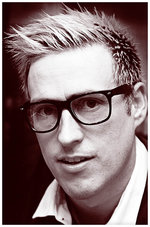 Born and bred in Bristol, Paul is a creative, freelance writer who contributes articles and entertainment reviews. Paul is also an established screenwriter making headway in the competitive world of the spec screenplay; a film producer, a movie & music buff, an animal lover, and a father to two kids. 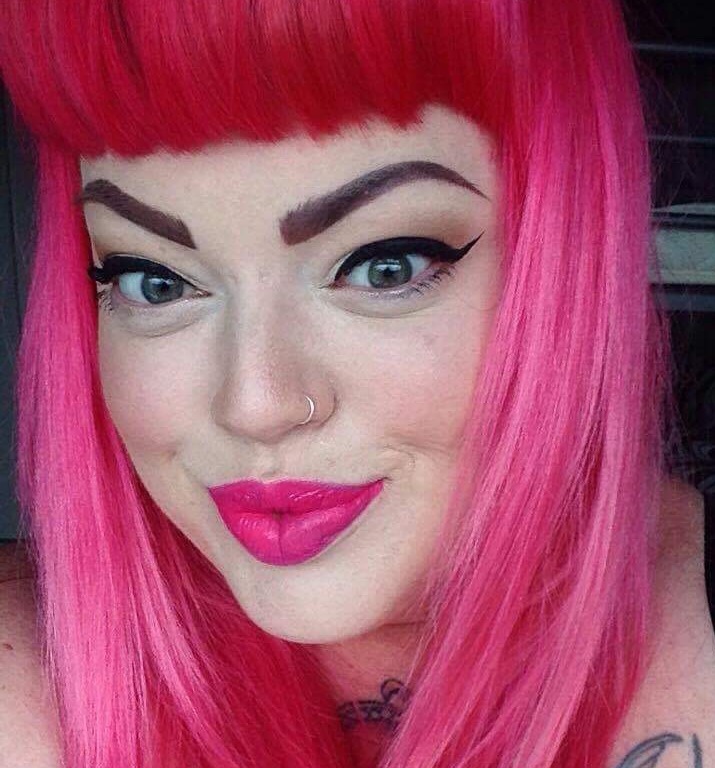 Fashion influencer Sam Rowswell has recently switched focus after discovering the diversity in Bristol's buzzing food scene. Originally from Essex, Sam has realised that there's a whole lot of West Country in her since her move 8 years ago. You can find Sam on her website, Twitter and Instagram. 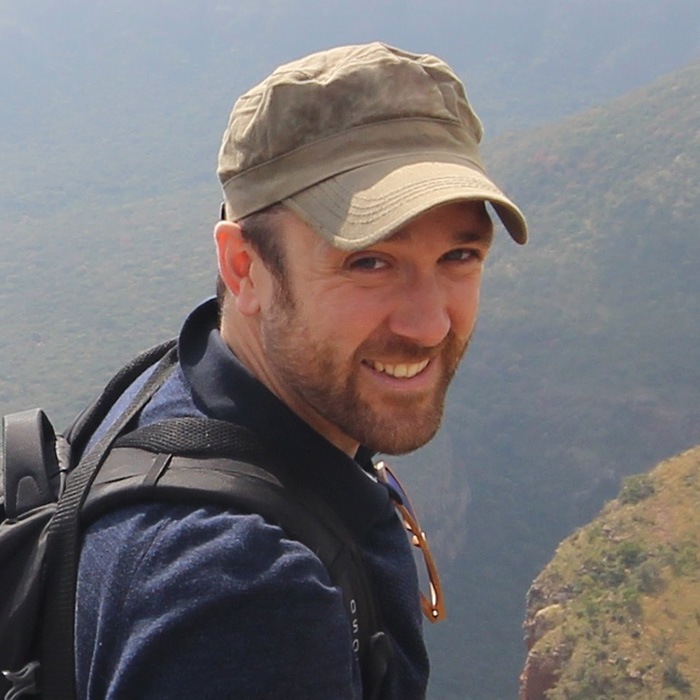 Harry is a digital marketing consultant and freelance writer based in the South West. Find him at www.albionmarketing.com. 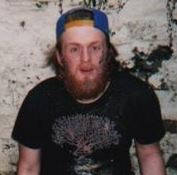 Born in the North, but now calls the South his home, Seb graduated from the University of the West of England in Business Management with Accounting in 2016. Since then, he's done whatever work he can to subsidise his two real passions - video games and music. When not listening to records or playing video games, Seb enjoys poetry, cooking, baking and playing his guitar. 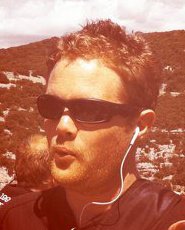 After a short spell in Mexico working with crocodiles, Richard studied journalism and professional writing at university before writing for several South West newspapers and online publications. He subsequently wrote and co-edited an online magazine, was a freelance and technical writer for websites and worked with SEO, social media and digital marketing projects for international organisations. 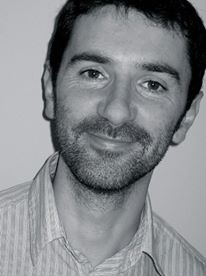 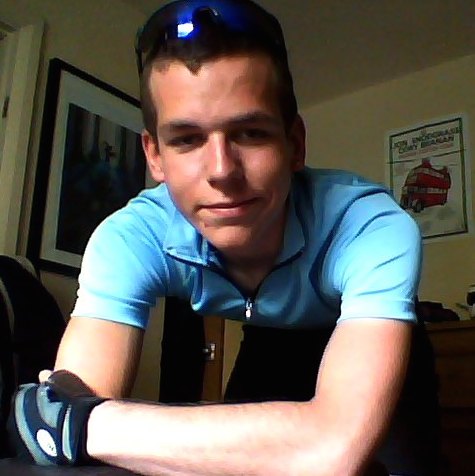 Sam has lived in Bristol all his life. A keen cyclist, he speeds around the city, but video games are his bread and butter. Sam runs his own gaming blog called Bristolian Gamer where he's been reviewing indie games, writing retro reviews and venting his anger at the industry when it does wrong since 2010. 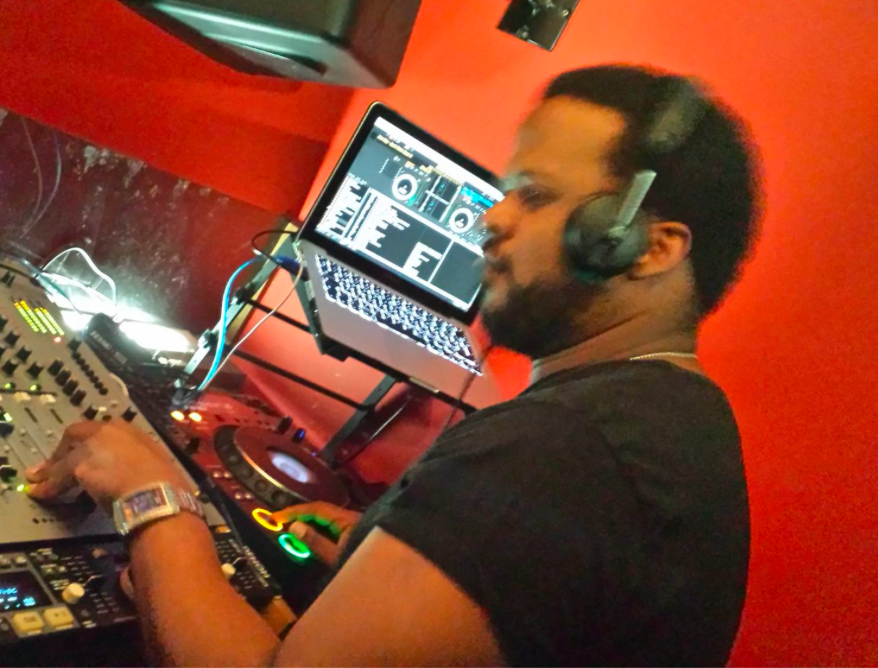 Born in Zimbabwe but a Bristolian at heart. Alvin's longest love affair has been with music, and he's always strived to be the cat amongst the pigeons to revitalise the music scene. A true music junkie with an eclectic taste, he enjoys dancing, loves his son and is partial to a spot of cider. "I mean, who isn't?"

Josh was born in Bristol and returned here after ten years in Cornwall to study Journalism at the University of the West of England. Since graduating in 2014, he has sought out any opportunity to write about the things he loves. His love of music and comedy means most of his time is spent at gigs and concerts across the city. 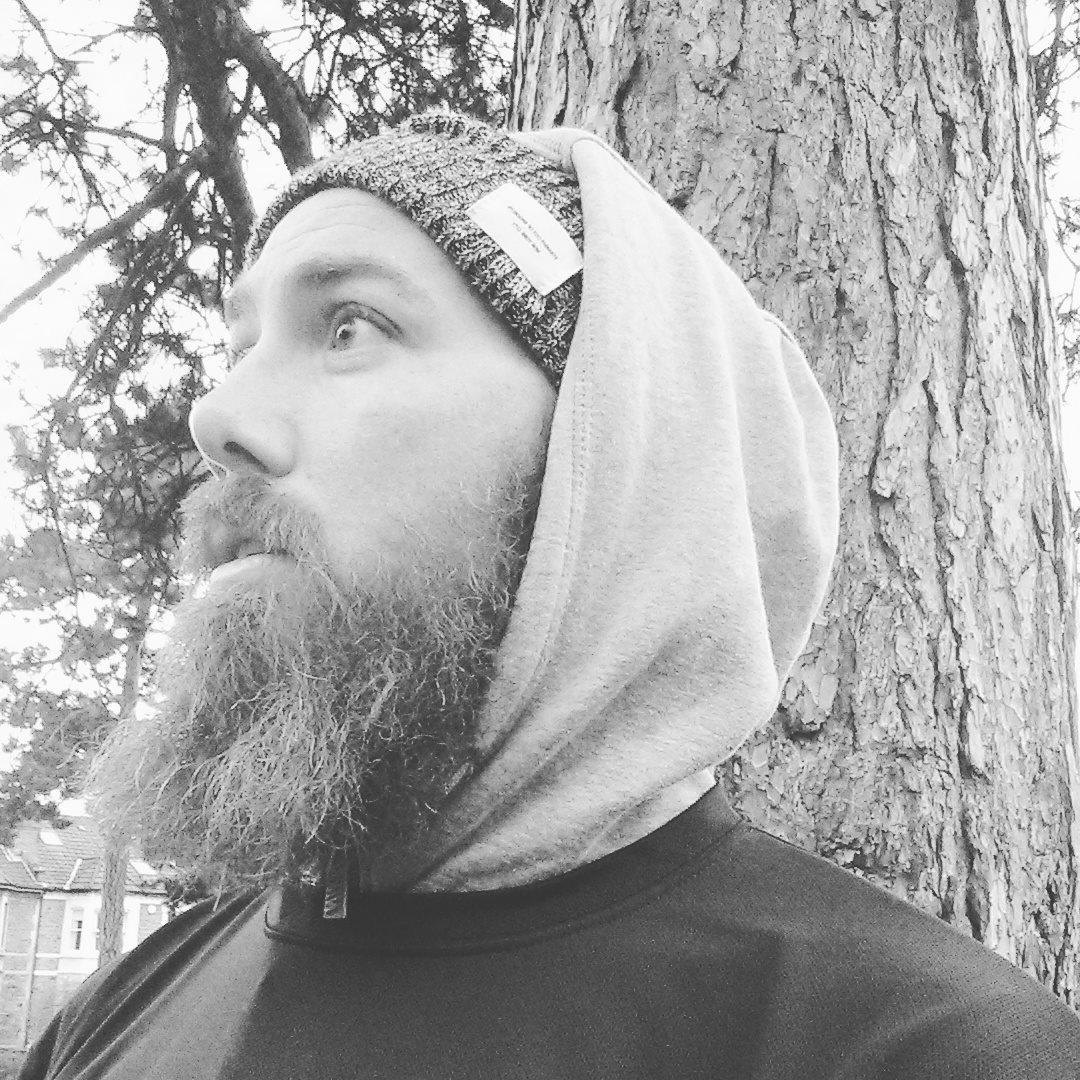 Nick was born and raised in Hull, before moving to Bristol 6 years ago. He currently runs his own business as a qualified personal trainer. Nick has always been around music and has spent a few years as a vocalist in different bands, and has toured around Europe extensively. 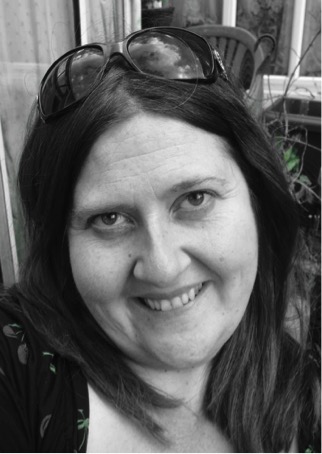 Sarah-Jane is an aficionado of film, theatre, culture and the arts. A voracious reader and avid crafter, she can be found volunteering her face painting talents at Bristol Zoo when she's not cementing her reputation as Coalpit Heath’s cake maker extraordinaire. Known to have an opinion on everything, she’s never happier than when sharing these thoughts with the good folk of Bristol! 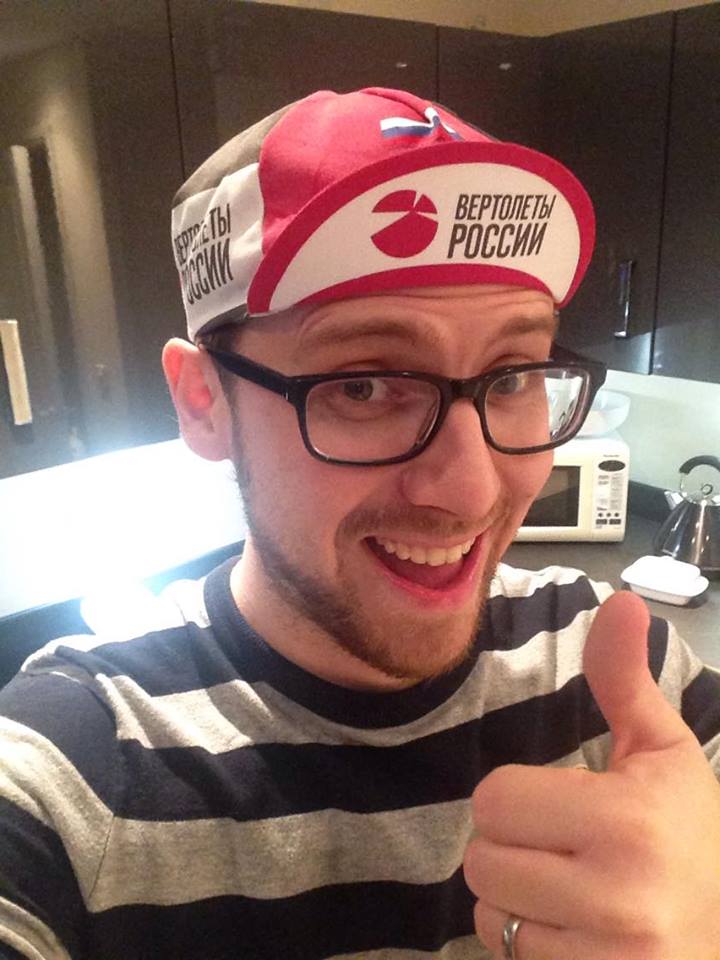 Born in Nottingham and raised in rural Lincolnshire, having nothing but music to keep him occupied, Jonathan moved to the South West in 2007 after backpacking around Europe and fell in love with Bristol after joining the local American Football team. When he’s not contributing to the entertainment reviews he spends most of his time developing software (i.e. just listening to music all day), cycling through the Cotswolds or can be found at Five Guys with his face in an All-The-Way Cheeseburger. A Bristolian born and bred. By day the Regional Manager for Advanced Imaging Systems Ltd. By night (and weekends) a keen follower of most sports especially rugby and football. Musical tastes vary and cover a wide range of genres from Punk to Motown and Swing to R&B - see my reviews! Also partial to a quiet spot of fishing followed obviously by a not so quiet pint.

Originally from the Hampshire town of Winchester, Tom has lived in Bristol for four years. He decided it was a city worth staying in after graduating in Cyber Security at UWE last year. Tom has a passion for technology as well as keen interests in film, food, music, sports and photography. He spends a lot of his time engaging in the abundant offerings of a vibrant city at the forefront of British culture. 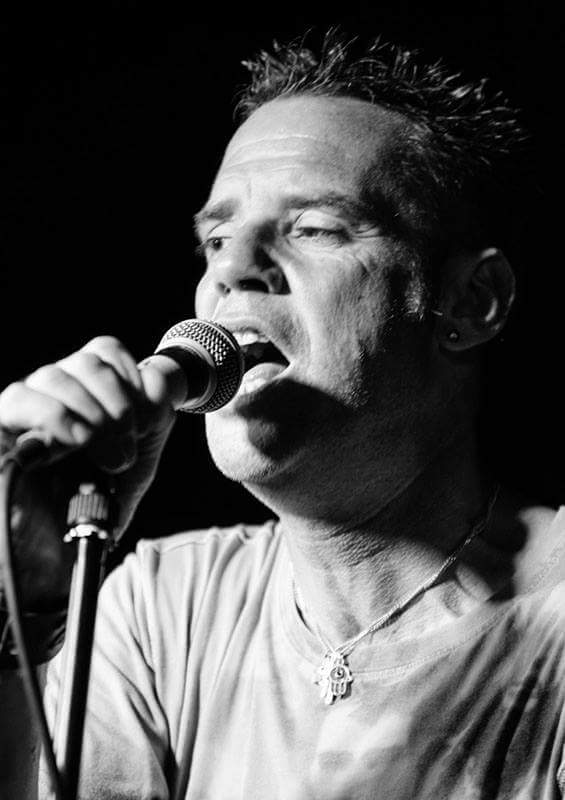 Born and bred in Weston-super-Mare, Mike has played in bands over the last 30 years and has an avid interest in a wide range of music genres. With a passion for live music he spends endless nights watching all types of bands, both famous and not so famous. With a love of Bristol’s infamous venues and the thriving music scene he also follows the local football club in red with a passion. His mission statement is...Keep it real, keep it live and Keep on Rocking! 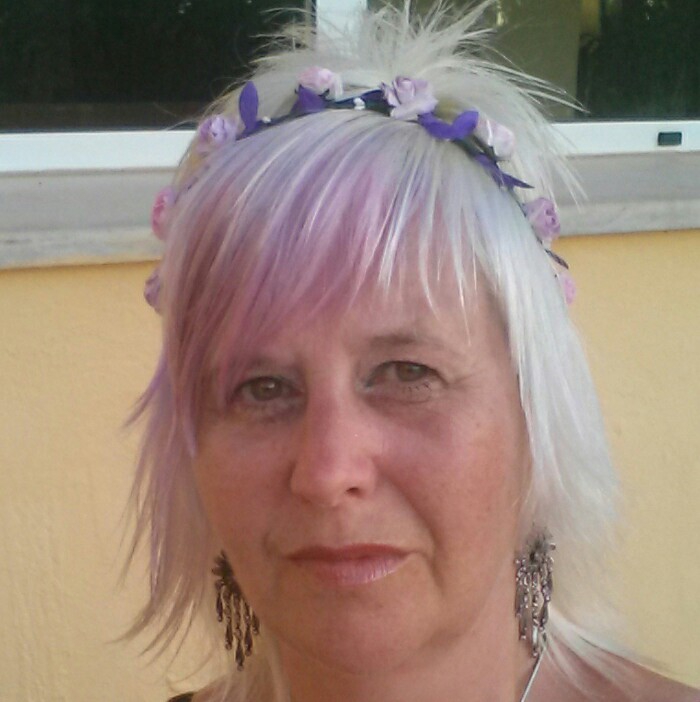 Andrea was born and raised in Bristol but moved to Weston-super-Mare as a teenager, around the same time the punk scene hit Britain and was right in the thick of it. Embracing the music and bands of that time, she has been a regular at most of the Bristol gigs ever since. Music, especially live, is in her veins and after performing in bands of her own over the years she continues to sing in a local choir. “Music has and always will be a massive part of my life, and I will be a party girl ‘til the day I die.” Talicza has only lived in Bristol for three years, but has been reviewing gigs, shows and albums for years as well as writing her own true-crime podcast ‘Transatlantic Crime’. 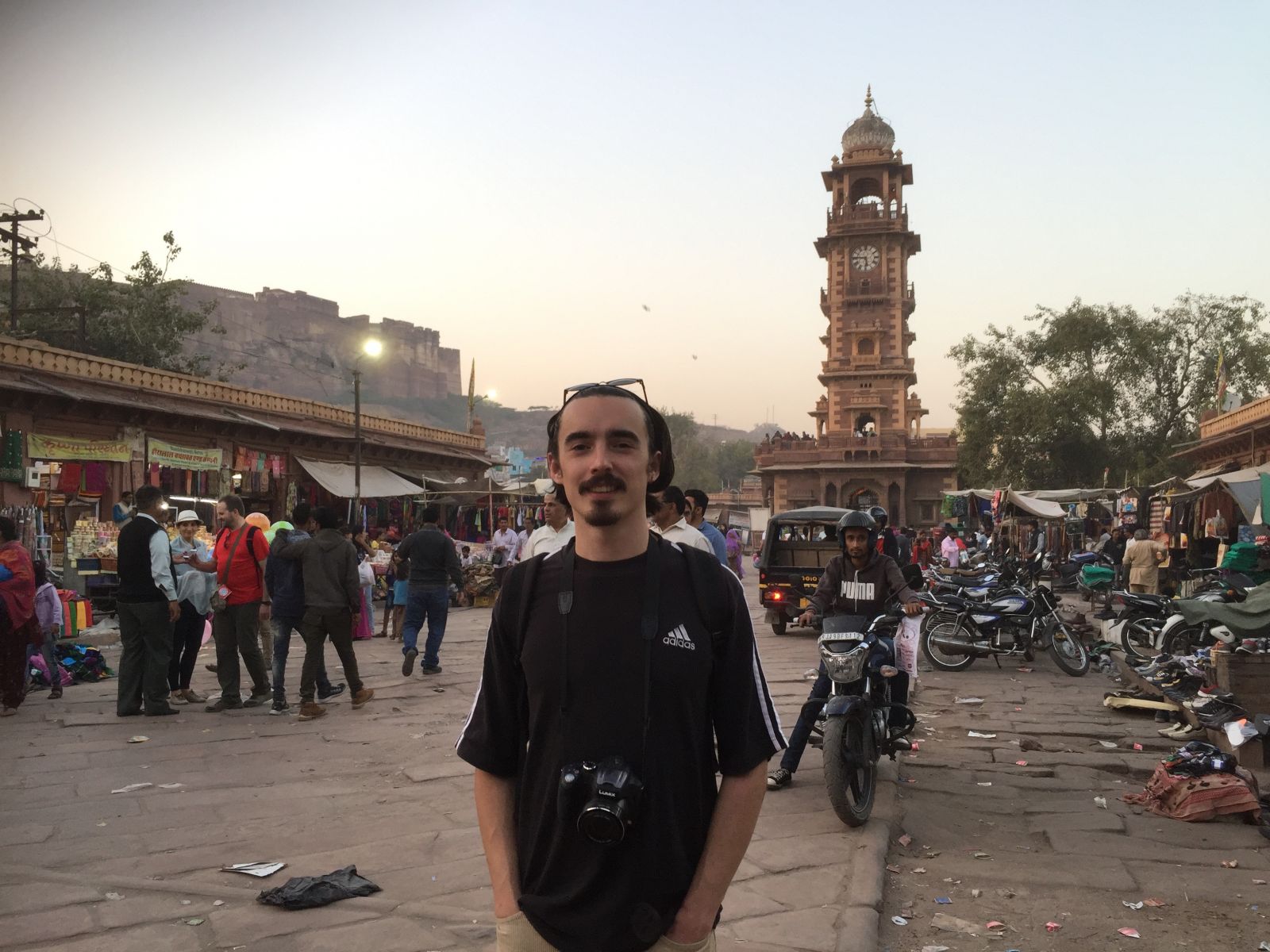 Ollie graduated from Bristol University in 2015, and apart from completing one winter ski season in Austria in 2016, he has stayed in the city ever since. He is a writer and musician, playing regularly with Bristol bands Cousin Kula, Feelgood Experiment and Tungz. His other interests include travel (most recently to Rajasthan in India) and reading, especially stories from far-flung places. Liam is a student studying maths at the University of Bristol and a local to the area having grown up in Clevedon. Passionate about music and film, as well as an avid writer, Liam is regularly found in one of Bristol's many music venues. 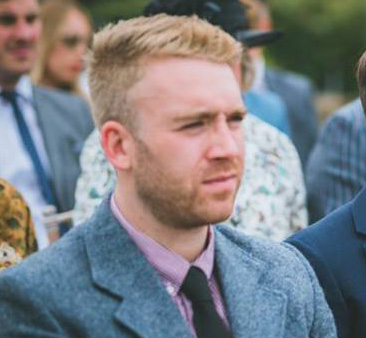 Sam moved to Bristol for University and loved the place so much that he ended up staying. Big into sport, music and culture he can be found on Twitter at @FarleyWrites. 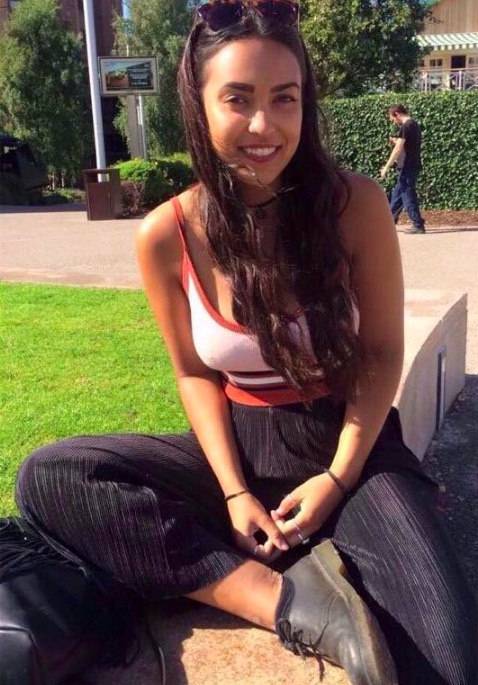 Katie is a Drama and Theatre Arts graduate and has lived in Bristol for two years now after growing up and studying in Birmingham. She is a bookworm that also loves cooking, eating and drinking out with lovely people. Raised in Bristol, Jacqui has been an active resident of this great city for most of her life. Passionate about travel and exploring different cultures, she enjoys exotic cuisine and is an avid fan of musical theatre, comedy and dance. With a truly eclectic love of music, she attends many gigs throughout the year, from up and coming local artists to large international festivals. I work as a full time Radiographer, but I am passionate about blogging, including fashion and lifestyle content. I can be found on Instagram, Twitter and at www.hannahjlewis.com. My name is Jamie, and I've promoted gigs within Bristol for many years. I have a passion for music, theatre and food! I am no rock - you'll find me out and about, and always a bit loud and brash. Let's live life. London-born but now a South West dweller, Harry moved to Bristol after graduating with a design degree from UWE in 2017 to pursue a career in the industry. With a keen interest in music, art and the outdoors, Harry has found his home away from home. Twenty-something girl living in Bristol for a year, who likes to define herself as a 'flaneuse' exploring and taking in everything the world has to offer. Studying English literature at the moment; enjoys live music, writing, embroidering and art galleries. One of the many Stroudies who felt the effects of West Country gravity, Anna now happily lives up to the Bristolian stereotypes of a cider only diet, hanging out in her campervan, climbing and sewing her own clothes. She’s a walking event diary and there aren’t many corners of Bristol she hasn’t explored.

Somerset Design are a professional website design agency and creative team based at Aardman Animations in Bristol with further offices in Ilminster in Somerset. As our digital media partner they keep us up to speed with the fast paced changes in technology so that our sites are properly indexed by all of the major search engines and ensure content is delivered in the correct format to our readers devices. Visit www.somersetdesign.co.uk.

Through our partnership with Somerset Design we are able to offer their outstanding web development and creative services to our clients.

Gadget Line Films are Bristol-based video filming and production specialists. Expertise covers corporate, event, music, property and documentary video and they have produced a number of videos for clients of 365Bristol as well as the industry association we run called BARBIE - Bristol Association of restaurants, Bars and Independent Establishments.

Clair is a freelance photographer who covers many of the major events and festivals hosted in Bristol each year as well as specialising in sports photography, weddings and even pets! She can often be found wandering the City capturing fantastic shots for our site.