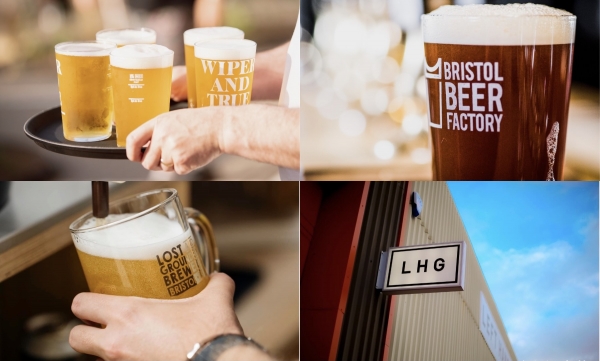 A 365Bristol guide to Bristol breweries and taprooms

Bristol boasts a bustling beer and craft ale scene with, it seems, a new brewery and tap room opening up each day – it can be hard to keep up with.

So, with this in mind, we’ve compiled a list of all the city’s top breweries and tap rooms.

Many of the sites listed are clustered in and around the post-industrial inner suburb of St Philips Marsh. There are a variety of practical reasons for this, but it also means that there is a ready-made route to sample a stunning selection of locally brewed beers.

Whether you’re looking for a zesty IPA or a smooth, comforting milk stout, Bristol’s wide-ranging landscape of breweries and tap rooms will have something for you.

We have been shortlisted for 3 awards at the @BrewJournal Brewers Choice Awards 2022!

It's incredible to be amongst such a high caliber of Brewers.
Thank you and best of luck to all X pic.twitter.com/viim3OCJ3v

To make things a bit easier for you we’ve grouped the venues together by postcode, perfect for planning a beer-centric route...

Beginning our list is a brewery that found its feet a little further afield. Zerodegrees began in London but has since branched out with one site located just off Bristol City Centre in an old tram shed.

Zerodegrees serve fresh food as well as drinks and boast a spacious interior as well as three balconies perfect for the summer months. Beer lovers can enjoy brewery staples such as ‘The Bohemian’ Czech Pilsner, the ‘Downtown’ APA and the ‘Our Mango’ in addition to new speciality beers each month. 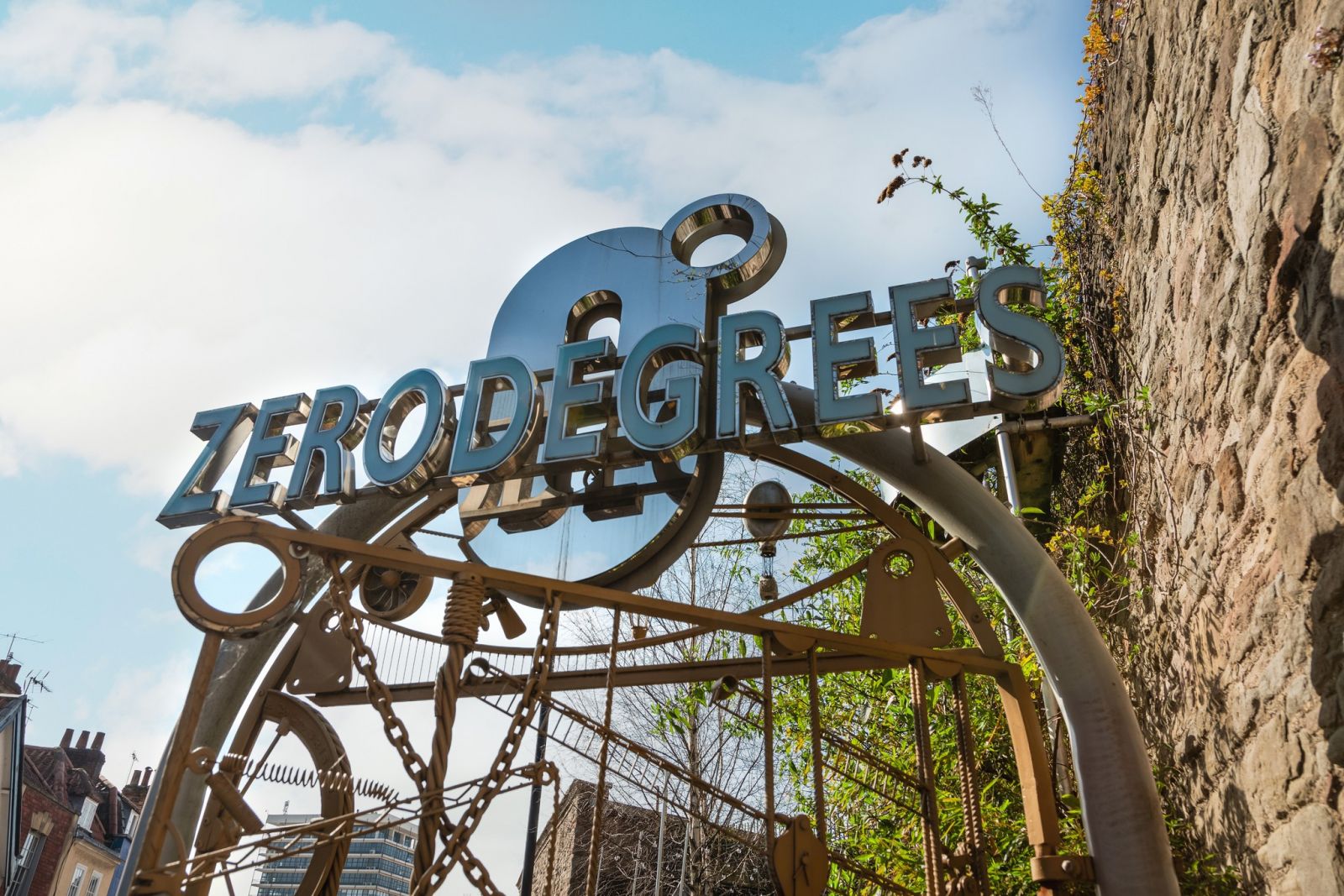 Moving onto the brewery-heavy St Philips now and classic South West beer makers Moor. Named after the Levels and Moors area of Somerset where the brewery originated, they moved to their current home behind Temple Meads back in 2014.

Now with a popular taproom, Moor’s beers are always natural and vegan friendly with a stunningly vibrant selection of beers that are always fully flavoured, hoppy and sometimes a bit too drinkable. 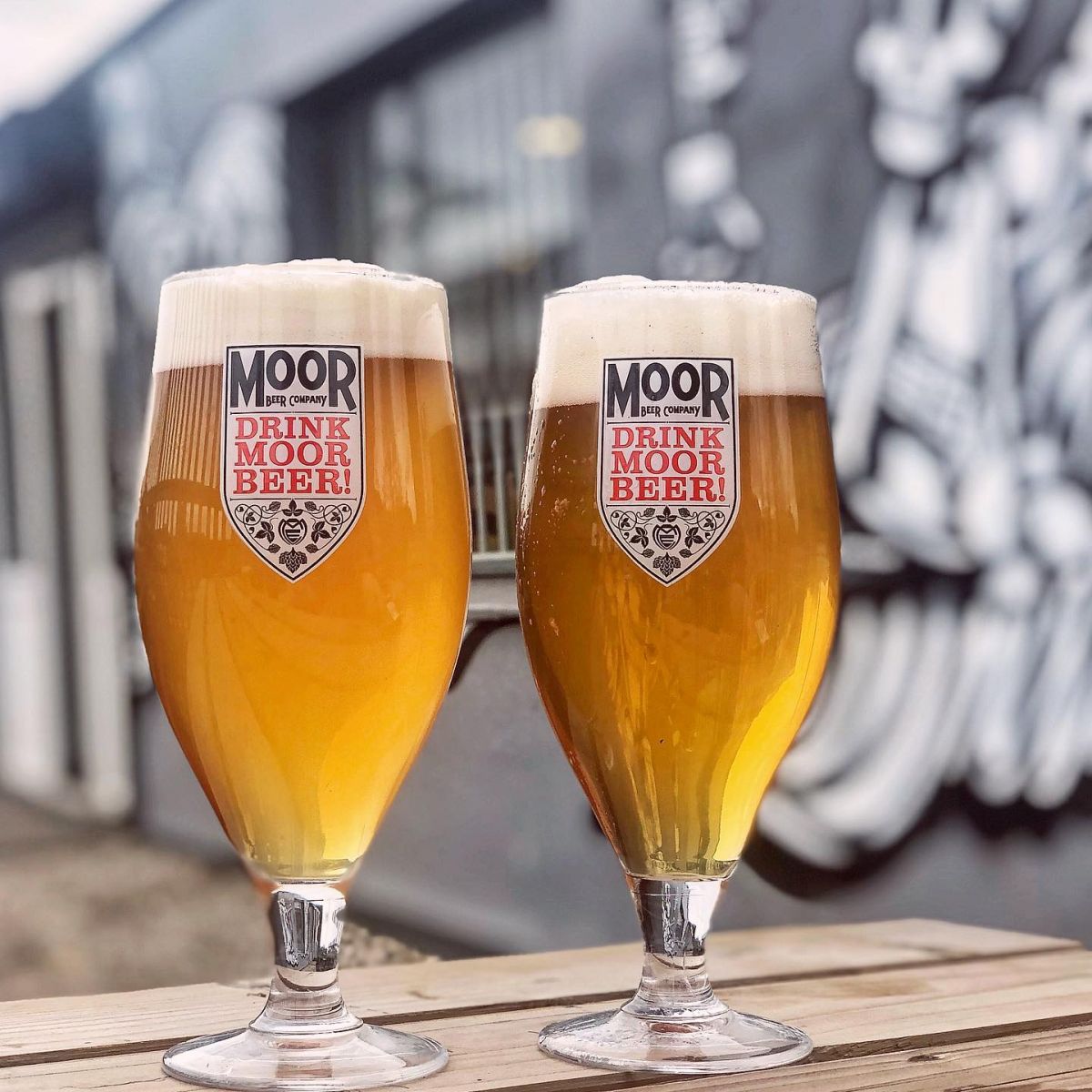 A self-labelled brew pub, Little Martha was started by three close friends in 2020 with the venue itself opening the following year. Possibly the cosiest entrance to this list, Little Martha can be found underneath a railway arch, nestled away from the hustle and bustle of Temple Meads.

All of the beers are brewed onsite with a range of different styles on offer. You can read out ‘Getting to know Little Martha Brewing’ article here. 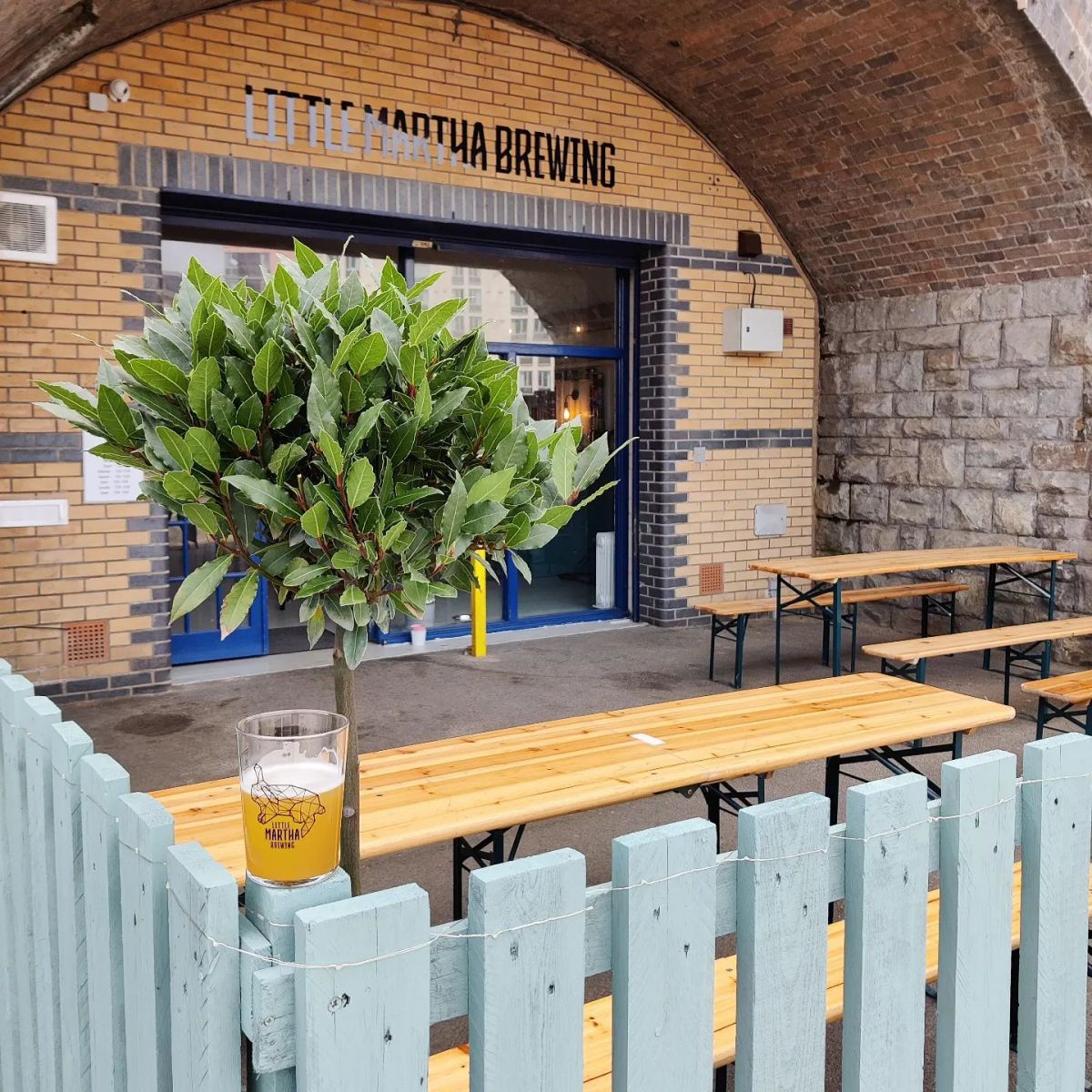 Good Chemistry’s exciting range features classics such as their Kokomo Weekday and Weekend IPAs, Time Lapse bitter and Pure Optimism session IPA along with many more.

As well as their brewery, they boast their own boutique, award-winning watering hole The Good Measure in Redland and are also reopening the historic Victoria Street pub, King's Head. With its unique snug and 17th-century interior, this looks set to become a prime location for beer fans. 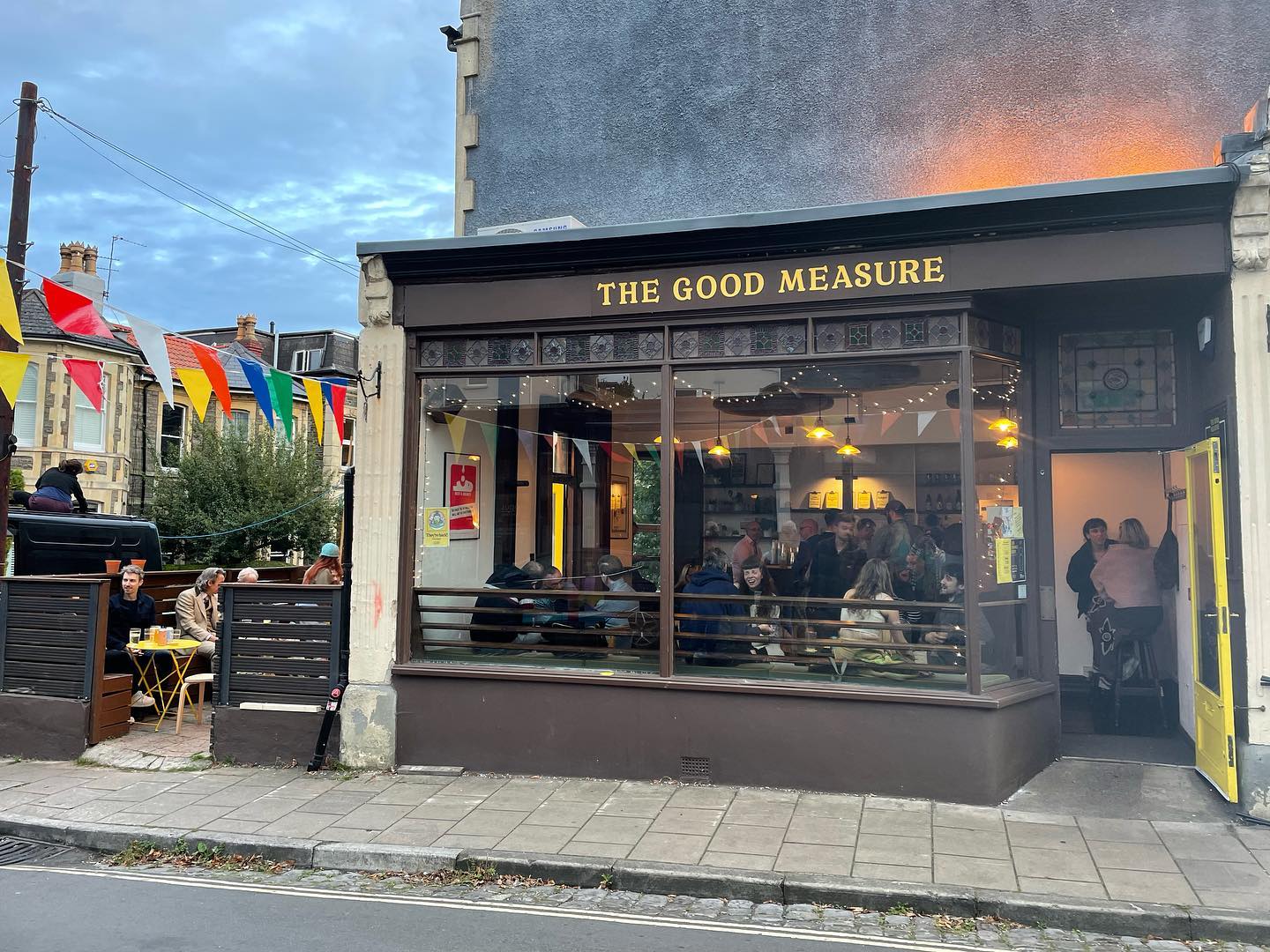 Another Bristol staple here in the shape of Left Handed Giant, who have two sites in the city. We’ve decided to include the St Philips brewery and taproom, a far more intimate space than their new Finzels Reach brewpub.

With one of the largest selections in the city, beer lovers can sample the delights of bestsellers such as Dream House and Sky Above (both pale ales) or more unusual products including Blender Evocations - a three-year barrel-aged mixed fermentation Saison blended with fresh Saison and 360g of sour cherry and rhubarb. 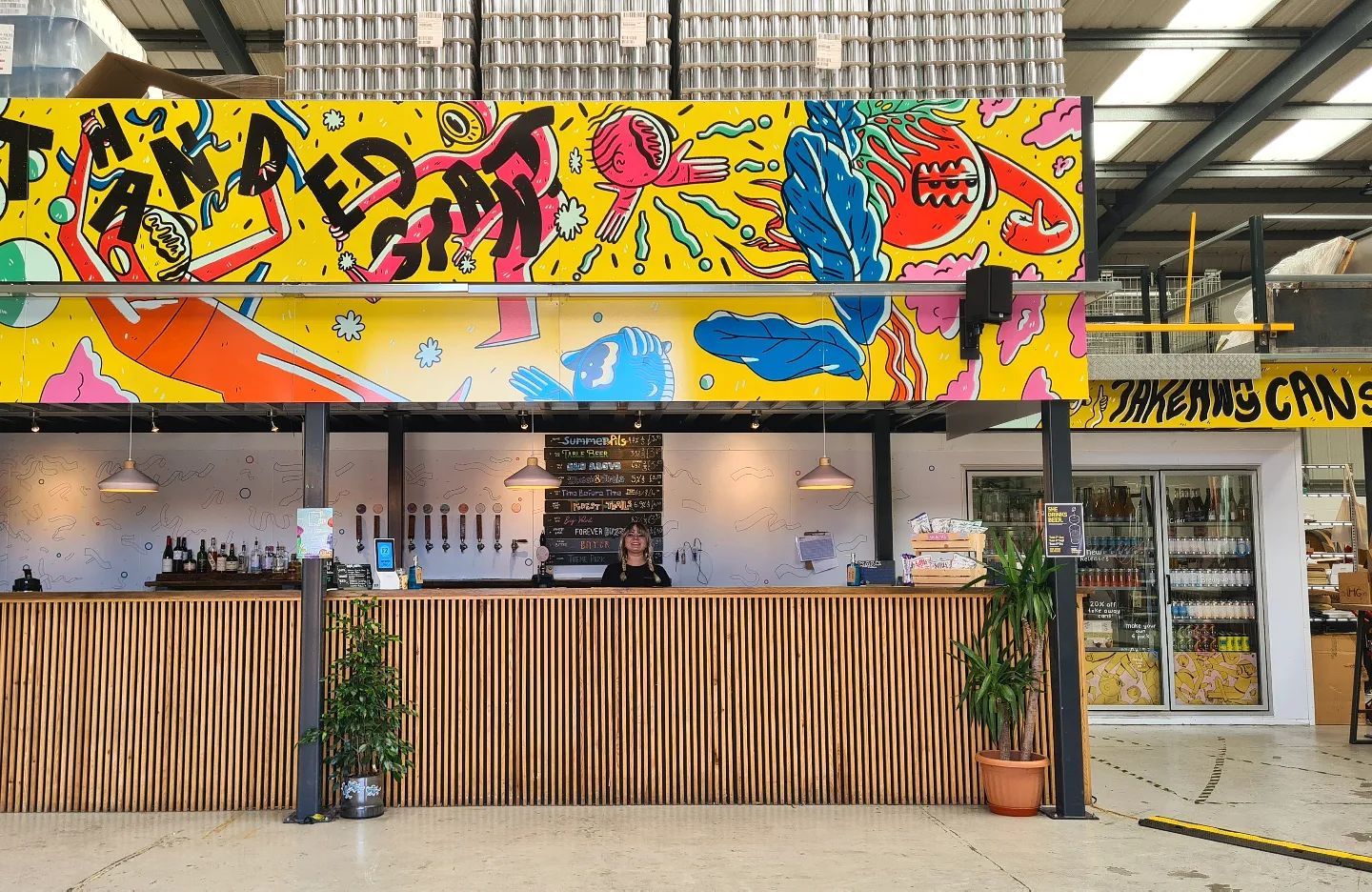 Newton Park is another newish addition to Bristol’s ever-growing beer scene, having opened in 2020. The taproom, located next door to the brewery and in the same industrial park as LHG, boasts a 60-capacity indoor area as well as a sizeable outside space.

Their roster features beers such as the Gimme Gimme pastry stout, the Newtoberfest festbier, the It Comes In Waves APA and the Somewhere Familiar gluten-free beers to name but a few. Each of Tapestry’s beers is crafted by an adult with a learning disability, currently on offer they have Boombox Table Beer, All In pale ale and Jarrylo Meadow New Zealand session IPA. 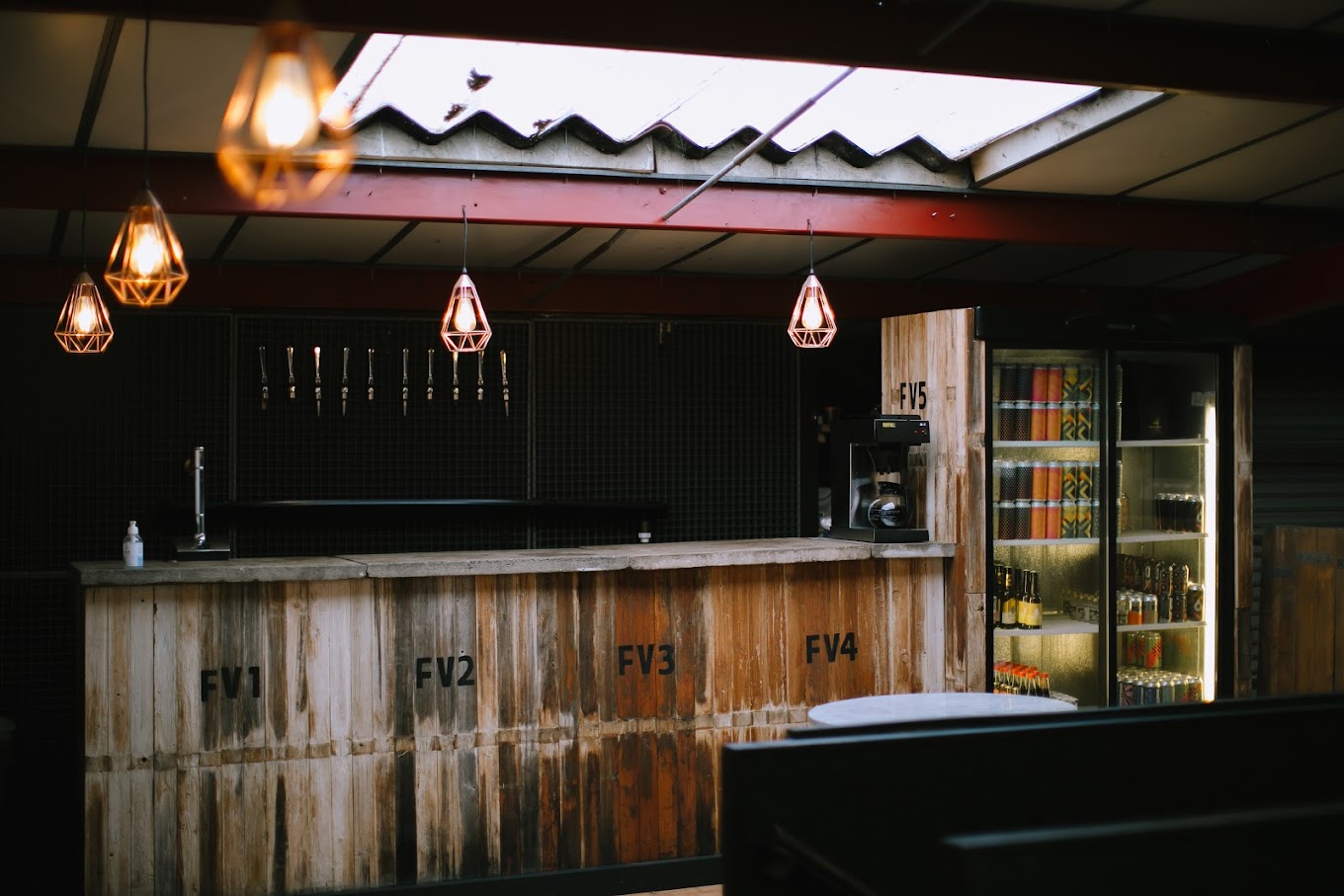 From Citrus soaked session beers, Mango and Coconut IPAs and blow-torched brown sugar and coffee-infused stouts, New Bristol Brewery is (as the name suggests) a modern brewery through and through. 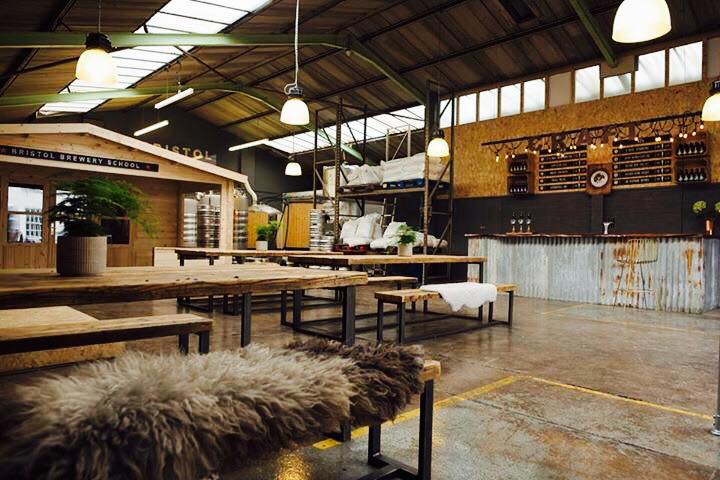 Originally more of a nomadic brewery, Wiper and True now operates from two sites, one (the original) in St Werburgh’s and the other in Old Market. The latter, a newer location is the largest, however, we’ve lumped for the OG. 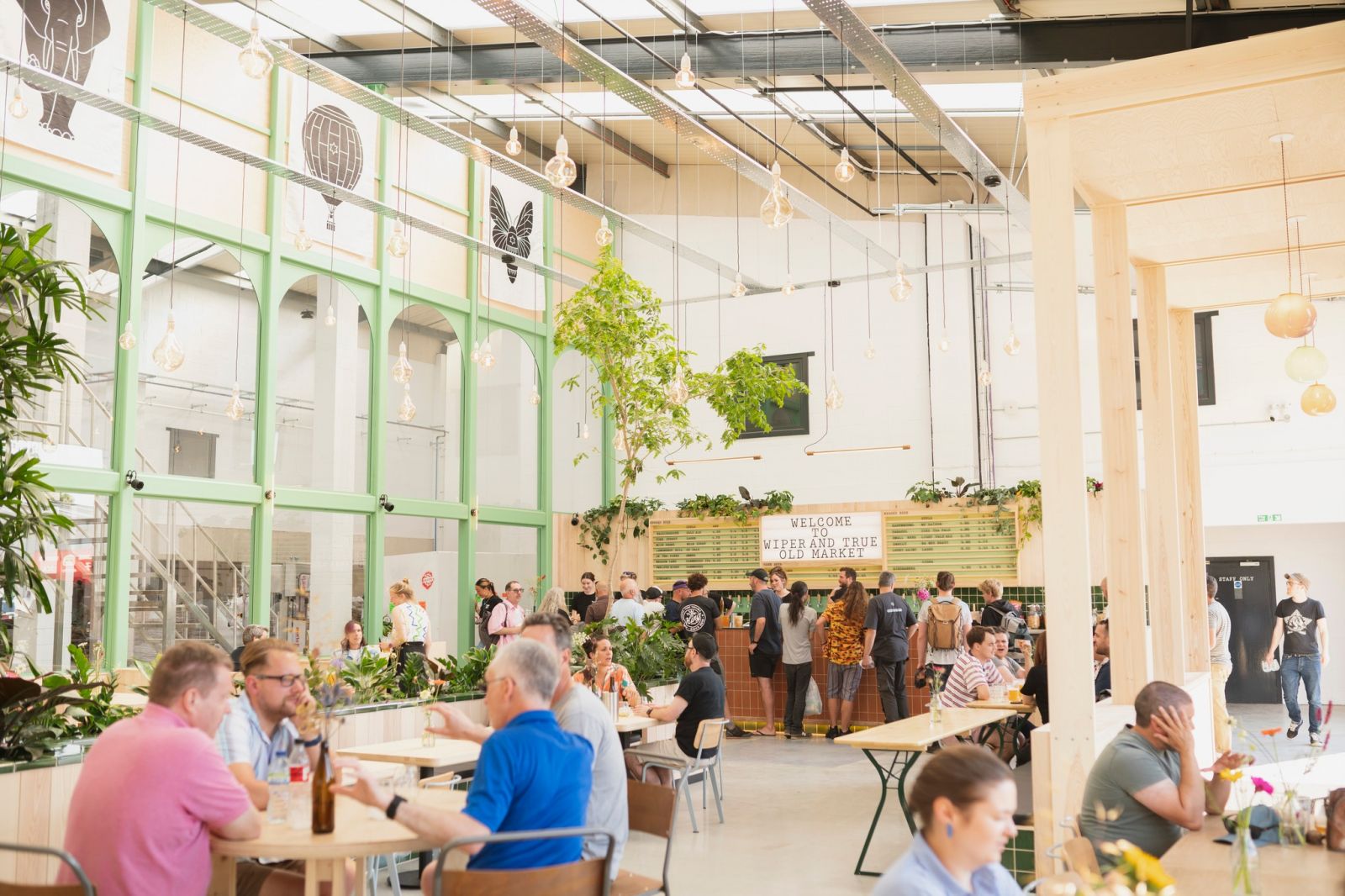 Situated in the heart of St Werburghs, this independent craft brewery and taproom in modern and seasonal beers, with styles ranging across the entire spectrum of beverages. Brewed and canned on-site, this is a Bristol independent through and through.

The Tap Room is a space that reflects the heritage and history of the rich and diverse craft beer industry - bookings can be made through email. 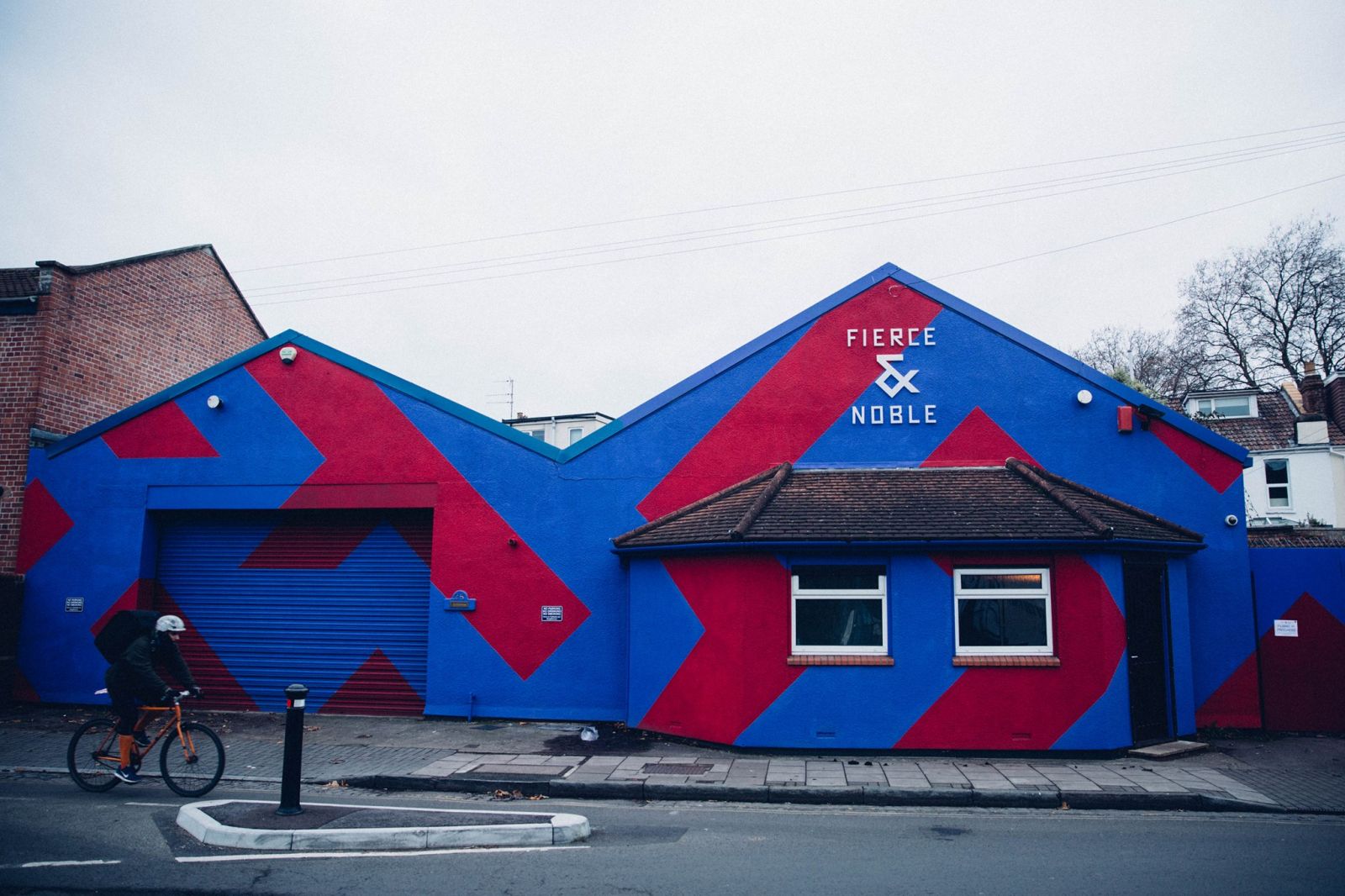 One of South Bristol’s most popular spots for a quick drink, particularly before the football or rugby, BBF’s extensive range of beers can be found throughout Bristol and beyond – in particular the brewery’s venues Barley Mow, BBF Taproom and Arnolfini. Established in 2016, the team at Lost and Grounded are inspired by the German and Belgian approaches to the brewing process. With a spacious outside area at their dog and family-friendly tap room, L&G are a firm Bristol favourite.

Their staple offering Keller Pils is one of a whole range of exciting beers that includes IPAs, red ales and much more. 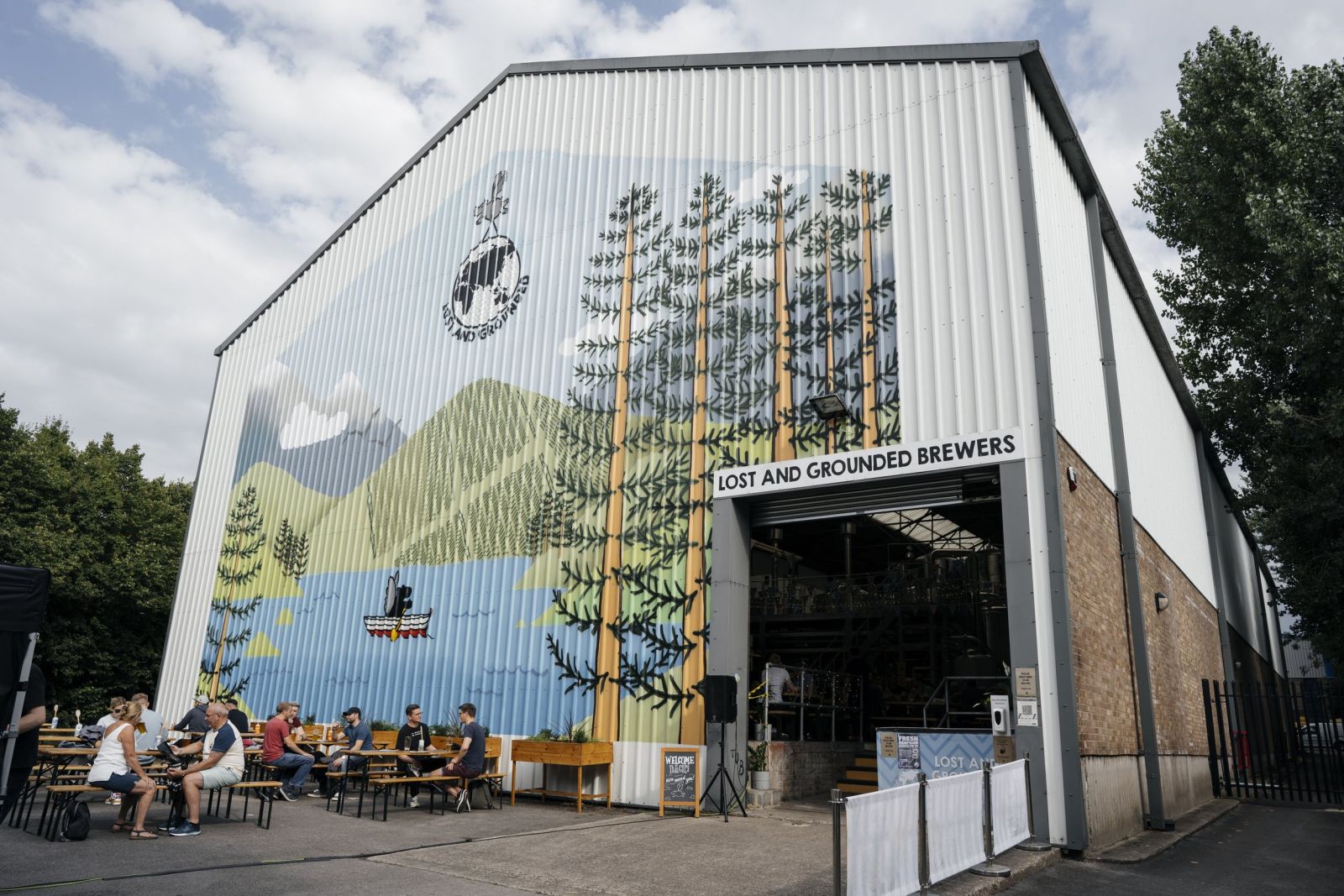 Starting life in Timsbury, Somerset in 2005, Dawkins has since opened a Bristol brewery. The brewery counts six of the city’s best-loved pubs among their roster, including The Miner’s Arms, The Hillgrove Porter Stores and The Green Man.

Bristol Blonde is perhaps their most popular (in 2014 it won Gold in the region’s biggest beer contest) but Dawkins boasts an impressive selection of beers. Closing our rundown of the best breweries and tap rooms is Arbor. Opening in 2007, it has become one of the biggest names in the UK craft beer game, known for being one of the country’s only breweries to package their beer in pint cans.

With a taproom in the yard of their Easton brewery, punters can sample classics such as A Bomb, Mosaic and Shangri-La in addition to high percentage cans such as Diary of an Impy Kid and Elliot has Left The Building.