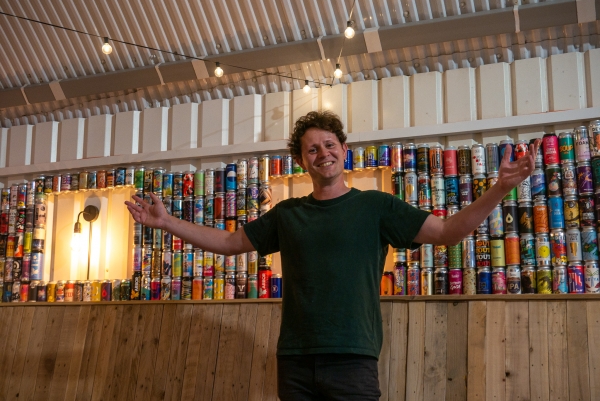 Getting to know Little Martha Brewing with Ed Morgan

Last month, we sat down with Ed Morgan of Little Martha Brewing - a brewpub in St.Phillips - while he and wife Pelin were hard at work maintaining the titular pub.

In your own words, who are Little Martha, and what do you do?

So we are a brewpub, which is a pub that brews it’s own beer, simply enough.

So, although we are a brewery, we’re mainly a venue for people to come and enjoy. So we serve a bunch of things alongside our own beer, some of the best guest beers we can get our hands on, wines, spirits, the works.

What we set out to make was a really relaxed place for people to come and enjoy their evenings.

There are three of you that run Little Martha, right?

That’s right, three of us started the business together: My wife Pelin and I, and our friend (who’s an ex-colleague of hers) called George. 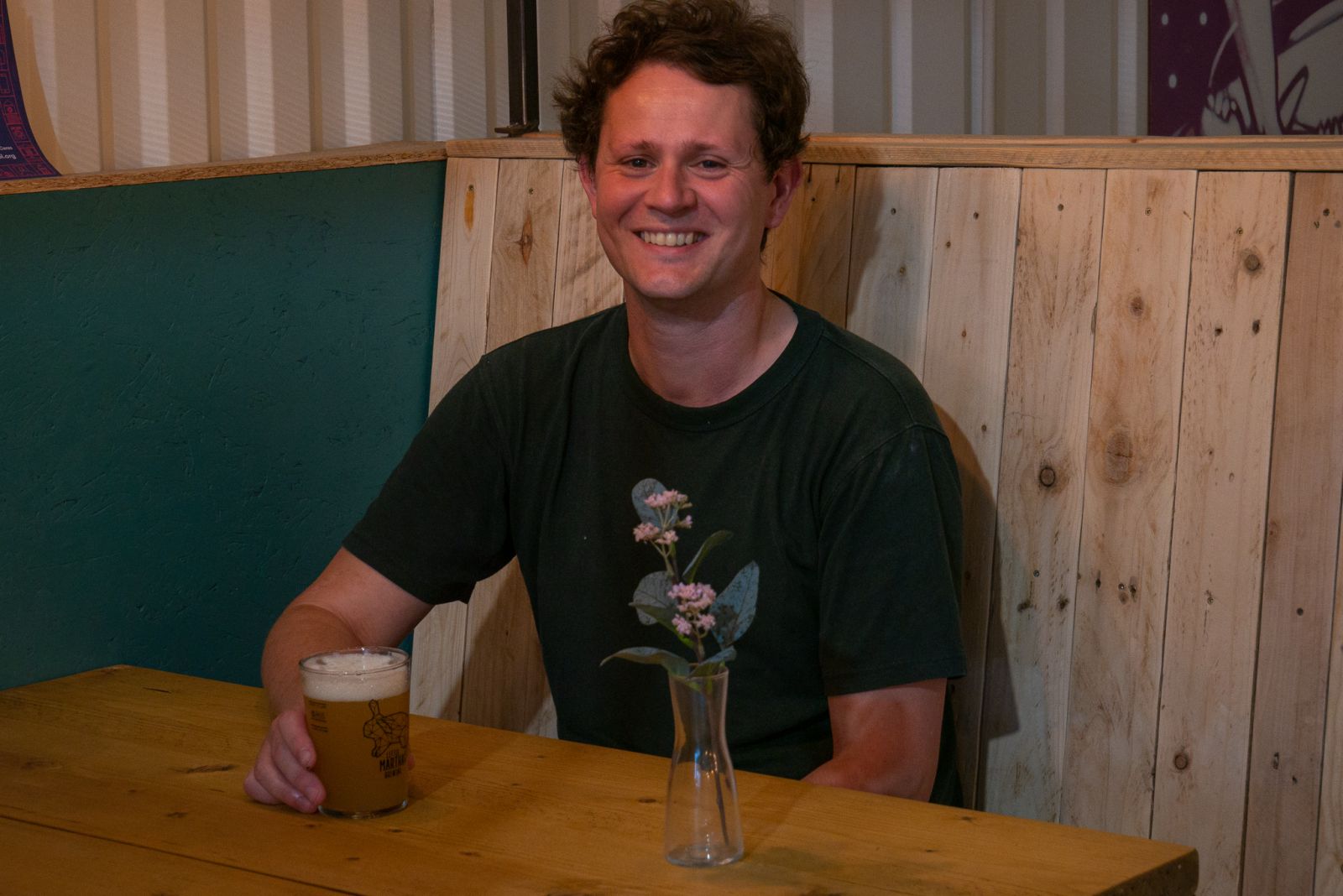 All three of you are engineers – I know you used those skills to build this place yourselves, but do you think that an engineer’s skills or mindset affects how you brew?

Hm...yes. I would say so. It doesn’t necessarily affect the beer, but my engineering background is very much problem-solving. So, putting together your own brewery and not coming from a formal background – it really helps putting things together, basically.

My background is manufacturing and industrial, so having a process transfers quite nicely over to brewing. Brewing is very much a controlled science – or a controlled art, if you like. You can have all the wonderful nose and talent for a recipe you like, but if you can’t brew it the same each time, pretty soon your customers are going to get sick of you.

But definitely our background, particularly when it came to building the place, was a real help. Between the three of us, and friends who we know through our engineering, we got a lot done ourselves.

Let’s talk about the name – my understanding is that Little Martha is named after a very special Russian rabbit.

During the Russians’ phase of throwing up animals into space, one of the first animals that went into orbit and successfully returned was a rabbit, called Marfusha – which translates as “Little Martha”.

Pelin and I have brewed our own beer for a long time, and she has a real passion for space and space exploration – so a lot of the beer names come from her, and are space related. We had a strong idea for a logo of rabbit, so the two came together, and we have Little Martha’s. 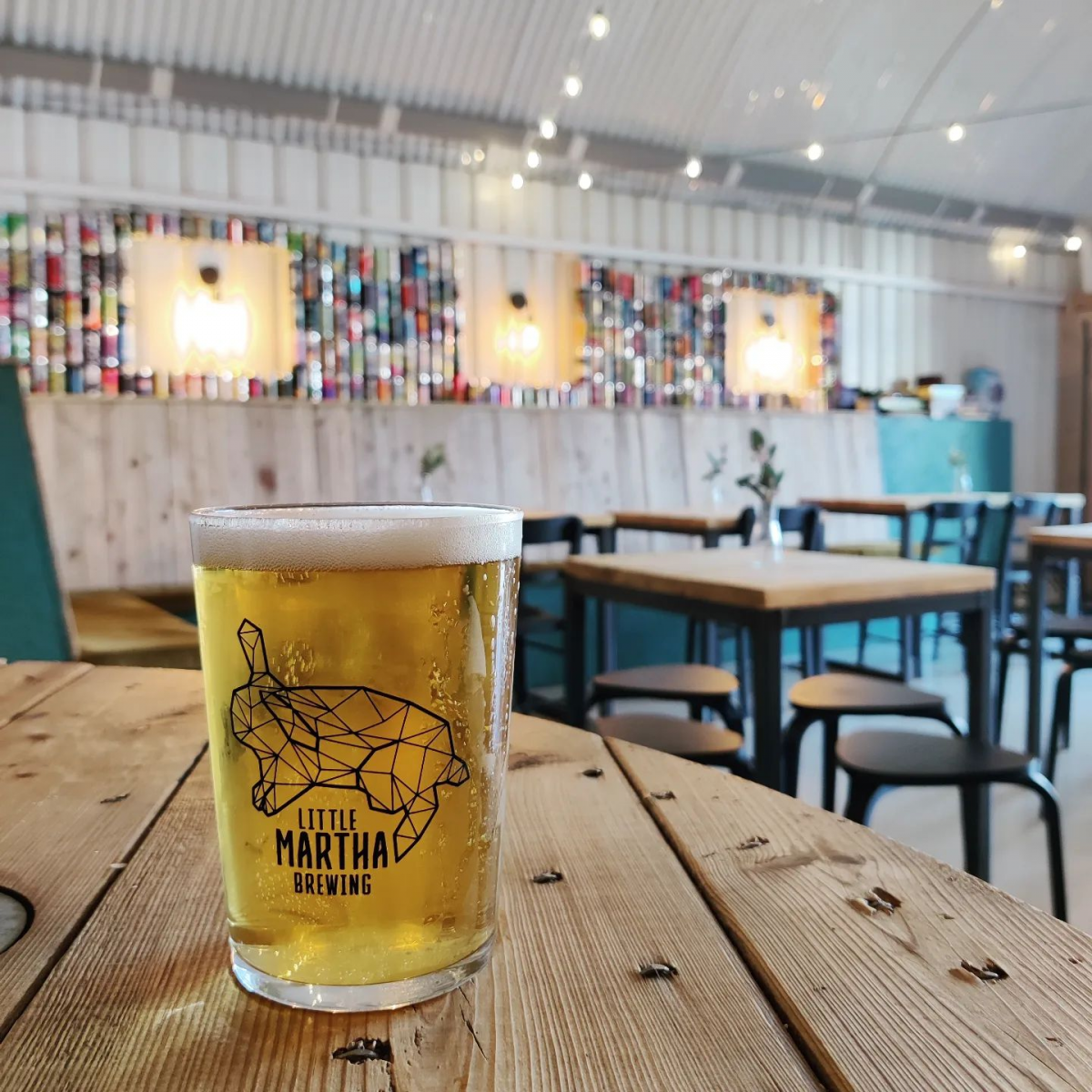 Bristol’s beer culture is great – it’s something that really got me into beer a lot more than I was before I moved here. Something I particularly enjoy is there’s a huge variety of Bristol breweries, all of which largely do their own thing. If you look at Moor, or New Bristol, or Good Chemistry, or any of those guys, you can pick out a beer of theirs from a mile away.

So most of the Bristol breweries have really well developed styles, that are really complimentary to each other; there’s not too many places trying to make the same beer, which I think is a contributing reason to why there are so many successful breweries in Bristol.

They all make great beer, and they all contribute really well to the scene, which is why you get all these great events like the East Bristol Brewery trail, in which breweries can work together. It was a really nice thing to sample as a consumer and something we’ve really enjoyed becoming a part of. We’ve found a huge welcome from the other breweries since we started our own place.

Do you think you’ve found your version of that style – or are you still exploring?

Our beers are heavily influenced by the fact that we are a brewpub, but our own tastes probably largely lead toward brewing beer in that style anyway.

We try to make each one a unique beer that wouldn’t be easily forgettable, but I always say the ideal beer for me is the one I just finished – I’d like to have another one. In our setting, rather than pushing beer out into trade and to wider retail, the huge majority of our beer comes through our taps. So that lends itself really well to that style of beer.

We never want to make a forgettable beer, but it has to be something that you can enjoy over several drinks, rather than just one and then move on to something else.

Exactly yeah, regardless of the style or the strength, we always try to brew something that people enjoy drinking, goes down easily, something they’d like to have more of.

This might be a hard one but...which is your favourite of your own brews?

My favourite is our stout.

Which I believe is just called Stout?

It is just called Stout, yes.

I am a big dark beer drinker, myself, a lot of the time. I love a mad duck beer, fruited or loads of crazy flavours in a modern craft stout is a wonderful thing, but there’s something really beautiful about a classic stout that you can just keep going with, nice easy-going, gently roasty, and that’s what we try to do with ours, so that’s very much my favourite.

What about the other breweries in Bristol – do you have a favourite beer from those?

Ooh, let me see...that’s a good question. One of my – they haven’t brewed it for a good while – but one of my very favourites is a beer called ‘Smoky Horizon’ by Moor, which is a spectacular smoked rye beer. They do it once a year. Delicious, beautifully well balanced, heavy smoke, really drinkable, despite a strong flavour.

Of current stuff, I’d say ‘Running With Sceptres’ [Lost and Grounded Brewers] is a really big favourite of mine; clean and classic, but still with a lovely nose to it.

Come to us next month for a guest lineup of genuine German festbier! We'll tap four kegs of Bavarian goodness on Friday 24th and keep pouring all weekend til they're gone. Prost! pic.twitter.com/qXEECJofeo

Is there anything exciting coming up at Little Martha?

We’ve got a few events coming up, we’ll have our birthday – which we’re working on already – we’re throwing a birthday bash at the end of October to mark a year of us being in business in this venue. It should be really exciting, we’re hoping to get music on, we’ll have some food, probably launch a couple of beers. Still in early days but that should be a really exciting day.

We’ve got some food events we’re working on, and a couple collaboration brews that I won’t say too much about yet because they’re not nailed down.

But there are some potentially in the works?

Finally, what would you do if you were mayor for the day?

I would close all the roads, and turn the city into a cycling paradise.

Thanks Ed - see you in October.