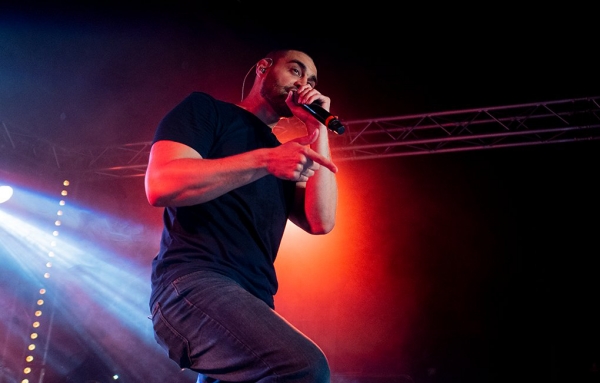 Lowkey to host discussion on art and activism at Trinity Centre

The revered rapper and activist will be appearing as part of Trinity's Art of Resistance project.

British musician and activist Lowkey is set to lead an exclusive talk at Bristol's Trinity Centre in August, as the latest guest speaker included in the venue's 'In Conversation With' series.

Part of Trinity's ongoing Art of Resistance project, the internationally-respected artist will be exploring his own inspirations, how he uses art as a form of activism and his continued commitment to social justice.

05 Aug: British rapper & activist @Lowkey0nline has been a consistent and powerful voice against Islamophobia, neo-imperialism, & the plight of Palestine. Join him for an evenings conversation at Trinity #GetInvolved ???? https://t.co/gEzxBGeYkE pic.twitter.com/Zawz1Cxyvx

A key figure in campaigns against Islamophobia, neo-imperialism and the treatment of Palestine, Lowkey has established himself as one of the most articulate and urgent voices of our time.

Since launching his rap career in the early 2000s, he's worked alongside an array of celebrated British musicians, including Wretch 32, Akala, and members of Arctic Monkeys, Babyshambles and Revered and the Makers as part of supergroup Mongrel.

Lowkey has performed live across the UK and around the world, clocked up millions of streams on Spotify and garnered close to 50 million views across his releases on Youtube.

More recently, the London-based campaigner has been a consistent and influential voice in support of the people of Palestine as their struggles once again made international headlines.

Lowkey is set to become the latest guest speaker in Trinity Centre's 'In Conversation With' series, highlighting leading figures who combine art with activism and use their platforms to push for social change.

The events have been organised as part of Art of Resistance, a project launched in 2020 to explore Bristol's relationship with, and history of, artistic expression and activism.