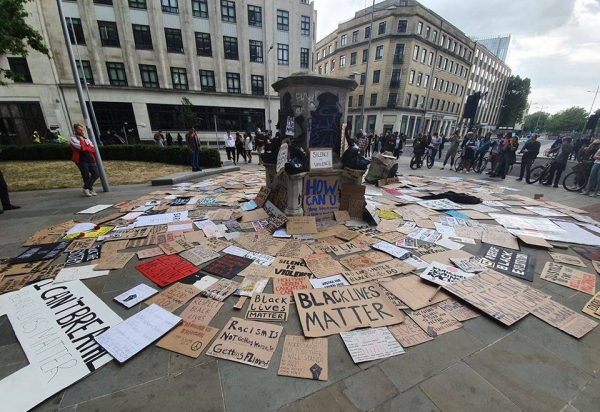 Art of Resistance will document the last 100 years of protest art in Bristol.

A team backed by the Trinity Centre have officially begun research into a new project exploring Bristol's relationship with radical art and activism.

In response to the creative outpouring sparked by a historic Black Lives Matter march in June, Art of Resistance will delve into the history of protest in Bristol and document the art that underpinned a wide range of demonstrations.

From poetry to illustration, performance and street art, the new project will collate the creative responses to key movements spanning the last hundred years, including fights for Women's Equality and Worker's Rights, and against fascism. 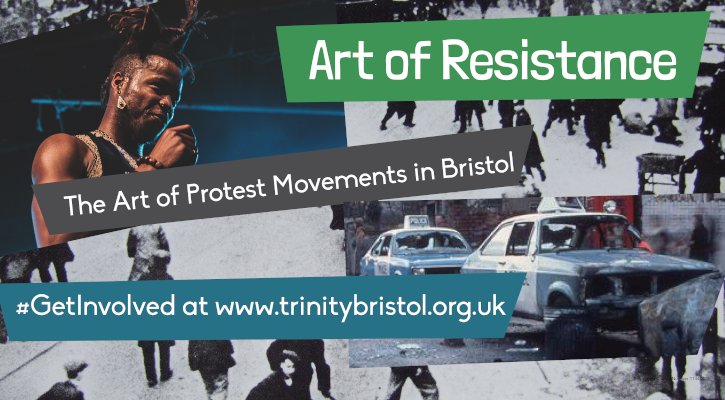 Over the course of two years, local historian, writer and curator, Dr Edson Burton, will lead a project team in documenting and celebrating art and creativity linked to a century of significant protests.

Speaking on the announcement of the project, Dr Burton said: "2020 could not be timelier for the launch of Art of Resistance. We’re really pleased to be able to launch this two-year project at a time of great public movement in the city.

"We will work with people across the city to document the unofficial histories that are often lost over time, and capture Bristol’s creative and activist spirit by exploring the art that underpinned movements that have shaped our diverse city and country.”

Allocated by The National Lottery Heritage Fund, a grant of £150,000 will support a broad programme of research, talks, events, artist commissions and exhibitions, as well as the creation of an online archive to chart untold stories and publish research findings.

Excited to announce our new #ArtofResistance project funded by @HeritageFundUK Led by @EdsonBurton exploring 100yr of protest in #Bristol & the art that made each movement. Thanks to @MoodyColin for the great pics to get us started! #Resist https://t.co/9vuQFIzpfN pic.twitter.com/qjKMIecF8t

Trinity and the Art of Resistance team will be working alongside a number of research partners as part of the project, including Dr Madge Dresser, Honorary Professor of History with the Department of Historial Studies at Bristol University.

“From Bishop Wulfstan to Jen Reid, Bristol has had a long and distinctive tradition of calling out injustice," said Dr Dresser.

"The arts and music have helped to rally differing groups to ally together against self-serving privilege and callous greed.

"Given its own history, Trinity is especially well placed to showcase the many ways in which the city and the nation can come to know itself in a more honest and dynamic way.”