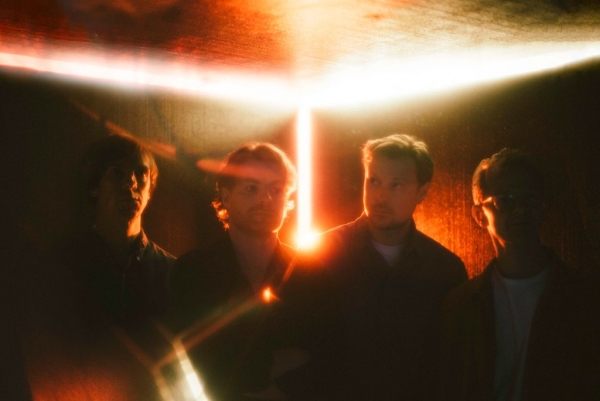 The Mercury-nominated art-rockers are going back on the road in support of their fourth full-length album.

Renowned London-based four-piece Django Django have announced a full schedule for their eagerly-anticipated 2021 UK & European tour, set to perform at Bristol's SWX on Wednesday 20 October as part of a busy 26-show run.

Celebrated across the UK for their creative approach to songwriting and inimitable live performances, the band will be touring in support of their recently-released fourth studio album, Glowing in the Dark.

Tickets for Django Django's full tour, including their Bristol show, are on sale now and can be found here.

Where will you be seeing us on tour this year? https://t.co/0DFLVE1tg7 pic.twitter.com/9pj4sr4Oqp

Having emerged in the late 2010s and made a name for themselves internationally with their 2021 self-titled debut album, Django Django have carved out a reputation as major frontrunners of the modern British indie sound.

The band have been universally praised across the music press throughout their career, garnering glowing reviews from the likes of NME, Mojo and The Guardian, with the latter describing the band's output as "music that sounds close to perfection".

Their latest album, Glowing in the Dark, marks yet another change of pace for a group known for their willingness to take creative risks.

Armed with new material that, almost three months after its release, has yet to be played in front of fans, Django Django are embarking on one of their biggest live tours to date later this year.

Across October and November the band will be performing on some of the UK and Europe's biggest stages, kicking off at Belfast's Limelight and closing at L’Epicerie Moderne in Lyon.

Django Django will be playing live at SWX in Bristol on Wednesday 20 October. Tickets are on sale now and can be found here.