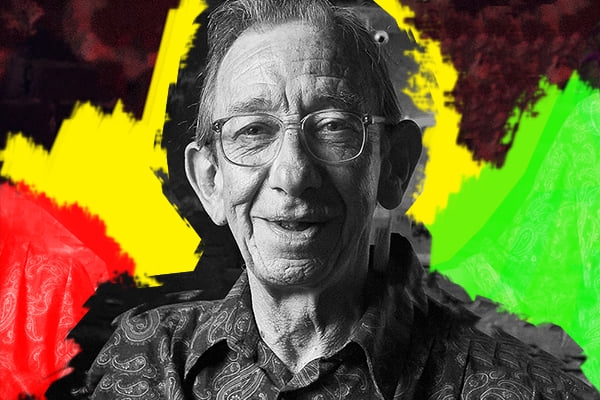 Organisers are raising money to fund a huge mural to be painted by a team of renowned Bristol-based artists.

Family and close friends of the late DJ Derek have launched a crowdfunding campaign to support the installation of a memorial mural in his honour.

Unveiled on 22 April to coincide with the sixth anniversary of the iconic DJ and community ambassador's funeral, the One Love DJ Derek project is aiming to raise a total of £3,500 to fund an eye-catching art piece adjacent to the M32 motorway.

Revered Bristol-based street artists Inkie, HazardOne, Zed in the Clouds and KOSC are among those confirmed on the commission, which organisers say will become "the [first or] last piece of art you see as you enter or leave the city."

Born and raised in and around central Bristol, Derek Serpell-Morris resigned from his accountancy job in the late 1970s to follow a career in music, becoming a key component of what was then a burgeoning Bristol scene.

Regarded for decades as the personification of the city's multi-cultural and forward-thinking musical spirit, DJ Derek's selfless devotion to sound and diversity saw him earn cult status across the Westcountry and beyond.

A proud ambassador of a broad spectrum of genres, from reggae and ska to dancehall, R&B and much more, he was once described as a musical "encyclopaedia" by friend, filmmaker and BBC 6 Music DJ Don Letts.

Now, in honour of DJ Derek's incredible life and dedication to his craft, One Love are appealing for donations to cover the artist costs, materials and equipment needed to create a huge mural near St Pauls.

The team are also planning to apply for Arts Council England funding to support the project, with any surplus donations to be allocated to similar community art projects in and around the local area.

At the time of writing, close to £500 of a £3,500 target has been raised. For more information, to follow updates or to make a donation to the One Love DJ Derek project, head to the JustGiving page or find the team on Facebook.