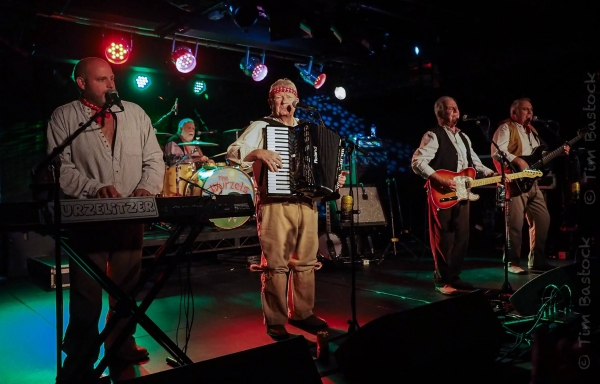 Known for their penchant for the comedic, the South West's very own Scrumpy n' Western band are back at The Fleece again next month for their traditional annual Christmas show.

The Wurzels will be at Bristol's The Fleece on Tuesday 6 December.

Tickets are running very low for this special seasonal event that sells out year after year with a riotous live show guaranteed to be packed full of double entendre, mainstream parody and a comical folk style. The perfect accompaniment to a little bit of cider drinking.

Head to The Fleece's website now to grab your ticket before they are gone.

Just picture the look of sheer delight in the faces of the lucky young uns who unwrap this on #Christmas Day!????????https://t.co/kBYa8tyQfS pic.twitter.com/N59q62FA5Y

Formed in 1966 as the band for singer/songwriter Adge Cutler who would sing folk songs about cider making (and drinking), farming, industrial work and the West Country area with strong comic undertones.

That same year, the group recorded a live album (their debut) at The Royal Oak Inn in Nailsea. The release proved immensely popular locally before the sing-along classic ‘Drink Up Thy Cider’ reached number 45 in the UK charts, making The Wurzels a national sensation.

The group’s newfound success saw them tour all over the UK and make a slew of television appearances. However, in 1974 witty frontman and Somerset treasure Adge Cutler died in a tragic traffic accident.

However, the remaining Wurzels (Tommy Banner, Pete Budd and Tony Baylis) were determined to continue Adge’s legacy. In 1976, the band’s song ‘The Combine Harvester’ was picked up by Radio 1 DJ Noel Edmonds and, within a week, hit the top of the UK charts.

Their follow-up, ‘Cider Drinker’ with its witty lyric ‘When the moon shines on the cowshed’ (a play on ‘Una Paloma Blanca’) also proved a big success, selling over 250,000 copies. Thanks to this commercial success, The Wurzels were a regular fixture of venues, nightclubs and cowsheds as well as on TV and radio shows throughout the 1970s.

The following years saw The Wurzels embark on national and world tours, including a series of shows in Canada – which gave them their first number 1 single outside the UK with ‘Combine Harvester’ and ‘The Blackbird’.

Since those heady days, The Wurzels have released a number of successful (and hilarious) cover albums featuring the likes of ‘Don’t Look Back in Anger’, as well as the successful charity football anthem ‘One For The Bristol City’. Last year, the band's drummer, Joe Morgan, sadly passed away after contracting covid aged 80. 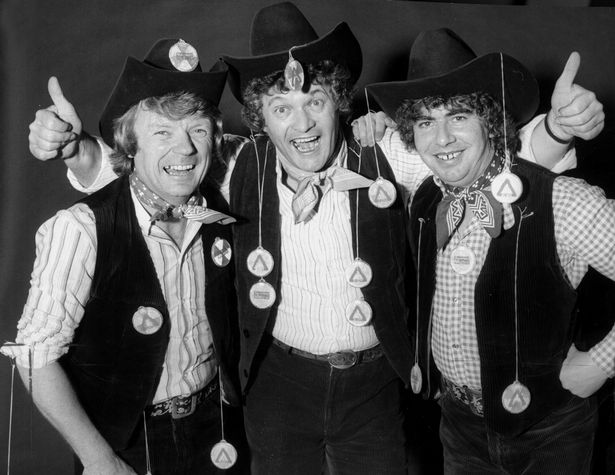 The West Country icons certainly haven’t burnt out over the years and are embarking on a 6 date UK Christmas tour next month. So, cider lovers can expect a riotous show when The Wurzels return to The Fleece again on Tuesday 6 December.

Tickets for the show are running low so grab yours HERE.