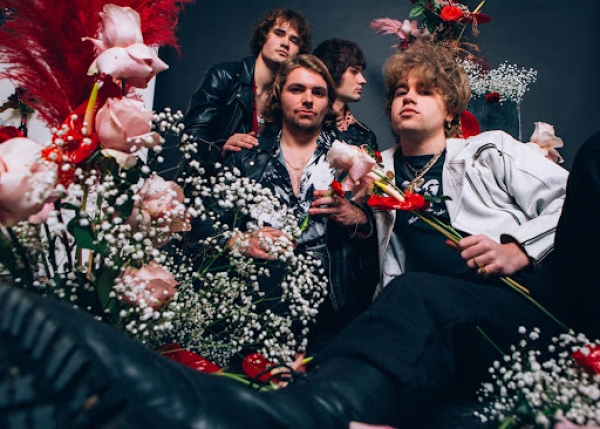 The Velvet Hands to arrive in Bristol this winter

The third of five dates across the country sees the group land in Bristol, with the band set to arrive at The Crown on Wednesday 9 November.

More information and tickets can be found via the band's website.

Comprised of Toby Mitchell, Dan Abe, Louis Mitchell and Sam Hilder, The Velvet Hands formed in Cornwall, where they began performing together.

It was clear the four-piece were destined for bigger things, with the band eventually relocating to London, becoming a staple of the city’s underground guitar music scene.

The group’s acclaimed output fuses slacker storytelling with driving guitar riffs, and was described by NME as ‘full of bolshy spirit’.

After a busy summer festival season that saw them perform at Boardmasters and the Pilton Party Auditions Final, where Glastonbury founder Micheal Eavis picked them as support at the now infamous Pilton Party, The Velvet Hands have announced a string of winter gigs.

Alongside this, the band revealed that ‘Telephone Love’ – a brand new single taken from their forthcoming sophomore album – will be released on Friday 28 October.

The Velvet Hands will arrive in Bristol on Wednesday 9 November. More information about this gig and tickets can be found via the band’s website.