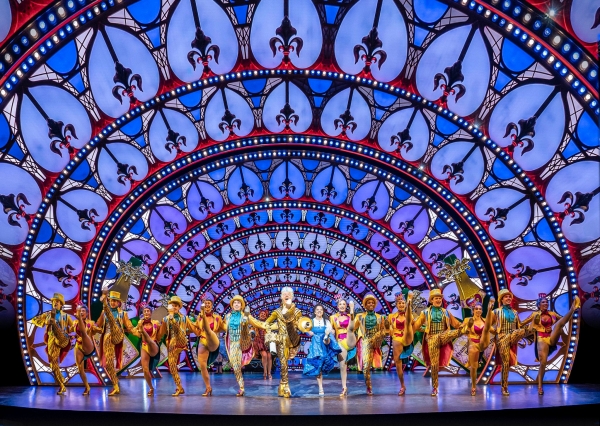 Tickets are already on sale for Beauty & The Beast, Disney’s ‘spectacular’ musical adaptation.

This month, the ‘all singing, all dancing’ ever-popular musical will be running at the Bristol Hippodrome, from the 29th of the September to the 12th of November.

Beauty & The Beast is a veteran of the West End – having wowed audiences for 25 years. But, like a phoenix rising from an already-impressive phoenix, the spectacular juggernaut of a show is being imbued with brand-new life.

The genius, original creative team have reunited for a brand-new production of the show – taking a classic musical and reinvigorating it to be bigger, better, and even more breathtaking.

The show will, of course, feature the truly magical work of songwriters Alan Menken, Howard Ashman and Tim Rice – classics that everyone can sing along to, like the famous Be Our Guest, and enchanting title track Beauty & The Beast.

The show has been reviewed as “One of the most visually impressive shows I’ve ever seen” (Time Out); this is definitely a must-see, whether you’re a Disney fan, a musical lover – or even just a romantic.

The cast is comprised of skilled actors, powerful singers, and star studded names: Courtney Stapleton takes the role of Belle, with Shaq Taylor playing across from her as The Beast.

Excitingly, Dame Angela Lansbury (who played Mrs.Potts, the animated teapot, in the original film) will make an appearance as narrator. Lansbury is sure to bring some star-powered oomph to the already-powerful production, and fans of the original property will be delighted to see her back again.

Whatever your reason for wanting to see this show – you won’t be alone. So, make sure you pick up your tickets quick; if any show sells out, it’ll be this once-in-a-lifetime resurgence of this famous production.

As a reminder, the show is running from the 29th of September to the 12th of November. Get your tickets here.