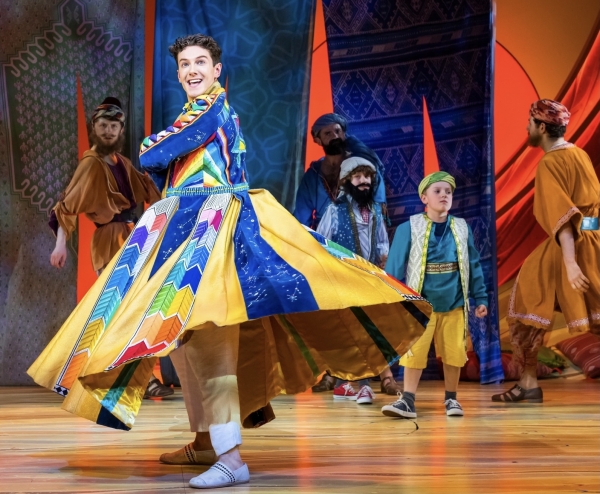 Joseph and the Amazing Technicolor Dreamcoat will run in Bristol from Tuesday 30 August until Saturday 10 September.

This brand-new production of an absolute classic musical is coming to the city’s largest theatre for two weeks only with a superb cast that features the likes of Jason Donovan, Linzi Hateley and Jac Yarrow.

Dreamers, only ONE WEEK to go until @JosephMusical opens! ????

Go, Go, Go, get the best tickets for you with a little help from this availability calendar ????

The story of Joseph and the Amazing Technicolor Dreamcoat began in 1967 when Lloyd Webber and Rice were commissioned to write a piece for a London school choir. The result was a 15-minute pop cantala retelling of the biblical story of Joseph, in which its creators humorously pastiched several pop styles.

Fast forward over fifty years and their creation is a multi-award-winning and much-loved family musical that has been performed in over 80 countries worldwide and seen a heap of famous names star, including the likes of Sheridan Smith, Alexandra Burke, and Phillip Schofield.

Told entirely through musical numbers with the help of a narrator, the play follows Joseph (favourite son of Jacob) who is sold into slavery by his jealous brothers. He eventually finds himself in an Egyptian jail where he discovers that he can interpret dreams, a skill he resolves to put to good use.

The London Palladium production coming to Bristol features Linzi Hateley as The Narrator, Jason Donovan as The Pharoah (pictured below) and Jac Yarrow as Joseph in what looks set to be a highlight-heavy production.

On top of this star-studded cast, Joseph and the Amazing Technicolor Dreamcoat boasts a heap of musical theatre classics, including ‘Any Dream Will Do’, ‘Close Every Door To Me’, ‘There’s One More Angel In Heaven’ and ‘Go, Go, Go Joseph’.

Joseph and the Amazing Technicolor Dreamcoat runs at Bristol Hippodrome from Tuesday 30 August until Saturday 10 September with tickets available from £13.00. Tickets can be found here.

For a comprehensive rundown of everything coming up at Bristol’s biggest theatre, head to the Bristol Hippodrome website.