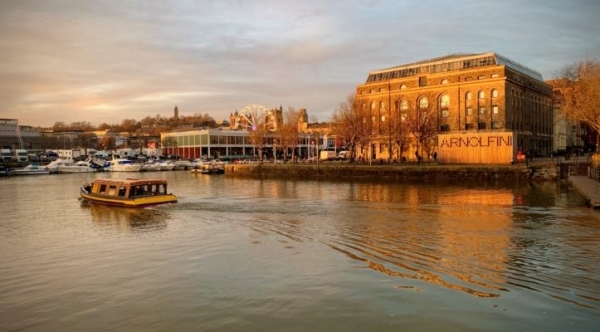 A special film screening with an accompanying live performance is coming to BS1 this autumn.

The centenarian flick will be accompanied by a live piano performance of a brand-new score from Bath-based composer Dominic Irving.

More details about this event can be found and tickets can be booked via Arnolfini's event webpage.

A tale of obsession, the conformity of societal norms, the redemptive power of family and the corrupting influence of money, Murnau’s ‘Phantom’ is a forgotten classic.

Thought lost for many years, the movie is widely regarded as a precursor to Hitchcock’s psychological thriller, ‘Vertigo’ (1958).

The film follows an aspiring poet who believes himself to be on the verge of a big break, before a chance encounter with a woman he falls in love with derails his promising career.

‘Phantom’ has recently been restored by Friedrich-Wilhelm-Murnau-Stiftung, Wiesbaden – an organisation set up to preserve the work of Murnau – and will be screened at Arnolfini on Sunday 11 September at 14:00.

Alongside the screening, Bath based composer Dominic Irving will be performing a brand-new score live.

This special event is part of Bristol Ideas’ ‘Modern 1922’ series - a project that explores the worlds of film, literature, music, politics and more 100 years ago.

Tickets for this event cost £9, but there are various concessions available. Visit this event’s webpage to find more details.