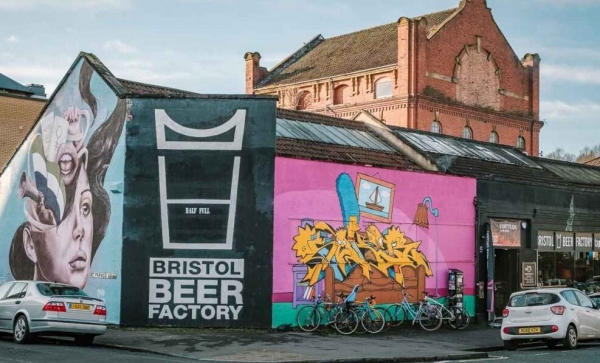 The inaugural event will bring a host of local businesses together for the first time to celebrate Bedminster's craft beer scene.

Running throughout the Jubilee Weekend, from Thursday 2 to Sunday 5 June, the weekend-long celebration will allow attendees to enjoy a hoppy beverage while following a map of some of BS3’s key watering holes.

This four-day event will give visitors an opportunity to check out a range of local independent venues and try well over 100 beers – including an exclusive festival beer from Bristol Beer Factory. 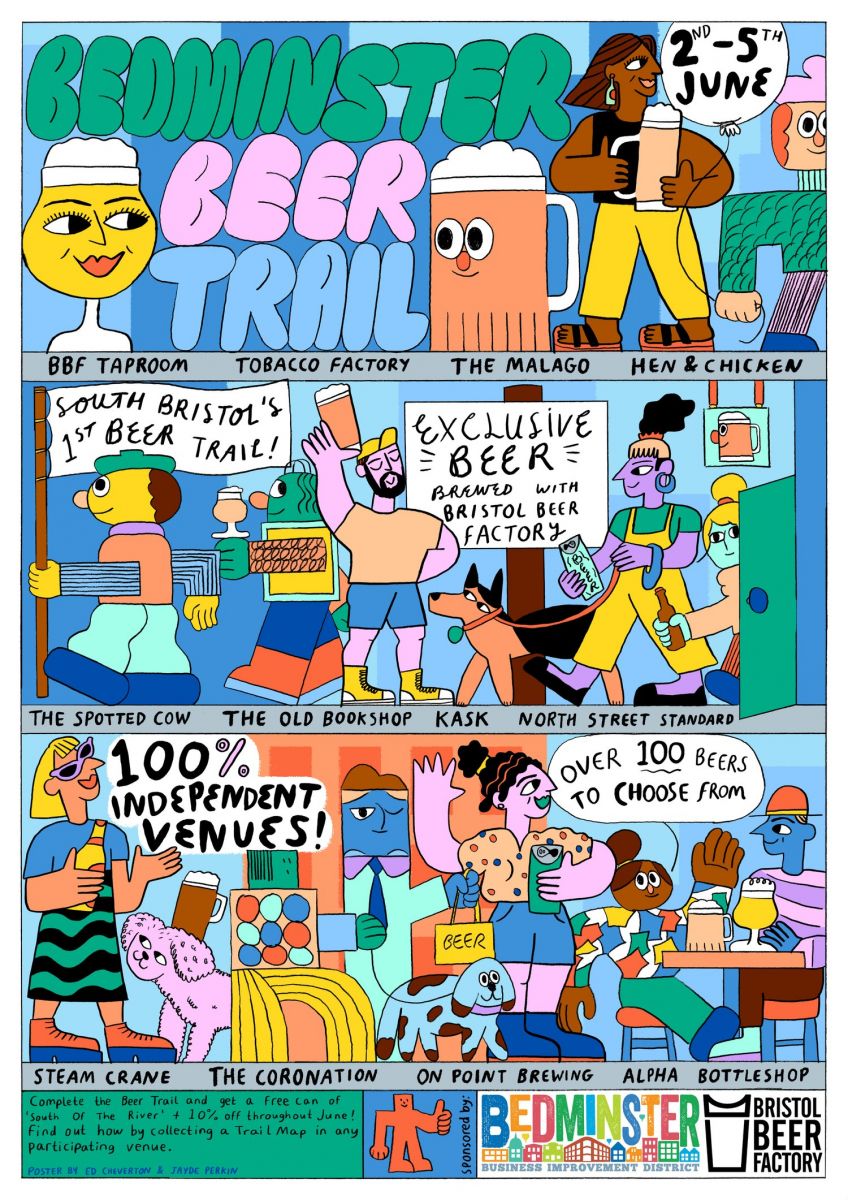 What better way to enjoy an extra-long weekend than sipping a cold pint of local beer at an independent pub or bar. Bedminster’s brand-new beer trail – south Bristol’s first – features the likes of Tobacco Factory, The Spotted Cow and The Coronation.

One of the city’s most popular breweries is first up on the trail. Bristol Beer Factory’s North Street-based taproom offer their own beer in fresh cask form, in a keg or in a can and are providing the trail with their specially brewed ‘South of The River’ beer.

Next up is Tobacco Factory (pictured below). Owned by former mayor George Ferguson, the historical bar, café and theatre has hosted craft beer festivals in the past and have a range of craft beers from local independent breweries on tap at all times. 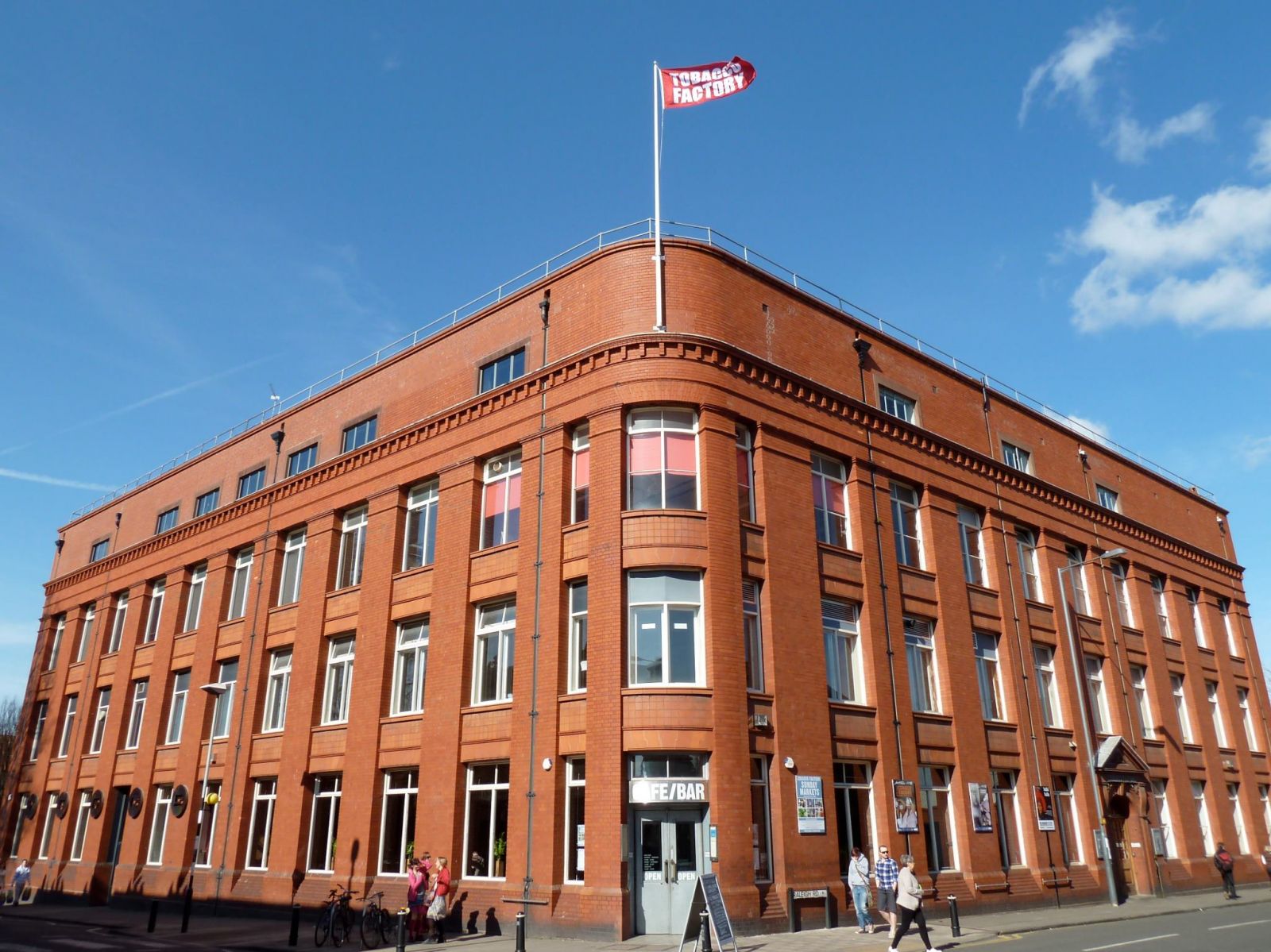 There are a range of independent pubs along North Street involved in the event. The Malago and The Hen and Chicken are two such establishment. Situated right next two each other, both pubs offer tasty and diverse food menus, and the latter has a hidden walled garden.

On the subject of pub gardens, The Spotted Cow (pictured below) is just down the road. Boasting one of south Bristol’s best sun traps, it has the feel of a sprawling country pub – the perfect location for a pint in the blazing sun.

A little further down North Street lie Kask and The Old Bookshop. Kask specialises in wine, however, they also possess a rotating list of beers. The Old Bookshop is completely vegan with a fun, lively atmosphere surrounded by beautiful murals and serving delicious Belgian beer. 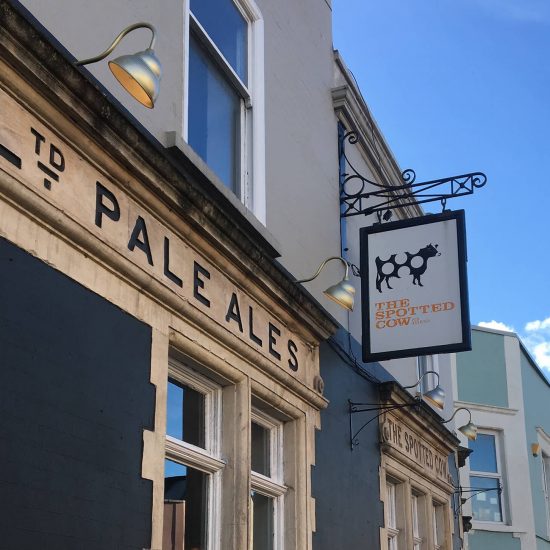 Finishing the main stretch of the trail are North Street Standard and The Steam Crane. A modern bar with a lively atmosphere, the former is one of the newer establishments on the list. The latter is a traditional independent ale house, possessing a spacious garden around the back.

Away from the main drag, On Point Brewing, Alpha Bottle Shop and The Coronation are also taking part in the event.

Bristol’s newest brewery, On Point (tucked away on Herbert Street) will soon be opening the doors of their tap room so visitors can sample some of their excellent brews.

Another new addition to the Bedminster beer scene, Alpha Bottle is an independent booze shop that offers 100% refrigerated products.

Last but by no means least is BS3 favourite, The Coronation. With a high-quality beer selection at low prices, this is an establishment that can always guarantee a buzzing atmosphere. 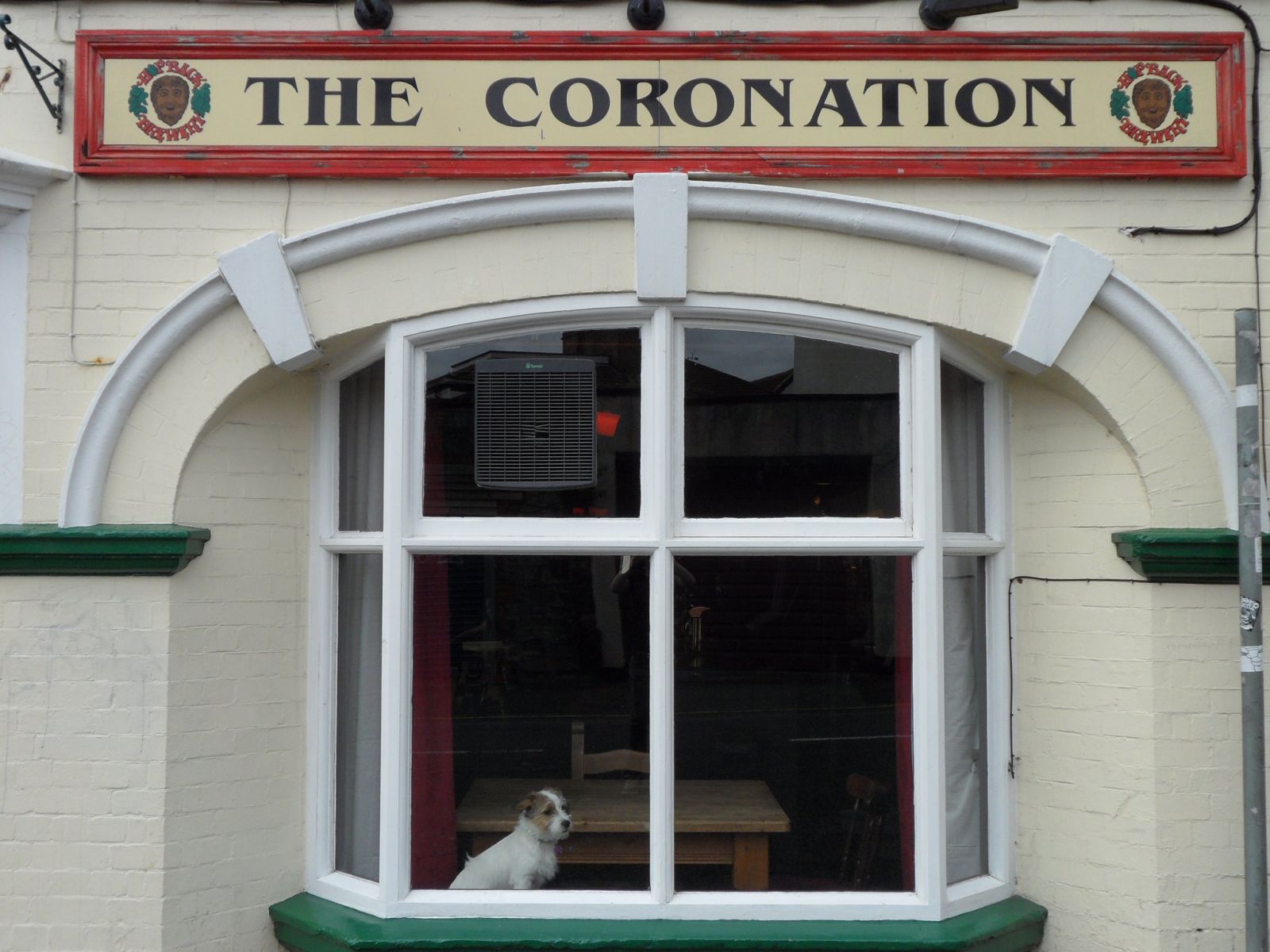 The plan for the trail is nice and easy: follow, beer in hand, a sip and stamp system map that will take them on a tour of all the listed venues.

On completing the trail, you will get a free can of Bristol Beer Factory’s ‘South of the River’ and 10% off throughout June. The trail is running from Thursday 2 till Sunday 5 June.

Find out how to get involved by collecting a trail map at any of the listed venues - Bristol Beer Factory Taproom, Tobacco Factory, The Malago, Hen & Chicken, The Spotted Cow, The Old Bookshop, Kask North Street Standard, The Steam Crane, The Coronation, On Point Brewing and Alpha Bottle Shop.