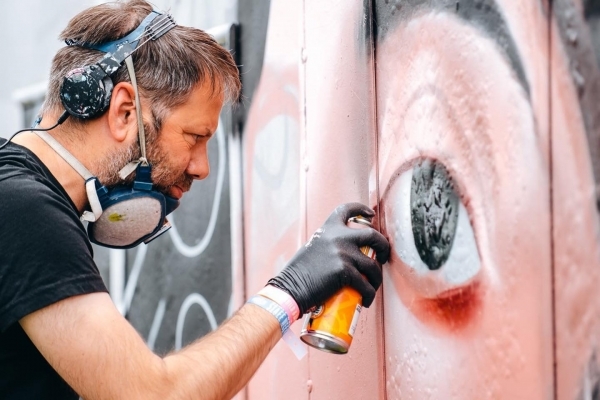 Over 100 artists will paint the streets of BS3 this summer.

Upfest is set to return in 2022, but organisers need your help in order to keep the festival free and open to everyone. Hoping to raise £30,000, the team has launched a crowdfunding campaign.

The street painting event, this year taking place between May 5-25, and the main festival - being hosted at Greyville Park for the first time on May 28-29 - have both been free to access since 2008.

If you are able, visit Upfest's crowdfunding webpage to make a donation. You can also find more information about the festival and the campaign via the same link.

The #Upfest 2022 crowdfunder has landed!

After a two year break, more #artists than ever before + a new home at Greville Smyth Park, we need your help to make this happen ????

Big thanks from all the Upfest crew. pic.twitter.com/NGwTtYFlqT

Upfest was founded in 2008. Originally conceived to get a small group of like-minded artists together, the idea quickly grew, snowballing into a festival of art after securing the Tobacco Factory as a venue.

Since then, Upfest has continued growing, and artists from across the globe now paint the walls of Bedminster. 14-years on, and over 400 artists now paint each year in front of 50,000 visitors.

Because of its popularity, the 2022 edition of Upfest has been re-formatted to a three-week painting event (May 5-25) culminating in a weekend festival (May 28-29) taking place at Greville Smyth Park and the original venue, the Tobacco Factory.

The huge walls and murals traditionally painted during the festival weekend will this year be produced over three weeks, giving more people the chance to witness the creations as they come to life.

Once the artworks are complete, they will be displayed at a weekend festival in Greyville Park, alongside over 300 live painters, music stages, and mouth-watering food and drink experiences.

Donations will entitle you to some merch, with many of Upfest's artists giving up designs, artwork & clothing to reward your generosity.

If you are able, you can make a donation to Upfest via its crowdfunding webpage. Follow the same link to find more information about the event and the campaign.