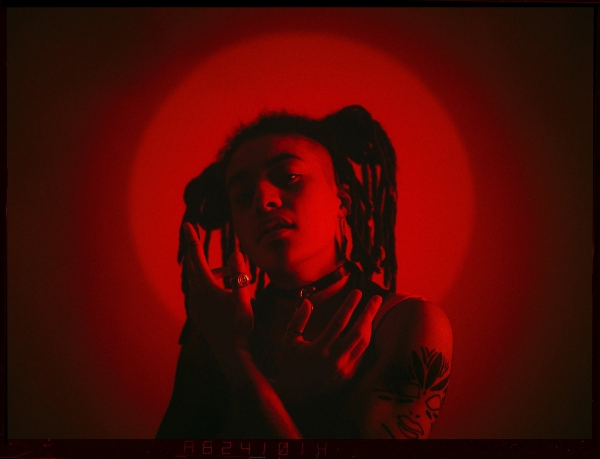 With an ever-growing reputation as one of Bristol’s most radical musical voices, Grove’s latest record is coupled with the release of a video for single, ‘Skin2Skin’.

SPICE has been released through Bokeh Versions and Spinny Nights and is available to stream now.

Grove’s debut EP, Queer + Black, was released in the midst of the pandemic, ironic considering the way that party culture and black queer nightlife run throughout the record. Anger and euphoria penetrate the record in equal measure, informing both the lyrical and musical content.

SPICE continues along this same vein in terms of its exploration of identity. The continued influences of punk and hip-hop are clear. However, genres such as dub, and dancehall are far more prevalent in this record - adding, in the words of Grove themself, the “Jamaican spice” to the record.

Bristol’s progressive underground music community is also key to the record with the artist crediting the city for SPICE’s “sonic darkness and experimentation”. With YOKEL (Noods Radio and Avon Terror Corps) and Robin Stewart (one half of Bristol’s avant-garde techno outfit, Giant Swan) involved in production, the lineage of the record is beyond doubt.

Known for their energetic live sets, Grove has recently supported several high-profile artists including a triumphant opener for Lynks – the pair collaborated for a single, ‘BBB’, together earlier this year.

Grove’s next Bristol show will be supporting experimental pop artist, Babii, at Crofter’s Rights in December as part of the Margate-based musician's upcoming UK tour supporting her recent album.

The slew of gigs will see them play venues in: Glasgow, Edinburgh, York, Manchester, Brighton, and London. To purchase tickets for any of these dates head to Babii’s bandcamp page.

To purchase tickets for Grove’s upcoming gig at Crofter’s Rights on 5 December 2021, head to the event webpage.

To find out more about what’s going on at the venue, head to their website.