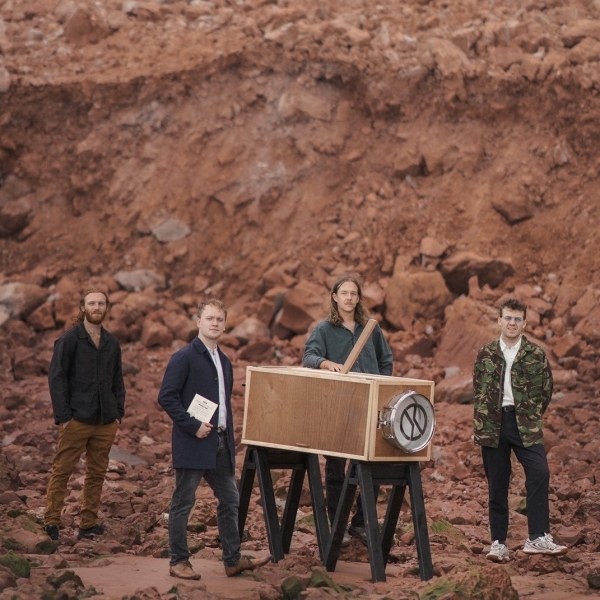 LICE, having released their album (Wasteland: What Ails Our People Is Clear) earlier this year, will be at the Bristol venue on Saturday 27 November.

Equipped with their unique brand of experimental art punk, the four-piece will be back in the city where it all started this Saturday.

Tickets for the gig are £8 and can be purchased on the event webpage.

U.K. TOUR!!! And so it begins friends. Humbled by the support for our debut album ‘WASTELAND: What Ails Our People Is Clear’ this year, we finally perform it across these darkling plains. Tix low in most cities- act fast friends. TICKETS: https://t.co/AWk4fHgyfX pic.twitter.com/j6zwfmTEsI

This creation, an experimental instrument invented by Italian futurist Luigi Russolo, is indicative of LICE as a band. Equally inventive and grimy, their material is reminiscent of bands such as The Fall and Suicide and lyrically draw influence from the likes of Beat poet, William S. Burroughs.

Having supported The Fall, along with other high-profile alternative acts such as Fat White Family and fellow Bristol band Idles, the band released two Eps that combined to create double release, It All Worked Out Great Vol. 1 + Vol. 2.

However, despite the success of the record and a growing audience, LICE became uncomfortable with their perceived position amongst the UK’s popular post-punk scene, preferring instead the company of Bristol’s experimental music community.

Queue Wasteland: What Ails Our People Is Clear, an ambitious record that points to Bristol contemporaries such as Giant Swan, Avon Terror Corps and EBU as influences.

The album is deeply visceral and Shuttleworth’s, heavily distorted, grim poetry is clearly rooted in the avant-garde with references to talking genitalia and an unlikely friendship between a spider and a robot.

LICE are known for their theatrical and flamboyant live performances that play out like a dark and unhinged cabaret show - the project's eagerly anticipated return to Bristol on Saturday will be no difference.

The band are in the midst of a UK tour that include appearances in: Cambridge, Margate, Brighton, Birmingham, Manchester, Glasgow, York, London and finally Bristol.

Tickets for the final show of LICE’s tour at The Island, Bristol on Saturday 27 November can be found on the event webpage. Support comes from Brighton’s KEG.