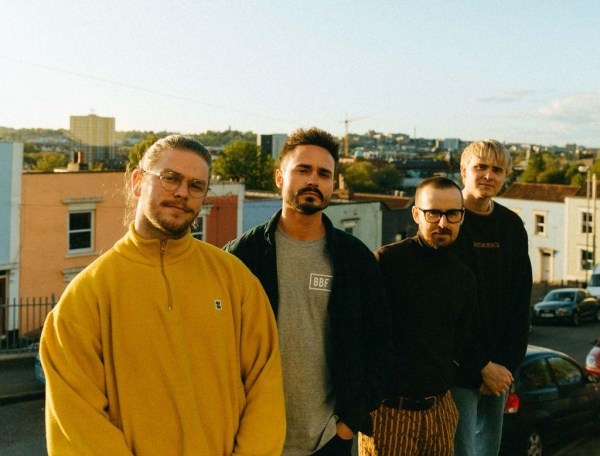 The local indie-pop favourites are playing the venue on Saturday 18 December to conclude their upcoming UK headline tour.

Bristol-based four-piece Make Friends will be closing their current headline tour with a hometown show next month, set to perform live at Thekla on Saturday 18 December.

Influenced by a range of contemporary and classic artists from Sam Fender to The Cure, the band have never constrained themselves to a specific sound. Musical freedom has always been important to Make Friends as they strive to be inventive and push boundaries.

Fresh from the release of their new EP, Is This Real, Make Friends will be rounding off their tour in front of a Bristol crowd this Winter. Tickets for this show can be purchased on the event webpage.

Less than two months now until we’re out on our biggest headline tour to date, gonna send this year out with a bang ????????

Get your tickets now athttps://t.co/8AOWHxLy7S

Which shows are you coming to?! #Touring #livemusic #indiemusic #gigs pic.twitter.com/XmTgh0aNks

Make Friends formed when studying in Bath thanks to a shared love of progressive indie-pop. The band really found their sound when they migrated a few miles down the road to Bristol.

The band’s third body of work, Is This Real, is produced by long-time collaborator Peter Sené (touring member of Everything Everything and John Grant) and mastered by Invada Studios’, James Trevascus (Beak>, Billy Nomates).

The inclusion of these two experienced voices into the musical process have stood the four-piece in good stead and Is This Real has proved a real step forward for the band as their song writing has become more nuanced and the guitars louder than ever.

Speaking about the release, the South-West outfit have said: “The title Is This Real is a statement that reflects the frantic and surreal nature of recent events that have become the norm in our day to day lives. These songs present a change in our thoughts and feelings, and the mental challenges we’ve experienced.”

The record has been greeted with praise from the likes of Radio X’s Jack Wood, who described the track ‘Sleep Sound’ as his “anthem of the summer”. The success of the EP, coupled with the band’s upcoming UK tour, has set Make Friends up perfectly for the release of their debut album in 2022.

As well as their homecoming Bristol gig, the band’s December tour will see them play venues in: Leeds, Newcastle, Liverpool, Brighton, Manchester, Birmingham, and London. Tickets for the tour can be found on Make Friends’ website.

As the final leg of the tour, the Thekla show on Saturday 18 December is sure to be a popular one. Tickets can be secured on the event webpage. To find out more about what’s coming up at Thekla this winter, head to the venue's website.