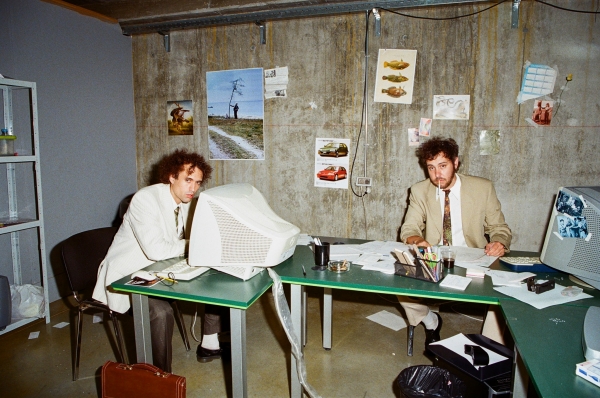 Garage rock duo, The Parrots, to play in Bristol in the new year

The Rock ‘n’ Roll two-piece will be at The Louisiana on 27 January 2022 as part of their upcoming UK tour.

Madrid band, The Parrots, will be in the South West as part of a tour supporting their recent album, Dos – released earlier this month on Heavenly Records.

Tickets for the show can be purchased from the event webpage.

Made up of Diego García on vocals and guitar and Alex de Lucas on vocals and bass, the band formed in Madrid during the mid-2010s. The pair met while at university in the city and began putting out some early DIY releases, including their debut EP, Aden Arabie in 2013.

The Parrots were well supported in the city’s thriving indie community and formed close relationships with bands such as Hinds, becoming staples of the popular garage scene at the time.

After a string of releases on various small labels, the band signed for Heavenly Records in 2016, putting out debut album Los Niños Sin Miedo, the same year. The record is a pure garage rock piece that mingles slurred vocals with a distinctly sixties guitar sound.

The Bristol show is part of a massive UK tour that sees The Parrots play venues in: Margate, Bedford, Birmingham, Manchester, Glasgow, Leeds and Brighton. Tickets can be purchased for the show through the event webpage.

Tickets for the show at the Louisiana on 27 January 2022 can be found on the event webpage.

The Parrots are known for their riotous and shambolic live performances and the Bristol leg of their Dos tour will be no different.

To find out more about upcoming events at the venue head to their website.