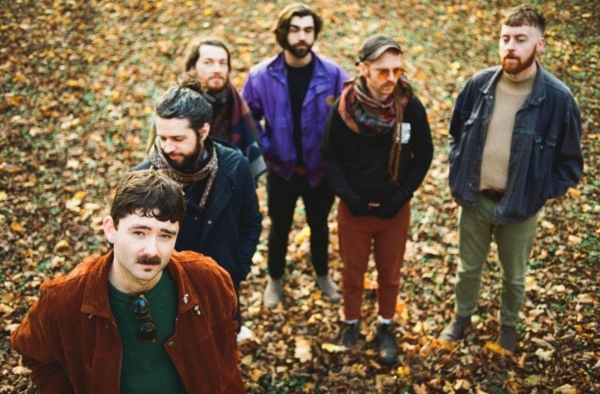 Irish outfit THUMPER are playing The Crofters Rights in October

Catch the raucous six-piece as they make a welcome return to Stokes Croft.

Rock-pop outfit THUMPER are gearing up for an extensive Autumn UK tour, set to bring their uncompromising sound to Bristol's Crofters Rights on Saturday 23 October as part of a busy 14-show run.

Having built a stellar reputation for themselves in 2018 and 2019 with frenzied live shows and a weighty style, the band have used their time away from the stage during the pandemic to work on their debut album, releasing a reworked version of their single 'Ad Nauseum' earlier this month.

Tickets for the Bristol leg of their eagerly-anticipated live tour are on sale now and can be found via Headfirst.

Tickets on sale this Friday from https://t.co/eyyEupKZQD

Despite having their progress halted over the past 18 months, THUMPER have already garnered rave reviews from across the music press in recent years, championed by the likes of Steve Lamacq on BBC Radio 6 Music and Radio 1's Daniel P Carter.

The band were on the cusp of a major breakthrough in early 2020, playing on some of the UK's favourite grassroots stages in February and March before the first lockdown restrictions were introduced.

Months of subsequent festival appearances - as well as shows across Europe and North America - were cancelled, but the band have used their down time to write new material and, in the case of 'Ad Nauseum', spruce up some existing tracks.

For more information, to book your tickets or to find out what else is coming up at The Crofters Rights, head to the venue's website.