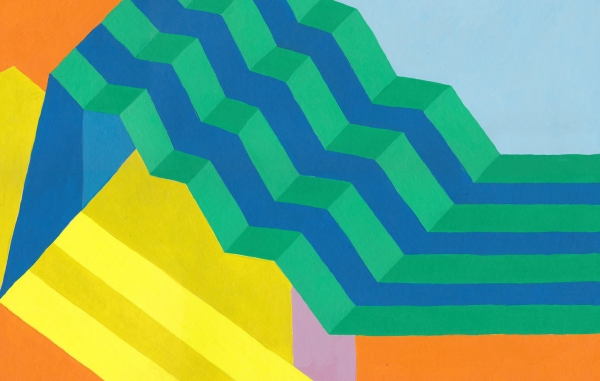 Revered Bristol-based label Livity Sound are celebrating their milestone tenth anniversary in 2021, marking the occasion with an eagerly-anticipated compilation album set to land later this month.

To coincide with the release of Molton Mirrors: A Decade of Livity Sound, co-founder Peverelist has put together an unmissable album launch party, taking place at the Trinity Centre on Friday 10 September.

Tickets are on sale now but are expected to sell out, with a limited number remaining on Final Release - find out more and book yours here via Headfirst.

Established and developed in Bristol, Livity Sound has carved out a solid reputation for itself since its inception in the early 2010s, and is now widely regarded as one of the city's strongest underground labels.

Alongside a tight-knit community of like-minded artists, Peverelist has managed to keep Livity Sound at the cutting edge of UK techno for the best part of a decade, dropping hard-hitting releases from the likes of Hodge, Batu and Simo Cell among others.

The team have been hard at work in recent years, too, with 13 projects released under the Livity imprint since the turn of 2020.

The compilation is available to pre-order now via Bandcamp, with early access to Peverelist & Kowton's track 'Exhale' included as part of the package.

Speaking to Mixmag back in July, Livity Sound said: “Molten Mirrors captures the dynamic energy of Livity Sound at 10, with 19 artists from the label’s roster coming together to present an honest document of where the label is at in the present moment.

“No over-arching concepts, no hackneyed themes – true to Livity’s open-ended mode since 2011, it’s as much a declaration of community as a cross-section of experimental dance music in 2021.”

Celebrating the album release, Livity Sound will be bringing together a selection of special guest DJs at the Trinity Centre this month for a huge label showcase.

In line with current safety guidance, all attendees will be required to show proof of a negative PCR or lateral flow test, taken no more than 48 hours before the event, to gain entry to the venue.

For more information, or to book your tickets for Livity Sound's Molten Mirrors Launch Party, find the full event listing on Headfirst.