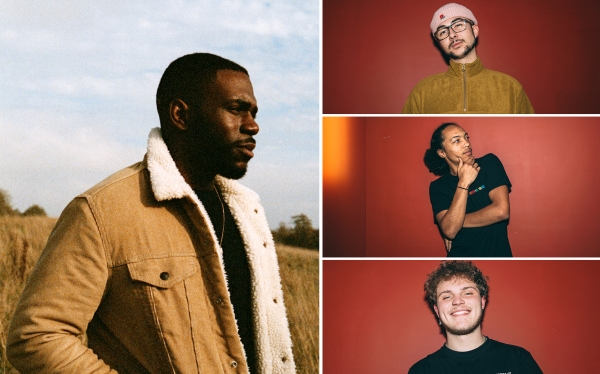 Bristol Beacon have officially unveiled the first track produced as part of 'A New Song for Bristol', a project launched in 2020 calling on the public to convey their experiences of the past year in Bristol through words and music.

Each entry on the 'New Song for Bristol' tracklist has come about as a result of a string of collaborations between local artists and members of Bristol communities, and will be premiered across the venue's website and social media channels in May and June.

Following the Bristol Beacon's initial callout in November 2020, the 'New Song for Bristol' project received entries from Bristolians of all ages, communities and backgrounds, spanning a huge range of experiences, topics and emotions.

Following the brief and covering events of the past 12 months, many submissions were associated with the pandemic, while several explored themes surrounding last summer's Black Lives Matter demonstrations and the toppling of the Colston statue.

Cathy Mager, creative producer of Bristol Beacon's Lantern Project, said: “We wanted to encourage everyone to express themselves through words, music or song and to share their experiences, ignite the fire of creativity in everyone and draw the city closer.

“Through these new tracks we hope to show the diversity of talent and creativity of Bristol artists and its many communities, as well as spotlight the different experiences and viewpoints they come from.

“These six inspiring new pieces of music reflect and interpret these experiences in new ways, so we’re excited to share them with the people of Bristol."

Tracks produced as part of the 'New Song for Bristol' project have brought about collaborations with a diverse range of artists and collectives, from Kayla Painter and KALA CHNG to Paraorchestra, Bristol Youth Choir and Saffron Records.

Speaking on today's (Wednesday 19 May) release of his entry 'Revolution', songwriter Javeon said: “Working on A New Song For Bristol has been great as I have had the chance to work with some talented musicians who were able to take the brief and really bring it to life.

“With the artists only taking guidance and advice from me they have really impressed me with the level of their talent, collaborative ability and how they have been able to translate their stories in such an uplifting way.

“I think this project has been amazing as it has allowed us to interpret our message in such an open and creative way, which was a challenge at times because we could have taken it in many directions, but we're all very happy with our end result and I think people will like it.”

All submissions for 'A New Song for Bristol' are being put together as part of a living archive, which will be included in the heritage displays at the Bristol Beacon upon its full reopening.