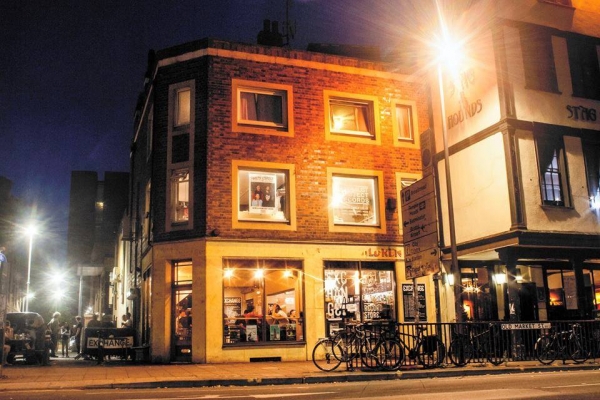 Don't miss an evening of music and comedy broadcast live from the BS2 venue.

The Exchange have announced plans for an unmissable live-streamed fundraiser next month in aid of volunteering support charity Gig Buddies.

Organised by IDLES bassist Adam 'Dev' Devonshire, a former manager of the Exchange bar team, the event will feature live performances from the likes of Fenne Lily and Willie J Healey, as well as renowned comedians Stewart Lee and Seann Walsh.

Tickets for the virtual fundraiser on Sunday 20 June are on sale now via Headfirst on a pay-what-you-can basis, alongside tickets for a huge raffle draw accompanying the evening's entertainment.

Founded in Brighton in 2012, Gig Buddies matches adults with learning disabilities and/or autism with a volunteer who shares their interests, so that they can attend gigs and other live events together.

Since it was set up, the project has spread to 11 other cities across the UK, as well as Sydney, Australia. Speaking on the announcement of the Exchange fundraiser, Dev said:

"After witnessing first hand what vital and wonderful work Gig Buddies do, It has been an honour and a privilege for me to be working with them and to help raise awareness of the wonderful service that they provide.

"Music and live events provide us all with so much happiness and catharsis, everyone deserves to have that joy in their lives. As we're all hopefully getting back to a place where live events will be happening again, now is a great time to raise awareness for the charity."

Don't just take our word for it...here is Dev from @idlesband to tell us all about the fundraiser he's organising on JUNE 20TH for @FfrindiauGigiau and @gigbuddies #NoBedtimes #StayUpLate #HeyHoLetsGo pic.twitter.com/MY6CVEoueC

There will also be a wide range of raffle prizes up for grabs on the night, including signed gear from IDLES, Florence and The Machine and Frank Turner, merch and artwork from Sports Team, Iain Seller and Big Jeff and tickets to an array of live performances.

Tickets for the Gig Buddies live-streamed fundraiser at Bristol's Exchange are on sale now, available for a suggested donation of £5 with the option to enter yourself into the raffle draw.

For more information, to follow news and updates or to find out what else is coming up at the Exchange this year, head to their website or find them on Twitter.