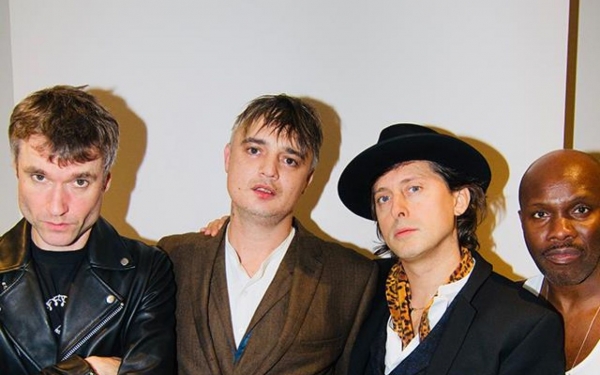 Catch Pete Doherty and co. back on a Bristol stage in December.

Iconic indie outfit The Libertines have confirmed a Bristol date as part of their eagerly-anticipated 2021 UK tour, set to perform live at the O2 Academy on Monday 13 December.

Back on the road armed with one of the strongest back catalogues in modern British music, the band will be playing in Bristol and across the country for the first time since 2019.

Tickets for their full tour are on sale now, but with several dates having already sold out, may not be around for long - find out more and get yours here.

Tickets on sale NOW for @libertines on Monday 13 December 2021 over at @TicketmasterUK! ????

Formed in London in the late 90s by friends Pete Doherty and Carl Barat, The Libertines' influence on the British music scene and UK culture is unquestionable.

Critically and commercially successful as well as being one of the most reckless bands around during their heyday, for a time the four-piece personified indie music, paving the way for countless bands to emerge in the past decade.

Of three full-length studio albums released to date, their self-titled 2004 project was by far their most successful, topping the UK Albums Chart and making up most of the material for 2007 greatest hits album, Time For Heroes - The Best of The Libertines.

As well as their Bristol show, The Libertines will be playing in London, Birmingham, Leeds, Liverpool and Newcastle as part of an eighteen-show run across November and December, with several performances sold out already.

Click here to find out more or book your tickets for The Libertines live at Bristol's O2 Academy on Monday 13 December 2021.