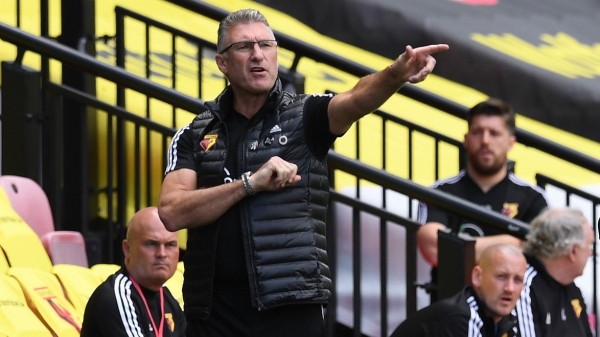 Pearson's initial deal keeps him at the club until the end of the 2020/21 season.

The Robins have agreed an initial deal with the 57-year-old until the end of May 2021, tasked with pulling the club back up the Championship table after a poor recent run of results.

Pearson will observe tonight's (Tuesday 23 February) match away against Middlesbrough, before officially taking charge for the first time for this Saturday's fixture against Swansea City.

#BristolCity have appointed Nigel Pearson as manager until the end of the season.

Nigel Pearson is no stranger to the challenges of the Championship, having guided Leicester City to the title in 2013/14, his second full season with the club.

He managed to save The Foxes from Premier League relegation in the following campaign, and is credited with building the foundations of their Premier League-winning squad.

Pearson later went on to spend six months in the top division with Watford, taking The Hornets from the foot of the table to safety, but was shown the door in dubious circumstances with just two weeks of the 2019/20 campaign remaining.

Good evening, all. Thank you for the kind messages and warm welcome. I'm delighted to be back in management and working for @BristolCity, a proud, progressive football club. I will give my all to improve our fortunes. Cheers, Nige. #BristolCity

Speaking on Pearson's appointment as City manager, the club's Chairman, Jon Lansdown, said: “Nigel gives us the leadership and direction we need to lift the players’ confidence and to turn our form around.

“The initial appointment is until the end of the season, when we will re-assess the situation, hopefully with a view to the long term.

“However, the immediate priority for Nigel and the coaching team is to stop the current bad run and move us back up the table.”