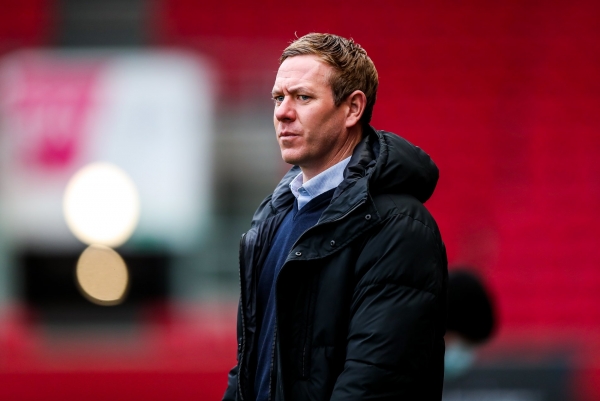 Bristol City have officially parted company with manager Dean Holden, following a run of six straight defeats in all competitions that has left The Robins well of the pace in the battle for the Championship play-off places.

The news came last night after another tepid display from City, in which Reading scored two first-half goals to secure a straightforward 2-0 victory at Ashton Gate Stadium.

Assistant Head Coaches Paul Simpson and Keith Downing will take control of the first team for the immediate future, with the club now searching for a permanent successor.

Dean Holden has been relieved of his duties with immediate effect.

Announcing Holden's dismissal in a brief statement, the club said: "Dean Holden has been relieved of his duties with immediate effect.

"Following a sixth successive defeat, the Bristol City Board have decided that a change of Head Coach is necessary. Assistant Head Coaches Paul Simpson and Keith Downing will take charge of training until further notice.

"The club would like to thank Dean for his service to the club over the years and we wish him well for the future."

Having been promoted to Head Coach after a spell as Lee Johnson's assistant, Dean Holden was tasked with going one better than his predecessor and finally securing a place in the Championship top six.

A bright start to the season saw City go unbeaten in their first five matches and shoot to the top of the table, but results soon dipped and Holden was unable to regain control of his side's form.

The club currently sit 13th in the Championship, seven points off the play-offs. Four fixtures against promotion-chasing rivals present a stern test for temporary bosses Paul Simpson and Keith Downing in the coming weeks.

City's decision to part company with Holden means that both Bristol clubs are currently under the guidance of caretaker managers, with Rovers having shown Paul Tisdale the door last week after less than three months in charge.