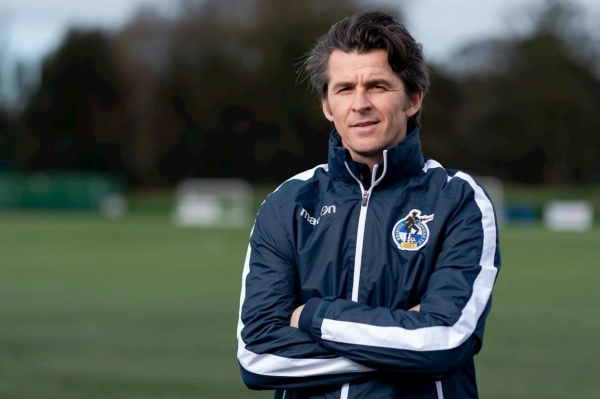 The former Fleetwood boss is tasked with pulling Rovers out of a relegation battle.

Bristol Rovers have officially announced the appointment of Joey Barton as first-team manager, brought in as the successor to recently-dismissed head coach Paul Tisdale.

Having signed a deal with the club until 2023, Barton takes charge as Rovers sit two points above the League One relegation zone, having won just one of their previous five matches.

The 38-year-old will be in the dugout for the first time tomorrow (23 February) as The Gas take on Wigan Athletic at the Memorial Stadium.

???? We are delighted to announce the appointment of Joey Barton as our new first-team Manager! #BristolRovers pic.twitter.com/jrYzDLX5ci

Still in the early stages of his managerial career, Joey Barton's most recent position was in charge of fellow League One side Fleetwood Town.

During a two-and-a-half-year spell with the Lancashire club, Barton secured a play-off spot in the shortened 2019/20 campaign, losing in the semi-finals to eventual promotion winners Wycombe Wanderers.

The former midfielder is best known for his playing career, having enjoyed spells at Newcastle United, Manchester City, QPR, Burnley, Rangers and Marseille as well as making a solitary appearance for the England first team in 2007.

He's back in the game.

Bristol Rovers have appointed Joey Barton as their new manager.

Speaking this morning on Barton's appointment, Rovers Club President, Wael Al Qadi, said: “We are delighted to welcome Joey to Bristol Rovers and look forward to working closely with him to progress our football club forward.

"Joey's experience in the game is matched by his passion for coaching and delivering results, which made him a standout candidate for the role.

"He's got a good knowledge of the league already thanks to his spell at Fleetwood and has shown his credentials at delivering results and getting the best out of the players he works with.

"We are confident that he will be able to continue the ongoing development of the younger players coming through the ranks at the Club and speaking to him, I know his ambitions align with what we want to achieve as a football club.

"I want to wish Joey, the staff and the players the very best of luck for the coming games, as we look to cement our safety in Sky Bet League One and build for the future."