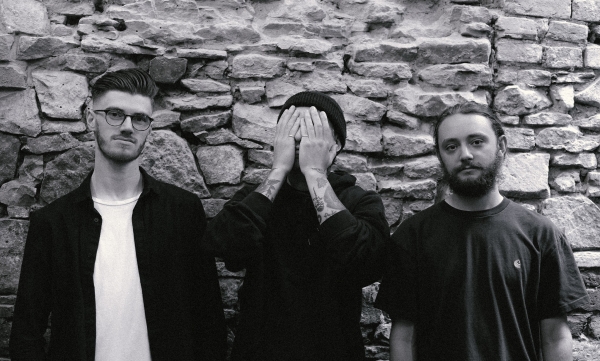 The band took the stage in aid of the nationwide #SaveOurVenues campaign.

Bristol outfit Black Flies have today (Friday 9 October) released footage of an exclusive live performance of their track 'Wolves at the Door', recorded in 360-degree VR in a collaboration with The Louisiana and The Music Trip.

Recorded in August, the video becomes the second instalment in the Future Sessions series, a new project established to support British grassroots music and raise money for the #SaveOurVenues campaign amid the ongoing coronavirus pandemic.

With thousands of venues up and down the UK still unable to open, and many at imminent risk of permanent closure, Future Sessions aims to encourage people to donate to vital fundraisers in the hope of safeguarding struggling small venues.

Offering a unique opportunity for fans and supporters of grassroots music to (virtually) transport themselves back to their favourite venues, Future Sessions harnesses state-of-the-art VR technology to record exclusive 360? live performances.

Their latest project is dedicated to supporting and raising awareness of the #SaveOurVenues campaign, with more than 500 UK now venues at "imminent risk" of closure according to the Music Venue Trust.

With the loss of grassroots venues comes the loss of thousands of jobs, and without a starting point for young musicians to perform and nurture their talent, closures could have a major impact on the UK's world-renowned musical and creative output.

The plight of hundreds of Grassroots Music Venues continues. Set up an online event for your favourite GMV and get it listed on the #saveourvenues website if you think you can help to raise some funds. Visit https://t.co/A7FEQyuMPy for more info ? #redalert pic.twitter.com/5EEBHCNjHD

Formed in 2019 from the ashes of a previous project, Bristol-based three-piece Black Flies consist of Joshua Milton on guitar and lead vocals, guitarist Jack Barrett and Tom Hennessey on drums, joined in their Future Sessions performance by bassist Joe Johnson.

Speaking on the release of their Future Sessions video, the band said they were "stoked" to be involved, describing struggling venues as "vital pathways" that keep music and culture thriving.

"2020 has been one hell of a curveball for everyone from all walks of life," they said, "but the music industry has unquestionably taken one of the hardest hits.

"The #SaveOurVenues campaign has played a pivotal role in helping to keep grassroots establishments afloat, The Louisiana being one of them. Support your local venues where you can."

The Louisiana, meanwhile, who launched a crowdfunder of their own in April in response to the coronavirus outbreak, added they were "blown away" by working with The Music Trip on the Future Sessions series.

"We're grateful to The Music Trip for the support they've shown us and other grassroots music venues. We look forward to working with the team again in the near future," they said.

1 / In the next 14 days, hundreds of Grassroots Music Venues right across the UK will find out if they will receive the funding they need to avoid permanent closure. The whole sector is on red alert for the decision about the distribution of government funding. pic.twitter.com/LlOeuyv1No

Now past its six-month mark after launching in April, the #SaveOurVenues campaign is arguably more vital than ever with independent venues no closer to a safe reopening and the return of live events.

Several of the UK's best-loved venues were already operating on thin margins before the coronavirus crisis, and many of those on the cusp of disappearing will never come back.

To find out how the #SaveOurVenues campaign is supporting the UK's grassroots music scene, or to make a donation, visit their website or head to their Crowdfunding page.