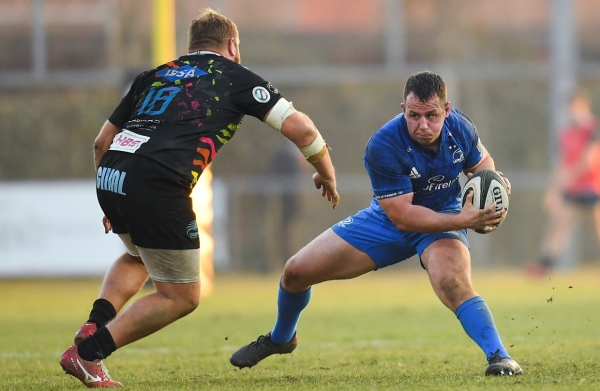 Byrne has put pen to paper on a one-year deal after impressing during a recent loan spell.

Bristol Bears have confirmed the permanent signing of hooker Bryan Byrne, offering him a one-year deal as a result of a successful short-term loan that was cut short by the suspension of the 2019/20 Premiership season.

Despite making just one top-flight appearance for the Bears before the league was put on hold due to the COVID-19 outbreak, Byrne clearly made a mark on Pat Lam and the club's coaching staff during a short stay in Bristol.

Prior to arriving in the Westcountry, Byrne made 47 appearances during a six-year stay at Irish PRO14 side, Leinster, scoring 12 tries. The 26-year-old represented Ireland at under-18, under-19 and under-20 level, but is yet to appear for the national first team.

Speaking on the news that the Bears had signed Byrne on a permanent contract, Head Coach Pat Lam said:

"Bryan made a very positive impression during his short time with us earlier in the season, and we’re delighted to have signed him on a permanent basis.

“Bryan has a lot of top-level experience, including in the Champions Cup. To play nearly 50 times for a club like Leinster is a huge achievement and shows his pedigree.

“His signing further bolsters our depth and competition, joining Harry Thacker, Will Capon and George Kloska in the hooker position.”

Speaking to Bristol Sport, Byrne added that he's "delighted" to be joining the Bears on a permanent basis. “Everybody at the club was so welcoming during my time in the city," he said.

"There’s a fantastic togetherness here. It’s great to be back and to be part of the journey moving forward. I’m looking forward to working with Pat and the rest of the coaching team and helping contribute towards the club’s vision.”

For more news and updates, head to the Bristol Bears website.