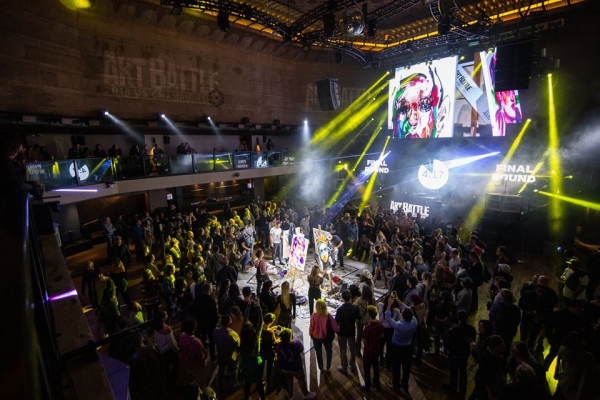 Art Battle Bristol: everything you need to know about the 2020 Grand Final

Get the lowdown on the UK's most exciting art competition.

Art Battle Bristol's Grand Final is on the way to the Anson Rooms in March, pitting 11 accomplished artists against one another to be crowned Art Battle Champion, and compete in the UK National Grand Final in September. 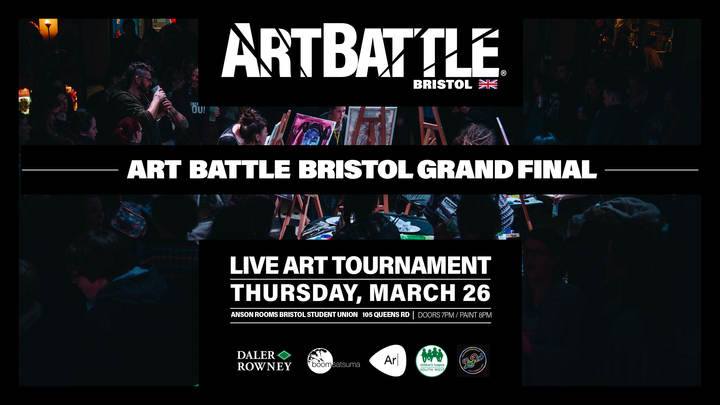 Born in the US, Art Battle is a global live painting tournament, in which artists from any and all disciplines transform blank canvases into spectacular finished works in just 20 minutes.

Live audiences judge the winners of each round, making Art Battle a truly unique experience, both for the artists themselves and the spectators watching on.

Past events have seen artists' faces covered in paint, some literally throwing paint at the canvas in a last-ditch effort to finish in time, and some even having a drink and a chat with onlookers after they've managed to finish with time to space.

Art Battle Bristol will be hosting its first-ever Grand Final on Thursday 26 March, with a spot in September's National Final on offer to the winner.

The eventual UK Champion will be flown to Tokyo in October to compete in the International Final, where more than 30 nations will be represented. 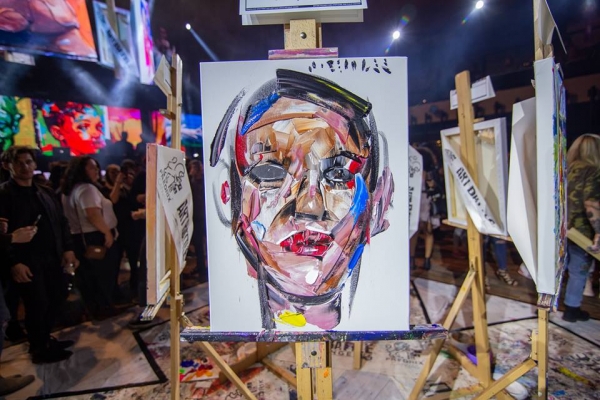 With a range of activities and exhibitions on offer as well as the competition itself, the Art Battle Bristol Grand Final promises to be an unforgettable combination of community, creativity and artistic action.

During the buildup to the Grand Final, Bristol art fans can check out a showcase of works from the 11 competitors at Art Battle's first-ever Bristol pop-up at The Galleries.

Students and concessions can get 50% off their tickets, making this one an absolute must for any and all art fans in the city. Don't miss a truly electric evening of live art at the Art Battle Bristol Grand Final!

Tickets for the Art Battle Bristol Grand Final at the Anson Rooms on Thursday 26 March are on sale now and can be found here.

For more information or to follow news and updates, head to the official Art Battle Bristol website.