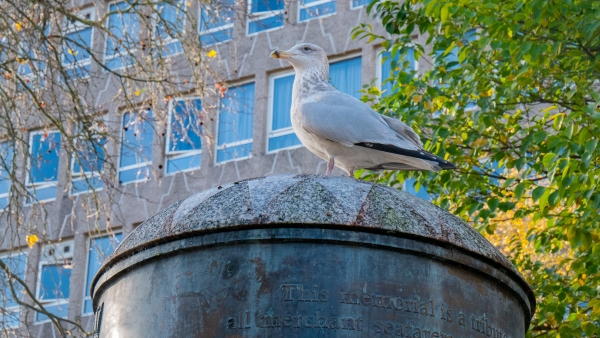 We’re back with our guide to Bristol’s diverse and vibrant neighbourhoods – with some cherrypicked spots to showcase just how much is going on in each corner of the city.

This week, we’re branching out to the beautiful former lifeblood of the city – the Docks!

Read on for our guide to all the nightlife, food, shopping, cultural and historical highlights of Bristol’s historic harbour...

The Docks is as beautiful in the night as it is in the day – or perhaps even more so. The lights reflecting off the water and hulls of ships, the lonely cries of the last few gulls of the day, and a vibrant, bustling nightlife to get stuck into.

First on your list should always be The Lousiana (see below). This pub and gig venue has stood since 1987, and is a truly legendary venue amongst Bristol’s music community. Everyone has played this 140-capacity hotspot, from local indies up to the likes of Amy Winehouse, Dua Lipa, and The White Stripes. They’ve also just had their 35th birthday – a fact we celebrated with our article 35 Years of Bristol’s Louisiana. 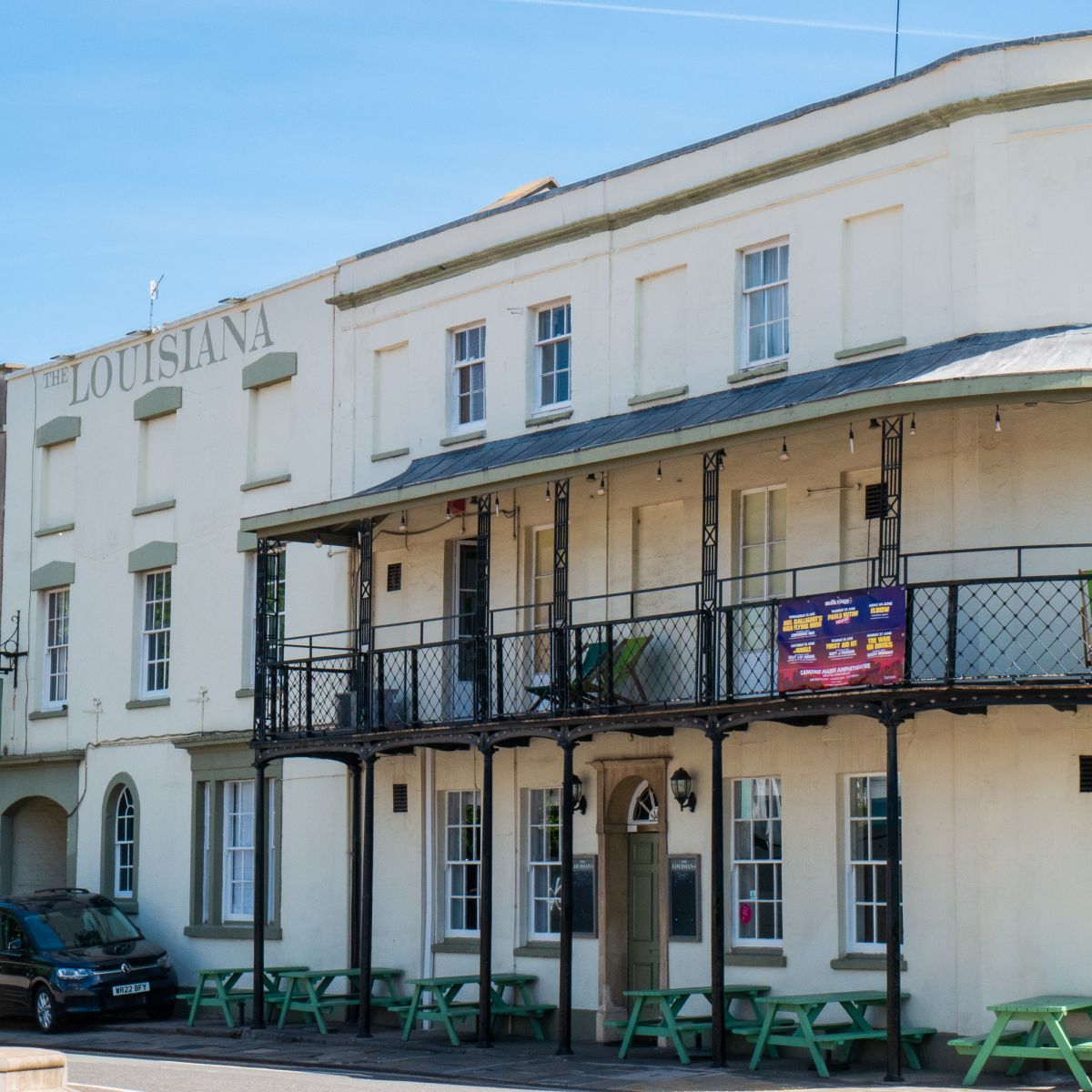 If you’re looking for something in the fresh air, the Lloyds Amphitheatre (also sometimes referred to as the Canon’s Marsh Amphitheatre) hosts an ever-changing array of exciting events. By far the biggest to be hosted at the 10,000 capacity venue is Bristol Sounds, a series of top-notch summer gigs which have included the likes of Elbow, Tom Misch & Jungle – and are set to include Jacob Collier & James this summer. On top of that, you have festivals like Grillstock and Vegfest, as well as the ever-popular Bristol Beer Festival.

Keep an eye out on the other side of the harbour, too – because Bristol’s Free Silent Disco has been winding up to get going again after a pandemic-induced haitus. With light-up wireless headphones, three different channels of music, and a come-and-go philosophy, it’s definitely one of Bristol’s more unique nightlife events.

Whether you’re looking for fine dining or a bite to eat, Whapping Wharf is the best place to go on the harbour. A freshly-established quarter of commerce, Whapping Wharf is host to businesses like Wild Beer Co., Better Food, and Cargo – a quirky collection of shops and restaurants built inside a structure of cargo containers.

At current count, Cargo is home to 32 businesses, including eateries like Dog Town: home of fresh takes on Hot Dogs, both meaty and vegan – and delicious sour beer slushies (weird but great). If you’re looking for something a bit more high-dining, Root presents veg-focused, classy dishes by the team behind festival Eat Drink Bristol Fashion – or BOX-E presents British, small-plate a la carte menus. Want to take your tastebuds further afield? Try any one of Cargo’s multicultural mix of food, from LOKI POKÉ to Seven Lucky Gods. 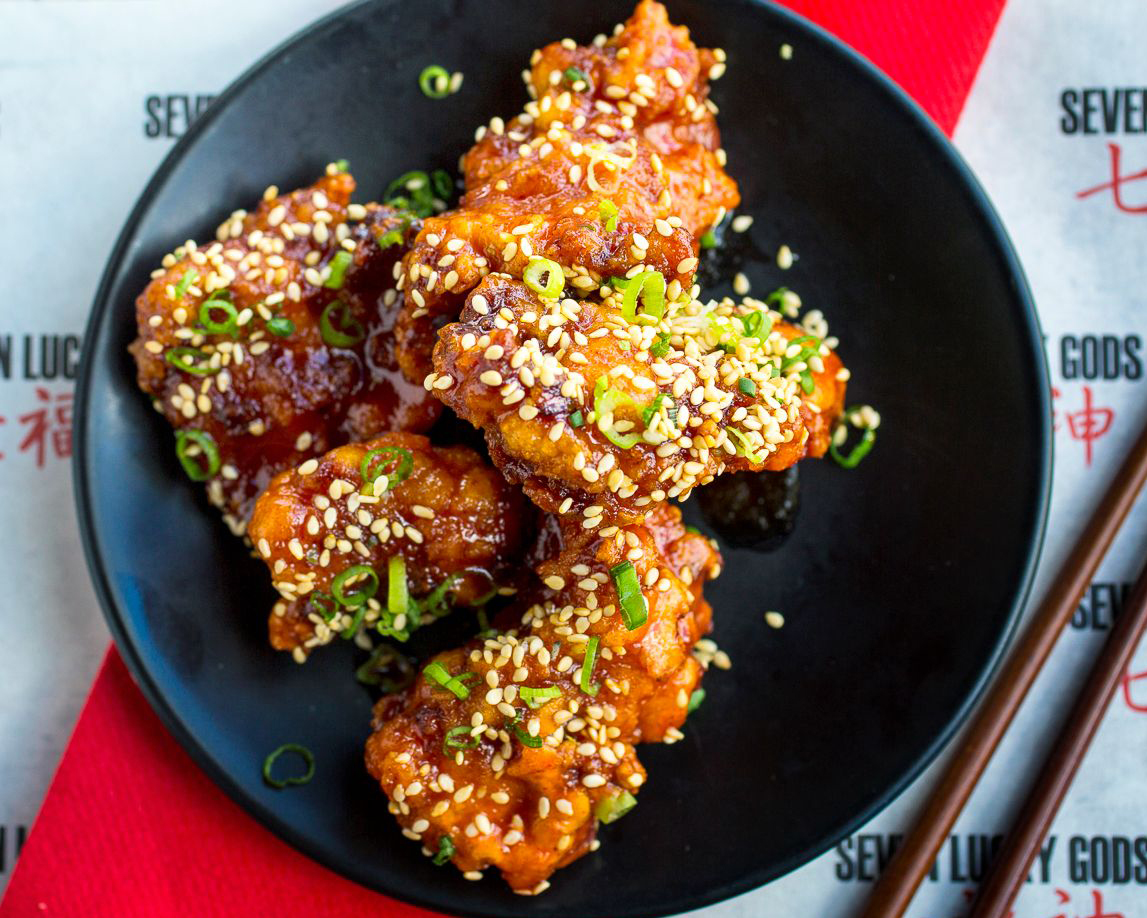 For a real Bristol classic that’s a bit more down-to-earth, check out Brunel’s Buttery – keeping the harbourside fed and warm with a bacon butty and cup of tea since the 80s. This humble dockside hut is beloved by the community, and you’ll find out why when you head down there for yourself. In a similar vein, check out the Crepe & Coffee cabin by Prince's Bridge -  you won't be disappointed.

The Docks might as well have yoghurt instead of water, because they’re full of culture.

Right on the waterfront is Bristol’s premier contemporary art gallery, the Arnolfini. Established all the way back in 1961 and describing itself as an “international centre of interdisciplinary contemporary arts”, Arnolfini has three floors of cultural education – with their free exhibitions changing every few months. 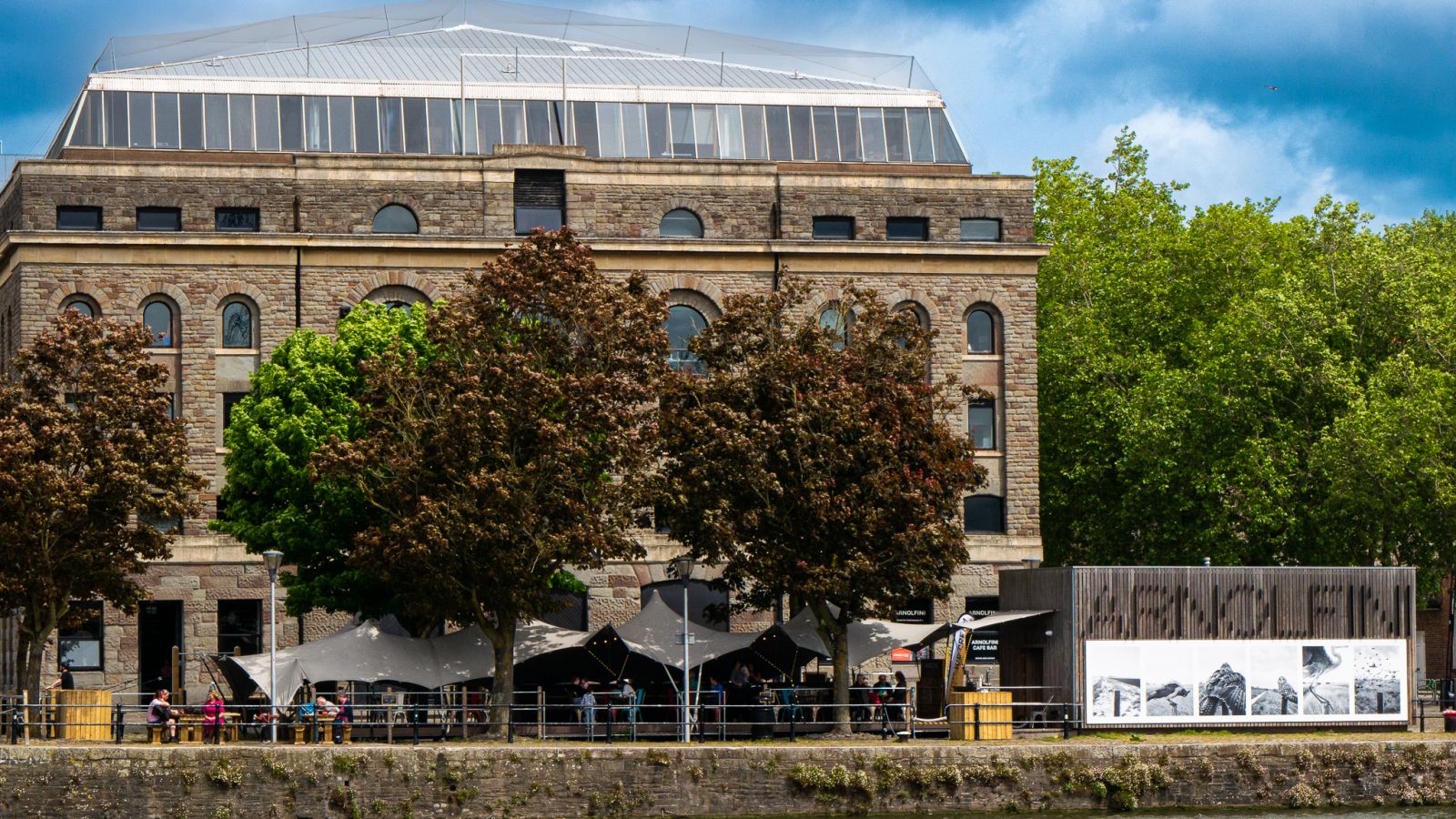 Hosting everything from sculpture, to painting, visual art and everything inbetween, Arnolfini acts as a hub for culture too, hosting workshops, film screenings and more. While you’re there, check out their ground floor cafe-bar, and their bookshop.

Another great gallery around the Docks area is Spike Island. Named after the little strip of land it sits on, in between the forks of the river Avon, Spike Island is another pioneering art space with museum-sized gallery spaces that often host an emerging artist’s first ever solo UK exhibition.

For those of you who like a bit more science with your education, We The Curious (formerly @Bristol) is the local science museum, and has been delighting adults and children alike with their easy-to-understand interactive displays and shows. Play with an air cannon, explore the physics of water, or create a miniature hurricane – all with explanations of the science of each. 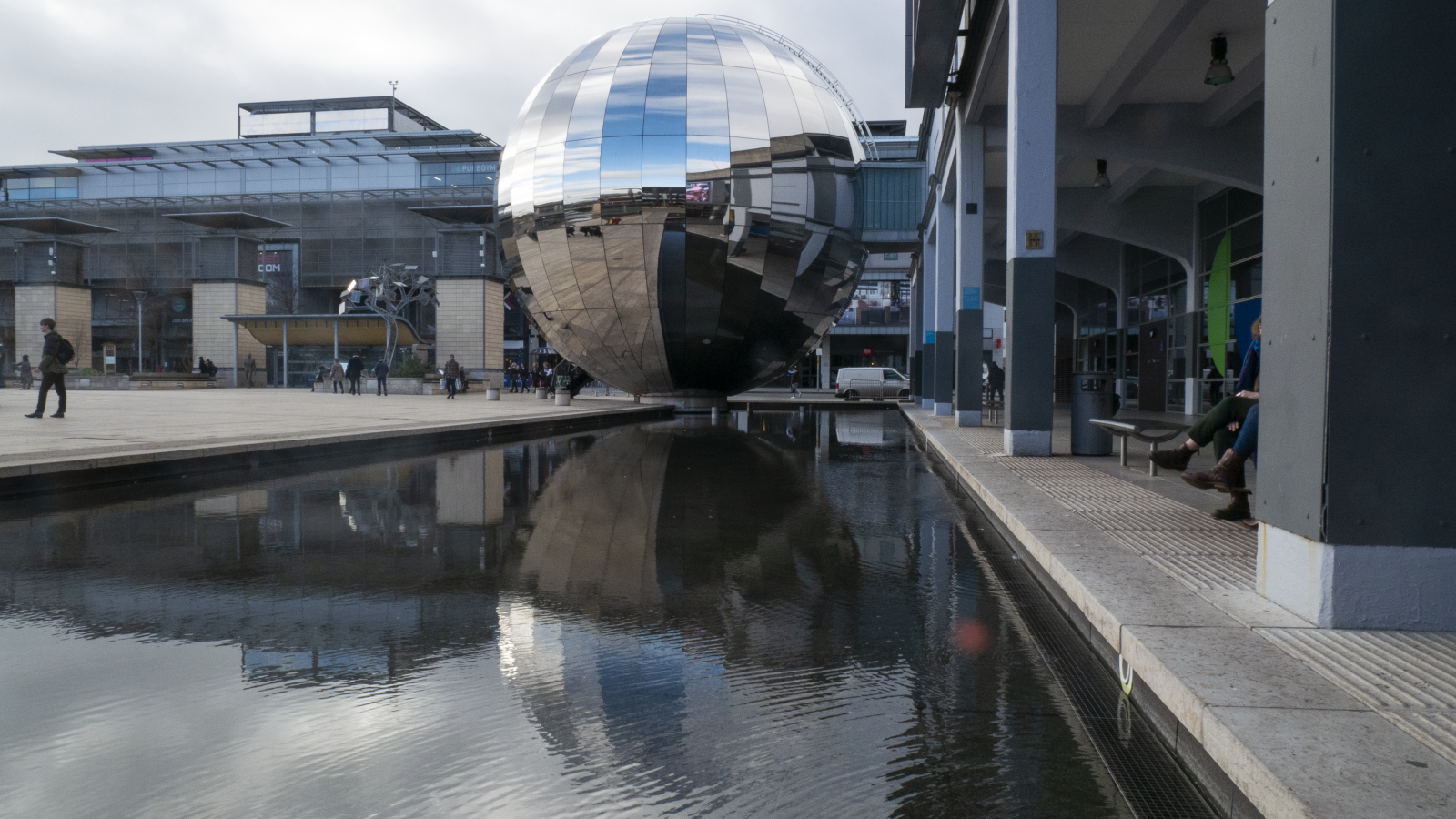 We The Curious is also host to shows, not least in their Planetarium - which sits like a massive disco ball in Millenium Square. It’s the UK’s first 3D Planetarium, where you can lie back and catch star shows, as well as immersive cinema experiences like a screening of Pink Floyd’s “The Wall”.

Look out for Bristol’s Harbour Festival too, spread across the whole area in a celebration of culture, music and, of course, boats! For some boats and dockyards that play a key role in the festival, read on...

The Docks might be one of Bristol’s most historic areas – being the original lifeblood of the city as a hub of trade and shipping. It also played a large role in some much darker chapters of Bristol history – such as Bristol’s heavy role in the slave trade.

But, good or ill, you won’t want for history to explore. Everywhere you look you’ll see historic artefacts, from the towering cranes lining the edges of the dock, to beloved old ships like The Matthew and the Pyronaut. 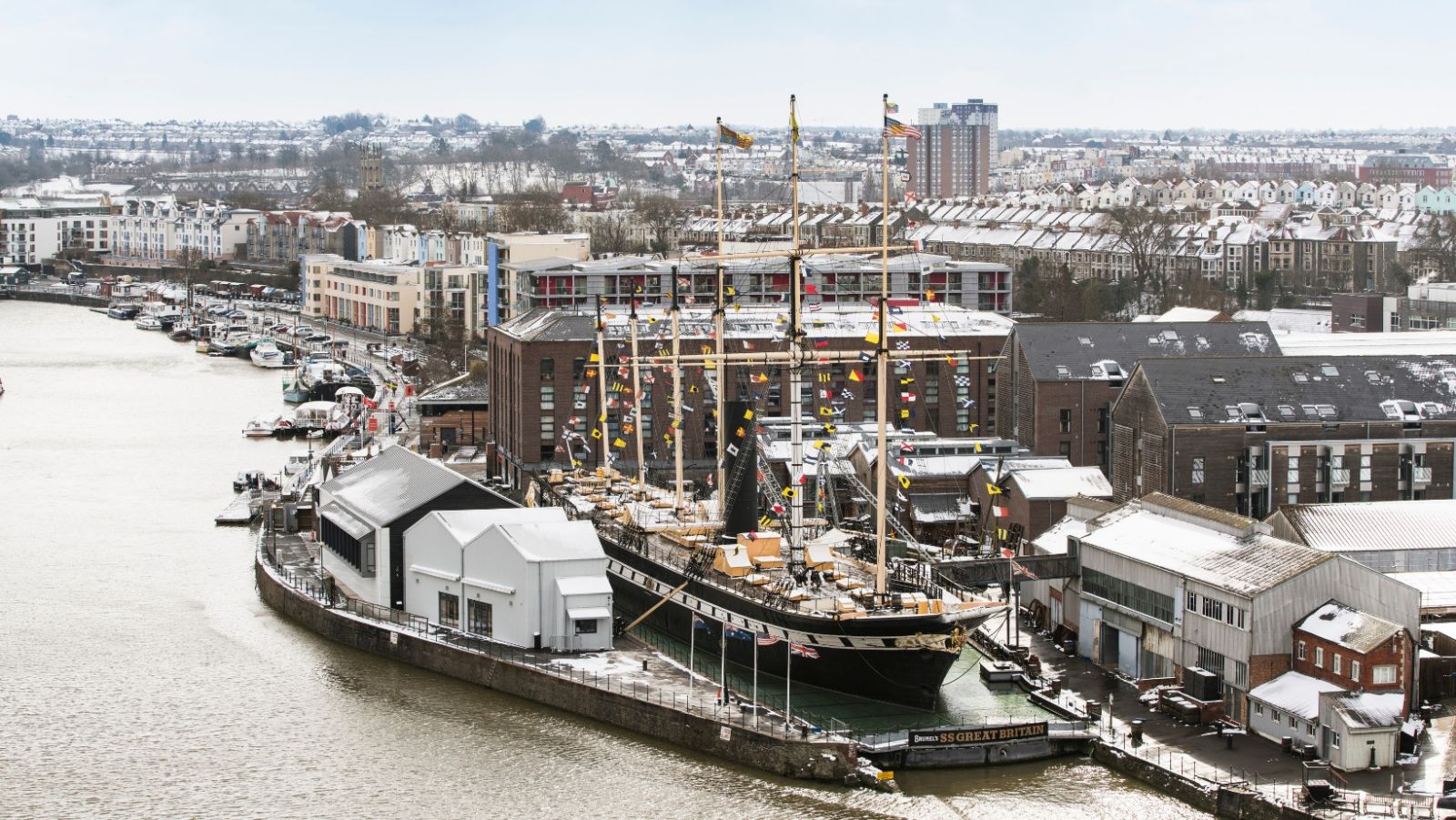 Perhaps the most famous among Bristol’s ships is Brunel’s S.S Great Britain. The largest passenger ship of her size at the time, and the first ocean-going ship to be both clad in iron and use the then-pioneering screw propellor. In the now-restored ship, you can explore the history of the vessel, and what life might have been like for those aboard it.

To learn more about Dockside, why not check out Underfall Yard? The historic shipyard has the mechanisms for controlling the harbour’s water and silt level, with plenty of events to learn more about the yard – and a cafe to enjoy a cuppa by the waterside.

It’s #HeritageTreasuresDay so please enjoy these clips of the historic machinery in the Docks Engineers’ Workshop! First up, the 1885 Tangye engine, still powering the belt drive...@HeritageFundUK #HeritageTreasures pic.twitter.com/8CKyRyCV6R

And that's our guide to the Bristol Docks. As always, we can't round up all the highlights in a single article - but we hope we've given you a jumping off point to doing some exploring of your own. Please do get in contact with us here and let us know your favourite hangouts or locations.