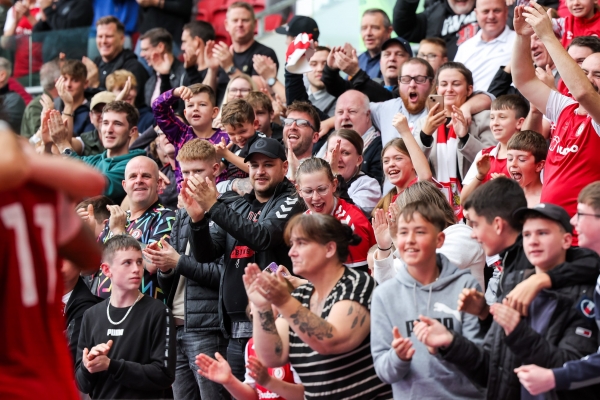 It’s not often The Robins make it to the fourth round of England’s most prestigious domestic cup and Ashton Gate is sure to be rocking – particularly with adult tickets as low as £15.

With a dramatic extra-time goal from Sam Bell against fierce rivals Swansea City secured Nigel Pearson’s team a fourth round spot on Tuesday and West Brom beating Chesterfield in the West Midlands, the stage is set for a tasty battle in BS3.

Priority tickets for the match are available now and can be found on the Bristol City website.

???? Tickets for our Fourth Round @EmiratesFACup tie against West Brom are now on priority sale from just £5! ????

It’s been a tough season once again for City fans, with the club languishing in the bottom half of the table and, until the team’s last few performances, many fans calling for manager Nigel Pearson’s head.

The Robins could do with a long overdue cup run to stave off disgruntled supporters and maintain the momentum beginning to pick up following an impressive 4-2 win over Birmingham City at Ashton Gate and an exciting 2-1 victory over the border versus Swansea.

A 1-1 draw when City first played The Swans in the FA Cup on 8 January set up a replay in South Wales that was not ideal for either side. So, on Tuesday, hordes of Bristolians braved the cold to watch a Robins team unchanged from the victory over Blackburn Rovers.

City went 1-0 up thanks to Mark Sykes (his third in two games) but were soon pegged back by Ollie Cooper. With the tie poised at full-time, Pearson brought on some new blood with debutant Omar Taylor-Clarke and Sam Bell both coming on.

And it was the latter that found the winner with a stunning strike reminiscent of his father – Micky Bell who played almost 300 games for the club. Queue celebrations in a packed away end. 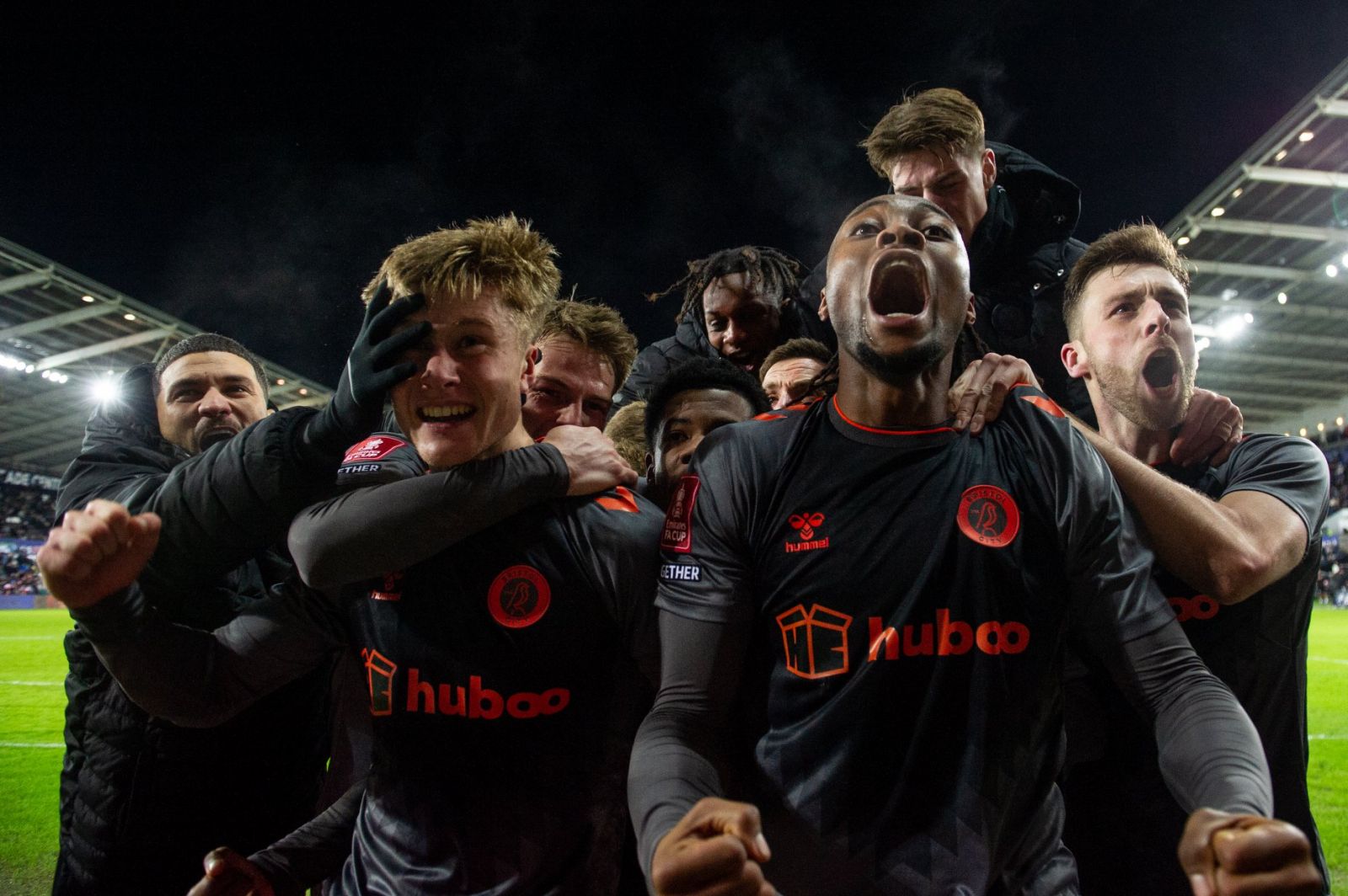 That victory has set up a fourth round tie with Carlos Corberán’s in-form West Brom side at Ashton Gate on Saturday 28 January. Priority tickets are available now and can be found here - see below for details. 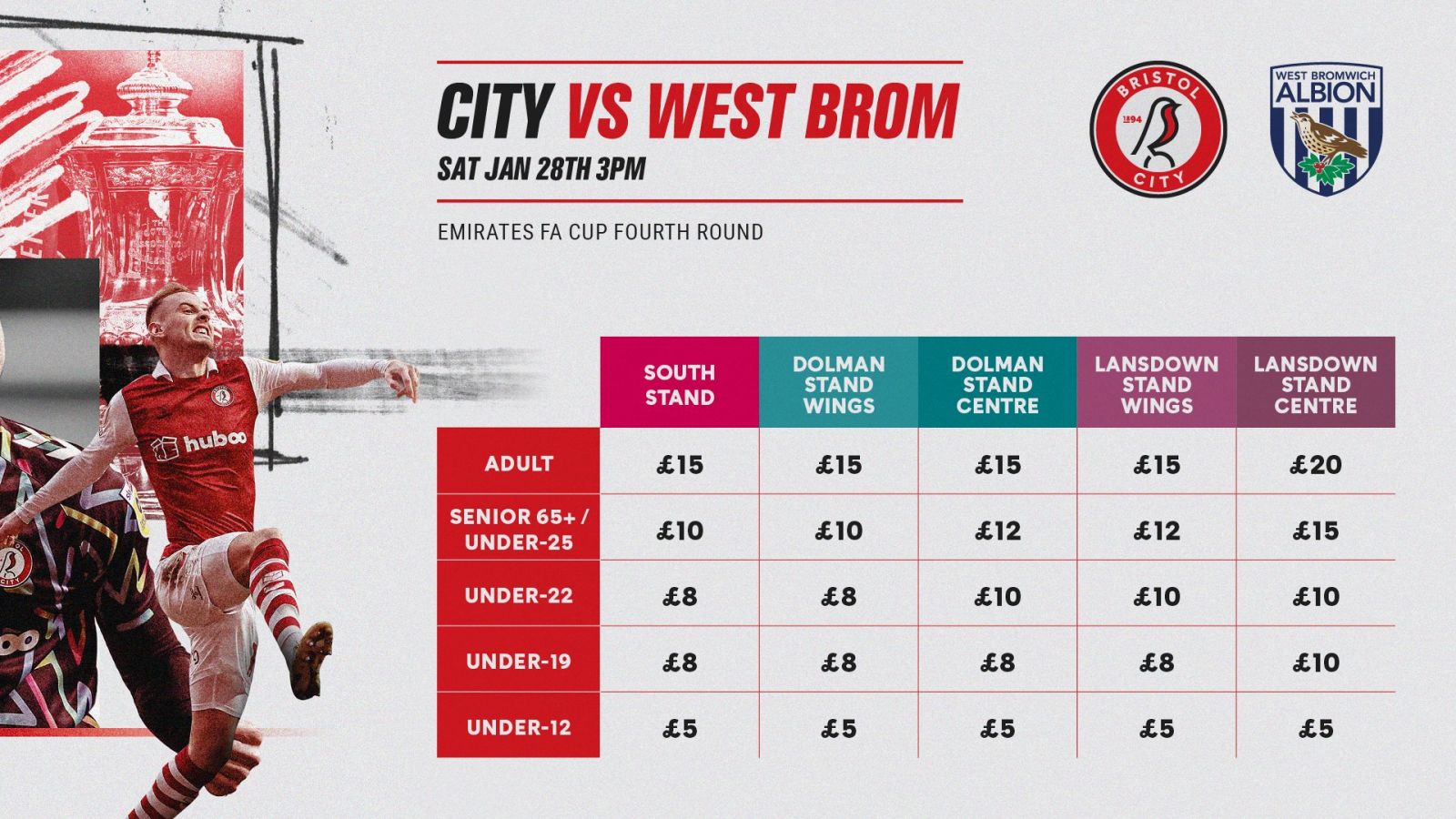