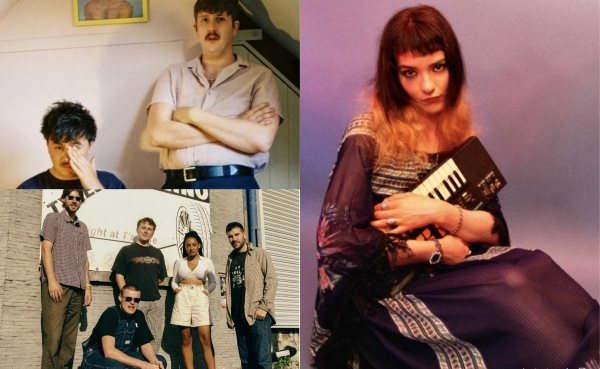 The much-loved Bristol indie label are set to take over The Louisiana’s New Year’s celebrations with an array of exciting live artists and DJs.

Breakfast Presents: NYE at The Louis will run from 8 PM until 2 AM on New Year’s Eve.

After last year’s planned celebrations were curtailed by that dastardly virus, Breakfast Records are planning a bigger party than ever before with appearances from Eades, Getdown Services, Vanity Fairy and others.

A handful of early bird tickets are still available at £12 before prices rise to £15. Grab yours HERE.

Eades’ energetic, garage punk sound and DIY ethos has led to the band becoming known as an artist to look out for amongst the alternative community. Originally from Leeds, they have received widespread praise for their rhythmic, lo-fi debut album, Delusion Spree.

Getdown Services have become a real Bristol favourite of late. Hailing from Bristol and Manchester, the two-piece’s sleazy, groovy and witty tunes as well as their raucous live shows (often involving a fair bit of toplessness) have firmly established Ben and Josh as local heroes.

The final live act scheduled to play is Vanity Fairy is a project from the mind of singer-songwriter Daisy Capri. With influences including 80s disco, pop and electro, the Moshi Moshi signed artist’s distinct and imaginative style has seen her support the likes of Warmduscher, Katy J Pearson and Toyah Willcox in recent months.

NYE at The Louis will also feature a host of local names taking to the decks. DJs from prominent local promoters 1% of One will be joined by Breakfast veterans Auntie Climax and Captain ACAB and DJ Ski School.

As well as live and DJ sets, Breakfast Presents: NYE at The Louis will feature karaoke and a well-stocked bar – the perfect set up for a lively New Year.

Tickets for this one are going quickly so secure yours HERE.