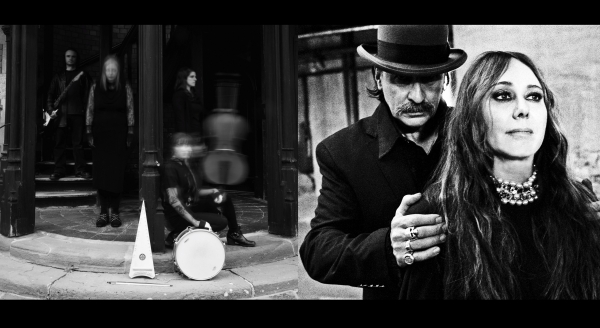 Catch a distinctive night of music in a special venue this autumn.

The gig – the first in a string of three across the UK – will take place in the crypt of The Mount Without, a 900-year-old gathering place with a storied past.

Tickets for this event can be found here.

Presented by Dark Alchemy - an independent event series promoting experimental artists in unique spaces – this one is for those seeking a truly singular experience in striking settings.

The Mount Without - the chosen venue for this gig – is a longstanding gathering place with stripped back, exposed walls with etched in paintings, lending it the sense of an ethereal abandoned space.

The former consists of Alexander Hacke and Danielle de Picciotto – both Berlin based artists that have been operating in the city since the late 1980s.

After many years involved in various projects the two joined forces in 2010, quickly attracting acclaim for their expansive and exploratory output reflecting the endless movement across places, landscapes and environments they have experienced.

Playing alongside them on the night are Dead Space Chamber Music, a dark neo classical group specializing in reinterpreting medieval and renaissance era songs and shapeshifting them into something contemporary.

Released via local imprint Avon Terror Corps, the band unveiled their second record, ‘The Black Hours’ in 2021, a dark, moody and visceral body of work that attendees of this event will get to witness firsthand.

The band appeared in issue four of LOUD Magazine – 365Bristol’s dedicated music publication. You can read the article here.

Tickets for this event are on sale now and can be purchased here.