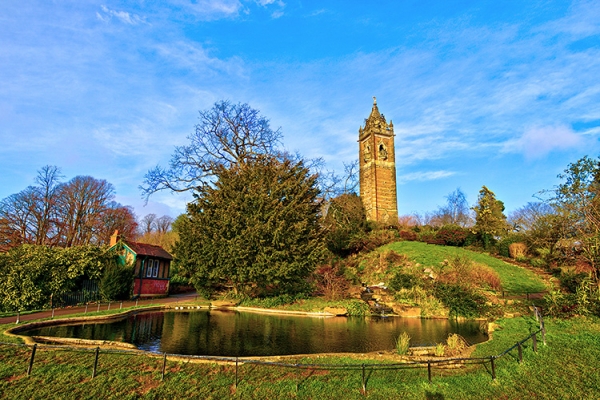 The Fifteen Wonders of Bristol

Bristol is a city jam-packed with intriguing historic marvels, from world-renowned architectural triumphs to some of the city’s best-kept secrets, it’s a city with a truly fascinating past.

This list was originally designed as a ‘Seven Wonders of the Bristol’ (akin to the famous world list), however, Bristol’s unique landscape of historical and fascinating sites made it impossible to whittle down the long list.

Kicking off our list is the epic Cabot Tower. Perched atop the precipitous parkland of Brandon Hill and visible from much of the City Centre and South Bristol, the grade II listed building was built in 1898 to commemorate the 400th anniversary of John Cabot’s journey from Bristol harbour to Canada.

While not always open, the tower is free to climb with a stunning panoramic view of the city the reward when you reach the top. 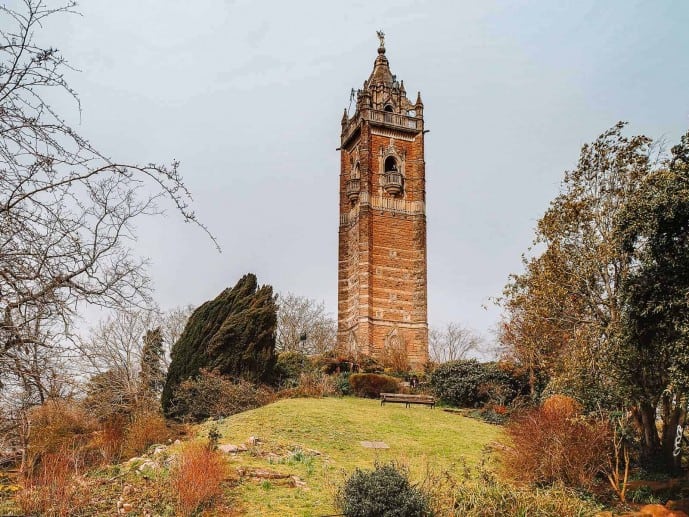 Moving on to one of the city’s most iconic landmarks in the shape of SS Great Britain. Designed by one of Bristol’s most famous sons, Isambard Kingdom Brunel, the steamship was the largest passenger ship in the world from the year it was built, in 1845, until 1854.

The steamer was recovered in 1970 and underwent a lengthy restoration process, eventually finding its home at Bristol dry dock. The site is now visited by over 150,000 visitors a year with a museum and restaurant as well as the exquisitely restored ship.

More information about visiting can be found here. 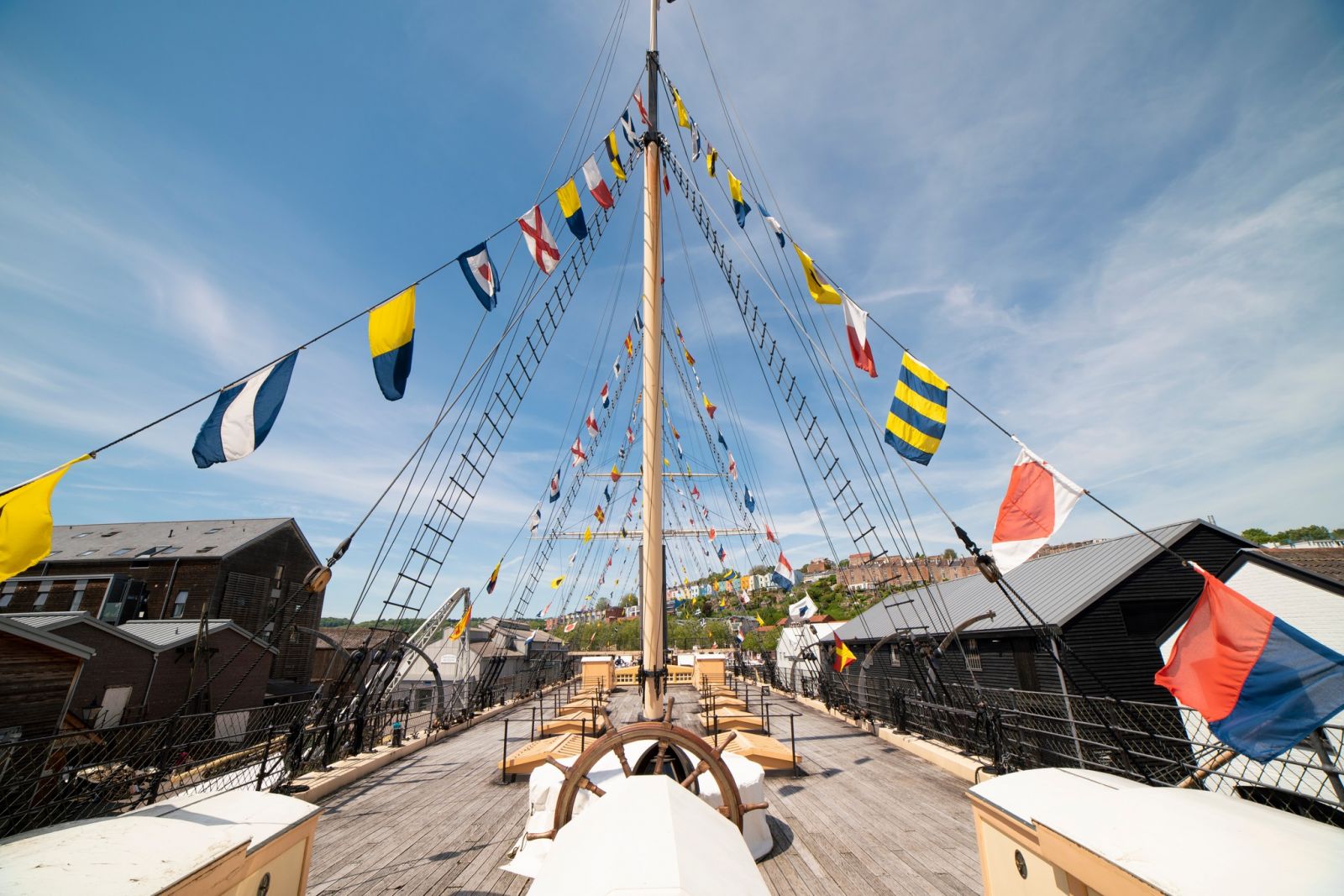 The grander of Bristol’s two cathedrals, the Cathedral Church of the Holy and Undivided Trinity was founded in 1140 and consecrated eight years later. With its intricate and patterned stone walls, the cathedral is seen as one of the great medieval buildings.

For more information about visiting the cathedral, head to the website. 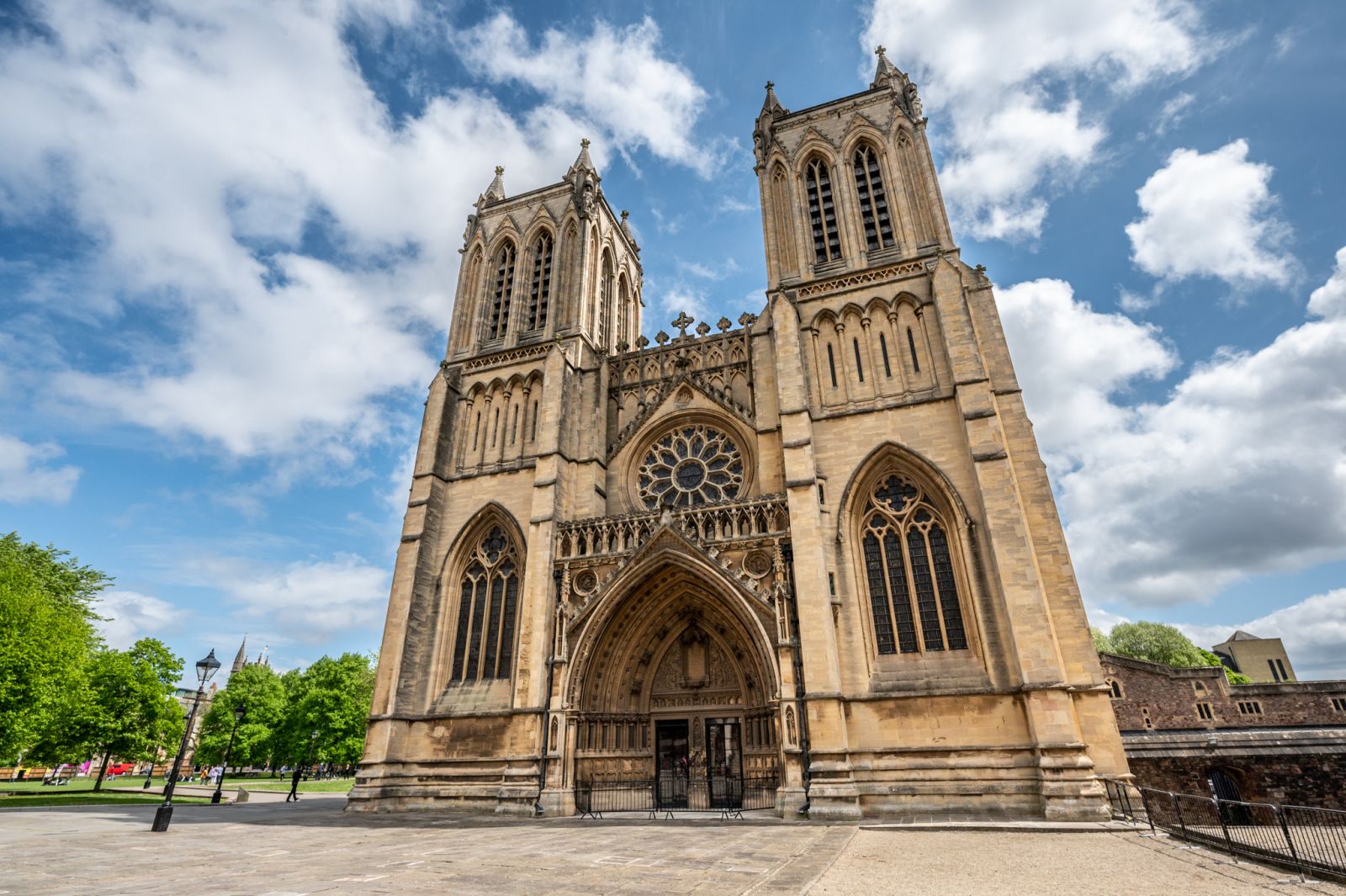 Located pretty much next door to the cathedral to the south of College Green, Bristol Central Library is steeped in history. The building was built in 1906 by celebrated architect Charles Holden in the Edwardian Free Style, contrasting greatly with the Neoclassic nature of the interior.

Originally located elsewhere, Bristol Central Library is the second oldest public library in England. These days trips to the elegant space can be completed with a spot of refreshment at Stoneground Café, the in-house canteen. Visit the library website for more information. 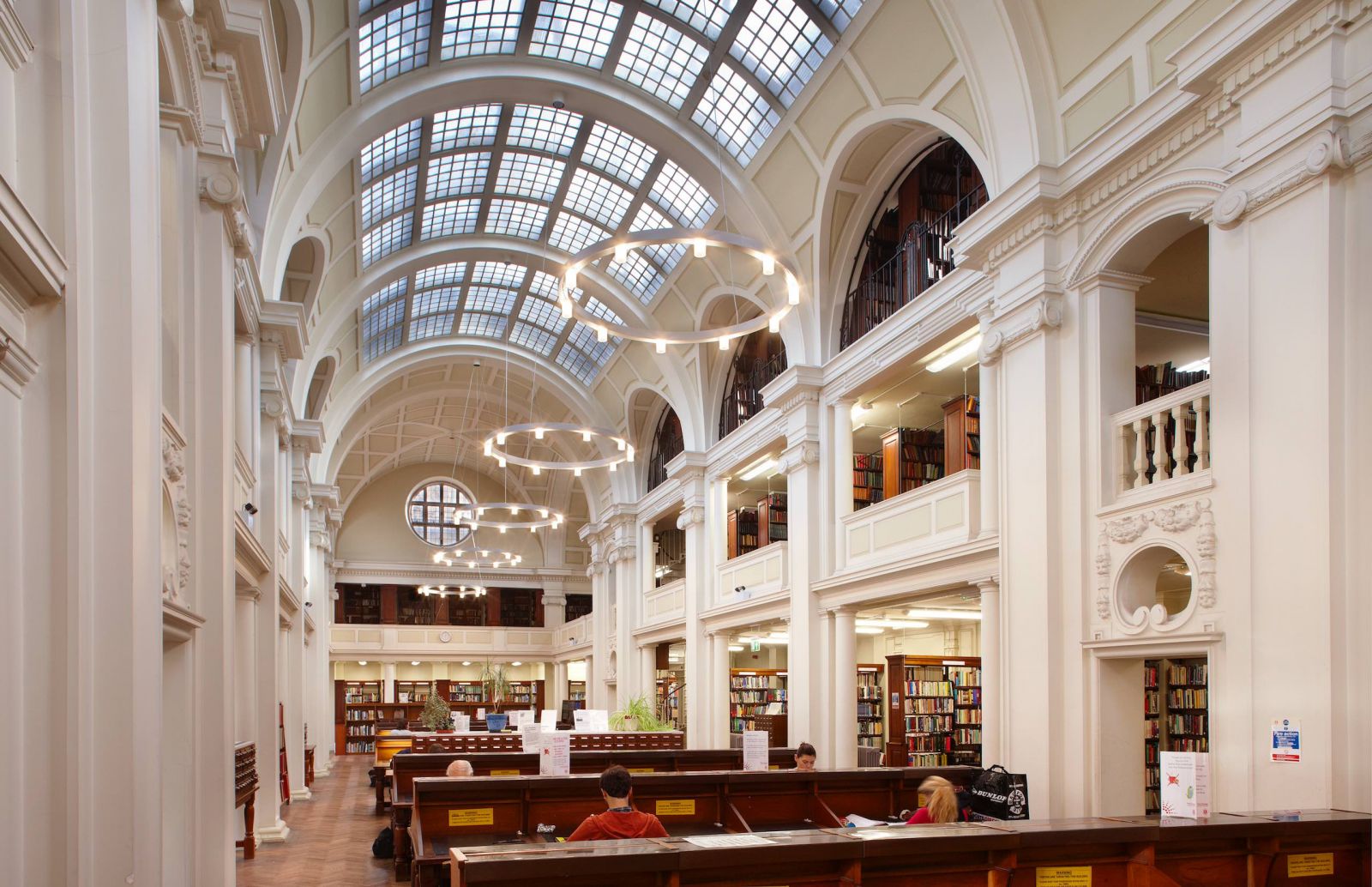 A popular location for Instagrammers and amateur photographers, St John on the Wall is a striking site. Built into the medieval walls of the Old City, the upper church and its vaulted crypt are located at the lower end of Broad Street.

The church contains several historic monuments, including those of, three times mayor of Bristol Walter Frampton, and Thomas Rowley (a pseudonym for poet Thomas Chatterton’s forgeries of medieval poetry), as well as featuring statues of Brennus and Belinus – the legendary founders of Bristol.

The church’s crypt has previously hosted gigs and there are regular tours of the interior. More information can be found on the Visit Churches website. 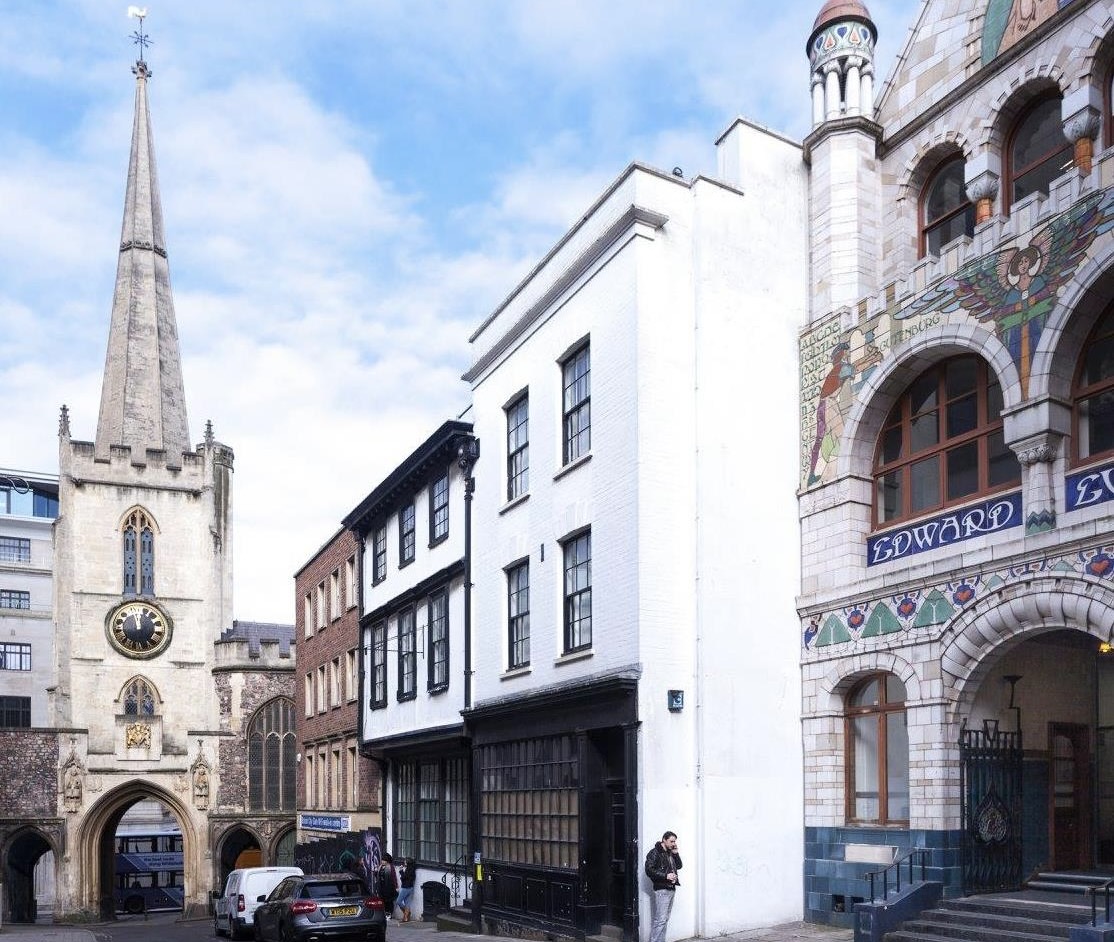 A fittingly grand building considering this is the first thing many people travelling to Bristol will see, Temple Meads is the second architectural triumph on the list that was designed by Isambard Kingdom Brunel – we all know what the third will be.

The station was opened in 1840 s the western terminus of the Great Western Railway, another of Brunel’s triumphs. Its name comes from the nearby Temple Church (which was destroyed by bombs during World War II) with the word “Meads” referring to the water meadows along the River Avon.

Temple Meads has been expanded several times but has always retained its astonishing Gothic style and stunning steel and glass roof. Station details are available on the GWR website. 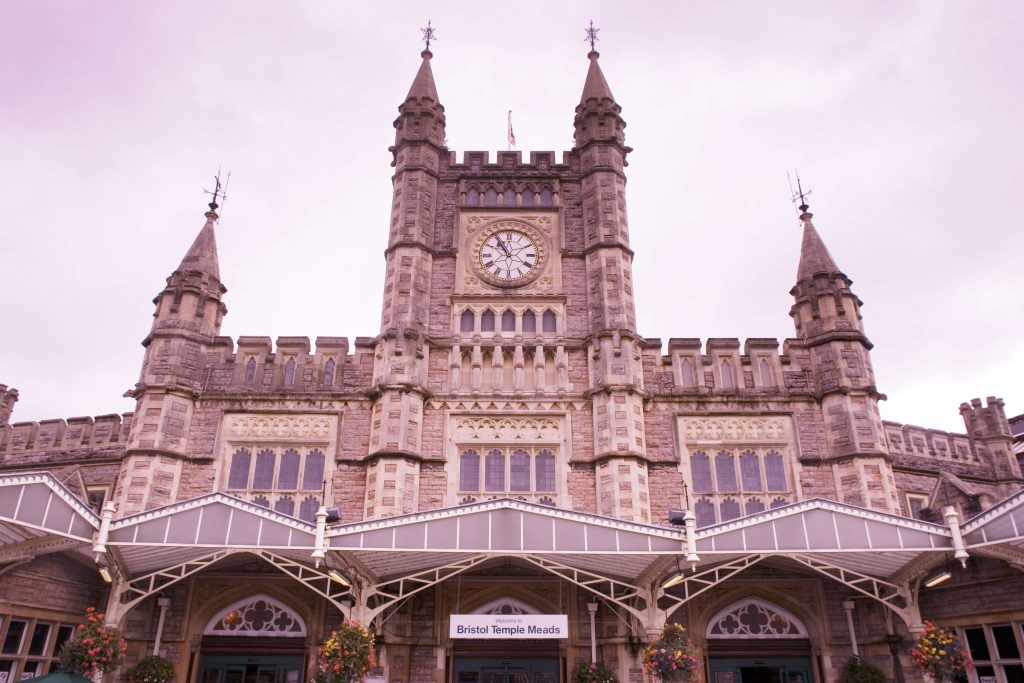 Next on our list is Bristol’s very own masterpiece of Gothic architecture. Often mistook for the cathedral, the site of St Mary Redcliffe has been a Christian place of worship for more than 800 years.

A Grade I listed building the history of the epic building is intertwined with a deluge of prominent historical figures including John Cabot, founder of Pennsylvania Admiral William Penn, renowned painter and social critic William Hogarth and even Queen Elizabeth I.

St Mary Redcliffe is an aspect of the story of Bristol that is as integral as the nearby docks, to find more about the church head to its website. 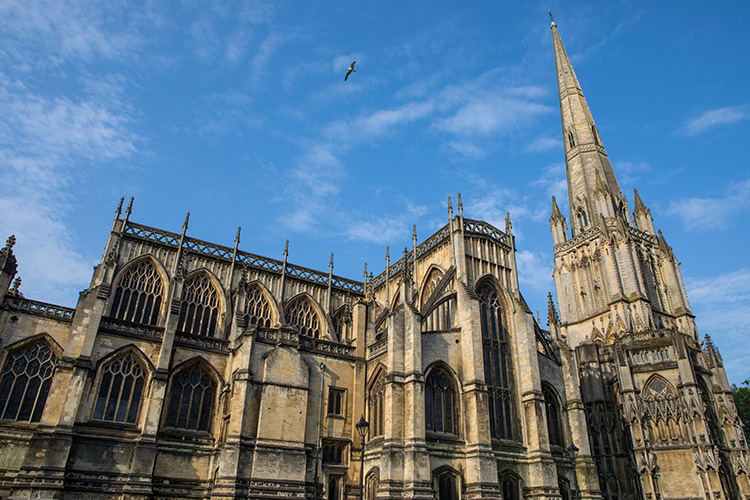 Another Broad Street wonder, the Palestine Museum and Cultural Centre is most recognisable for its beautiful glass front. One of the newest places on this list, it was founded in 2013 to explore Palestinian culture, heritage, and daily life.

The museum is run solely by volunteers and is open for pre-arranged weekday visits for groups or individuals as well as events and conferences. To arrange a visit, contact the centre here or visit their Facebook page to keep up to date with what’s going on. 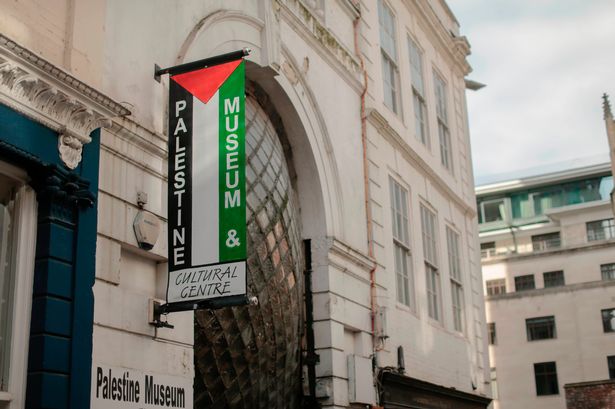 The sprawling estate with its grand Grade I listed mansion and 210.21 hectares of land is the perfect spot for a picnic or game of frisbee, however, it is also a site of great natural and historical importance.

From the 16th till the 20th century, Ashton Court was owned by the Smyth family; an immensely wealthy family whose patriarch, John Smyth, was twice lord mayor of Bristol; but it is now under the stewardship of Bristol City Council.

Due to a multitude of expansions and developments, the architecture of the mansion is complicated and unique with the 15th-century manor cocooned within the more modern wings. The large estate that surrounds the house is significantly smaller than it originally was and now incorporates golf courses and mountain bike trails as well as its population of deers. Bristol Old Vic, situated right in the middle of the historic King Street, is the longest continually running theatre in the country. Built in 1766 after fifty locals each invested £50, the theatre was designed by the same architect involved in London’s Theatre Royal.

The theatre has undergone multiple refurbishments (one of which resulted in the discovery of 19th-century graffiti of a schooner in full sail) and 2018 saw a multi-million-pound redevelopment project taking place.

The Bristol Old Vic Theatre School was founded in 1946 and has since become known as one of the finest in the country. The likes of Brian Blessed, Gene Wilder, Daniel Day Lewis, Jeremy Irons, and Miranda Richardson have all passed through the school’s ranks. To find out what the theatre has coming up visit its website. Some may not agree with the inclusion of a Wonder that only exists in ruins but Bristol Castle’s importance to the city is undeniable. Built to defend the city during the reign of William the Conqueror, the castle has a rich history as a site of rebellions, the education of kings and royal imprisonments.

The castle was demolished in 1656 under the orders of Oliver Cromwell and later destroyed completely during the Bristol Blitz. However, the last remains can still be seen in Castle Park and its chambers are protected as an ancient monument. 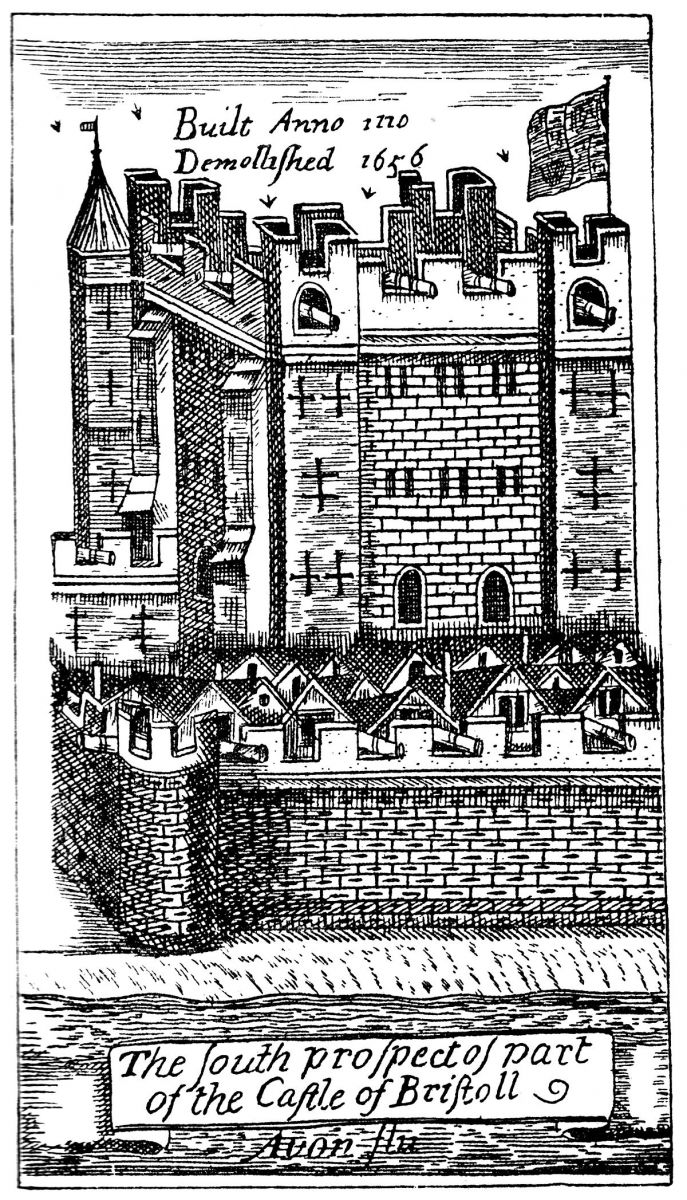 Situated at the top of Park Street, Wills Memorial Building is often mistaken as a far older building than it actually is due to its neo-Gothic style. Indeed, the building was opened in 1925 is widely considered one of the last great Gothic buildings to be built in the UK.

The building– now the centrepiece of Bristol University – was commissioned in 1912 by Bristol tobacco magnates W.D & H.O. Wills. Construction began in 1915 but was halted due to the continuation of the First World War.

In 2006 an epic cleaning process of the building began, eventually revealing various architectural details that had been hidden for years. The building was re-unveiled by the late Harry Patch. Patch was the last surviving British soldier who fought in the trenches and the one-time oldest man in Europe was also involved in the construction of the Wills Building. Another pick that could be described as hidden in plain sight, Arnos Vale is a beautiful Victorian Garden Cemetery that features 45 acres of green space as well as an on-site café. One of Bristol’s best-kept secrets, the cemetery is a unique and historic heritage site nestled in the heart of the city.

Some of the notable names buried in the cemetery are Bristol Rovers legend Harry Bamford, social reformer Mary Carpenter, the Wills brothers and - most intriguing of them all – Chhatri of Raja Ram Mohan Roy.

A famed social-religious Indian reformer, Ram Mohan Roy was buried in Bristol after he died in the city due to meningitis. An ornate mausoleum marks his final resting place, accompanied by an epitaph, and a remembrance service is held every year.

Information about the site can be found on the Arnos Vale website. After originally being dubbed ‘Queene Street’ after Elizabeth I visited the city in 1574, the historic street became known as Christmas steps in the mid-19th century.

The iconic steep steps (now home to several independent shops and pubs) were constructed by wine merchants in the 1600s and the street has had a song by post-rock legends Mogwai named after it as well as a mention in the Terry Pratchett novel, Dodger. 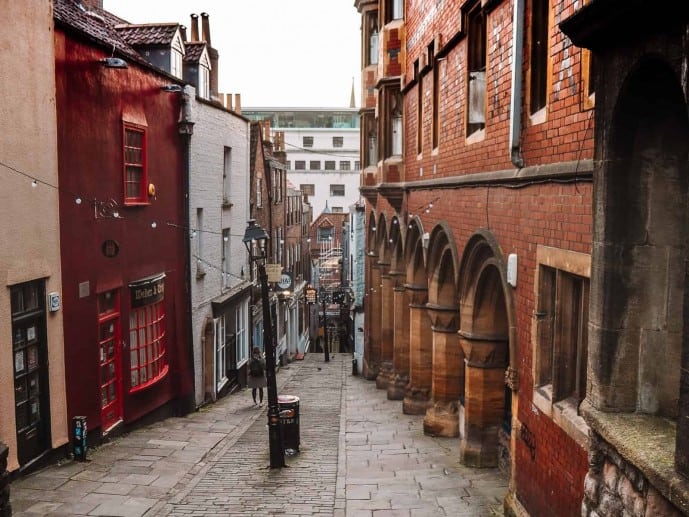 Finally, a mention of Bristol’s most iconic wonder, the Clifton Suspension Bridge. The structure was designed by Brunel at only 24 years of age and took 33 years to complete before it eventually was opened in 1864.

The bridge’s story is not as simple as it is often made out to be. Brunel did not live to see his construction finished and, when it was, the construction was vastly different to his original plan. Multiple construction workers also died during the building of what has become the worldwide emblem of the city. Got your own list of Bristol Wonders? Think we’ve missed somewhere out? Get in contact with us here and let us know.