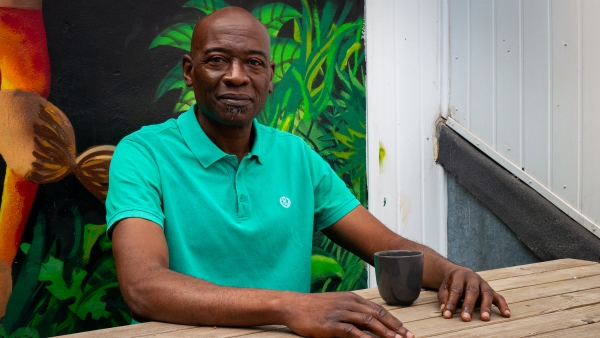 Getting to know Freestyle Bristol with Delroy Hibbert

To reignite our 'Getting to Know' series, last week we caught up Delroy Hibbert, Director of Community Interest Company Freestyle Bristol.

In your own words, could you tell us who Freestyle Bristol are, and what you do?

Freestyle Bristol is a CIC that works with young people, predominantly in two areas; one is with regards to the website itself, which is a website created by and aimed at young people in Bristol, 16-30. The website provides content and shines a light on what young people are doing but it’s also to give young people the chance to be supported in learning new skills around creative and digital media. People can come to us whether they're a beginner, or whether they’ve already got some skills, and they can gain that practical work experience.

The other side that we do is more for 10-18s, where we deliver youth activities. So we’ve got a football session for young men run on a weekly basis & we just started a session aimed at girls and young women. We also run, at Southmead Youth Club, music production and vocal recording. So it’s quite a diverse offering, but it’s really related to giving young people more opportunities.

I noted you, with your main strand, do 16-30 – which I thought was interesting. A lot of similar programmes cut things off at 18-25. What was your thinking behind that?

We wanted to be more flexible, because I do know that – especially with regards to just having come out of two years of pandemic – there are people who, when they were 25, missed out on a lot of opportunities. I think that people can come out university in their early 20s, spend a few years doing things then think again about “what do I want to do?”

I just kind of feel that’s the generation we aim our content at, so we want to give those people an opportunity as well. I don’t see why at 25/26 you should stop needing support.

You’ve recently been focusing on helping young artists who are struggling due to the confines of the pandemic – as we come out of a lot of the restrictions and pressures associated with the pandemic, what kind of role do you think Freestyle will take going forward?

The other problem we had as professionals working with children and young people, is our model is face-to-face and we couldn’t actually engage with them or support them. So this is why I came up with the idea of having a digital model. The other things I saw happening around 2020 when I had this idea was a lot more activism around BLM, XR, etc.

I wanted to also give young people a voice, because quite often young people are seen in a negative light – but we don’t shine a light on positive stories and support those people that have got something to say.