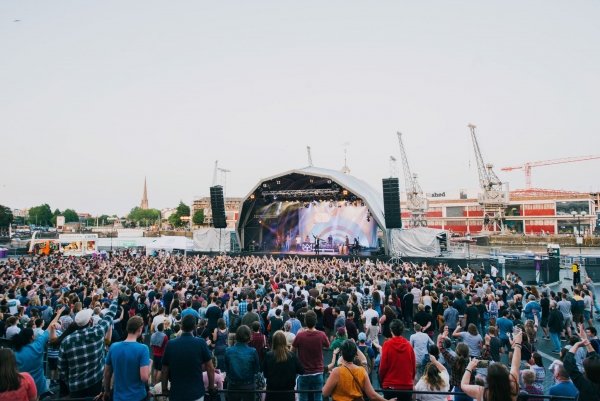 Final acts have been confirmed for the long-awaited return of the Bristol Sounds series, set to host six open-air gigs in six nights from Wednesday 22 to Monday 27 June.

Tickets for Bristol Sounds 2022 are still available in limited numbers, but with Paolo Nutini having already sold out, the other shows are expected to follow suit. Find out more and secure your tickets here.

Bristol Sounds is making a welcome return to the city centre this summer, having been unable to go ahead in 2020 or 2021 due to the coronavirus pandemic.

The following day Paolo Nutini will perform live on the Harbourside for the first time since selling out the same venue back in 2014, before cult rockers Elbow take the stage on Friday 24 June, alongside London pop-rockers The Magic Numbers and US singer-songwriter Jesca Hoop.

Bristol Sounds 2022 will close with a performance from revered US outfit The War on Drugs, certain to provide a spectacular end to the series with a typically intense and ambitious live show, with support provided by Nashville solo act Soccer Mommy.

If - and granted, we Brits know all too well that it is a big 'if' - the weather holds out, Bristol Sounds 2022 could well emerge as one of the city's musical highlights of the year.

Final tickets for the series are on sale now - find out more and get yours here.