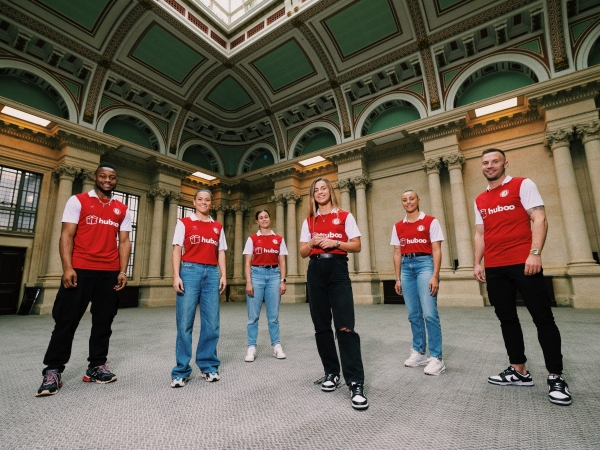 Hummel's latest effort for The Robins harks back to one of the most successful seasons in the club's history.

The new kit's collar, white sleeves and striped socks are the focus of City’s brand-new kit, which was modelled yesterday evening by players from both the senior men’s and women’s teams.

Replica kits for the upcoming season are on sale now and can be found here.

The kit - made a reality once again by Danish kit manufacturer, Hummel and sporting new shirt sponsor Huboo - is a tribute to the design worn by the Robins in one of their most successful ever seasons, 1954/55.

The kit sees City adorn a collar for the first time since 2014/15, a season that ended with a League One and JPT double for the men’s team under Steve Cotterill.

The white sleeves are a true break away from tradition, having only ever featured on the 1954/55 shirt. 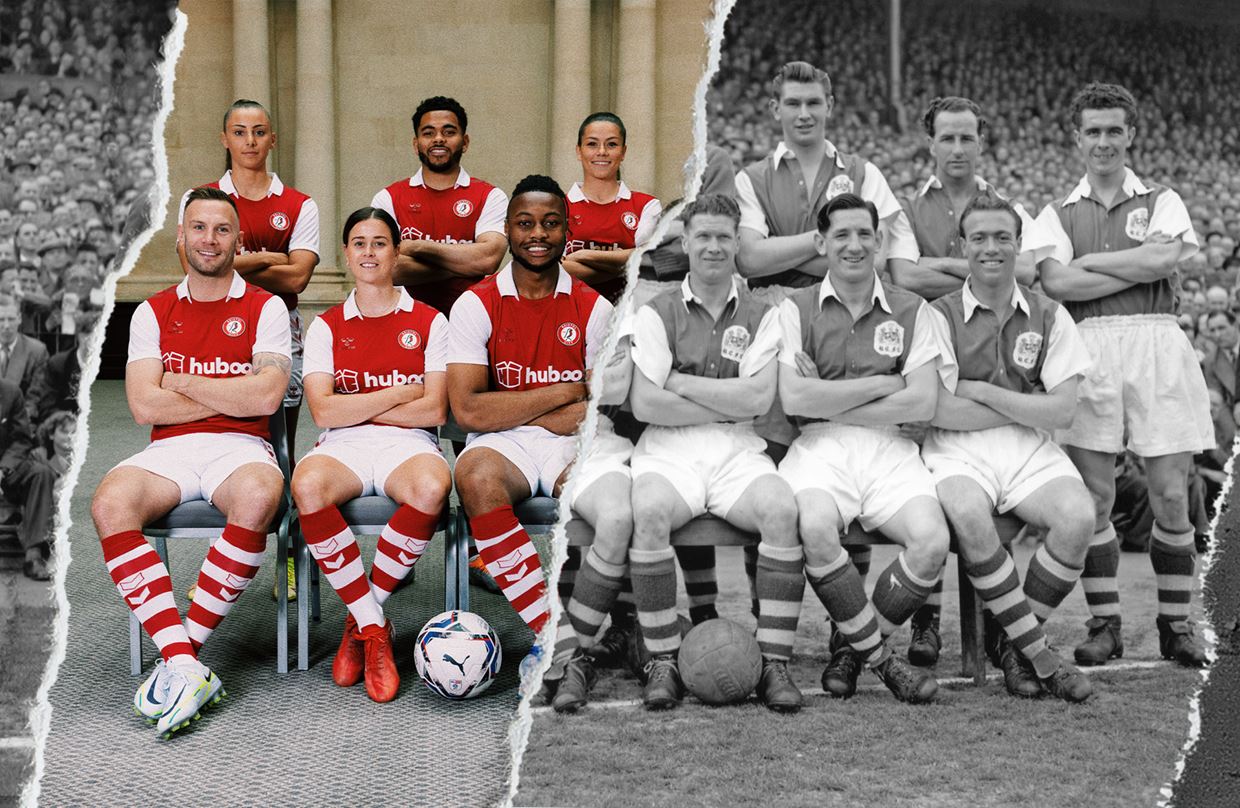 The striped socks, however, were a staple of Robins kits throughout the 1940s and 50s and make a welcome return here. Details include an England flag below the back of the neck, Hummel chevrons on the shoulders and an embossed robin on the lower back.

City have made an effort to place the club’s women’s side at the forefront of the promotional material with the club noting that, in 1954, women’s football was banned.

On Tuesday, the club also launched their home and away goalkeeper shirts to a great deal of positivity from City fans and the wider community alike. The 90s-inspired kits (pictured below) continue the club’s theme of award-winning vibrant kits. 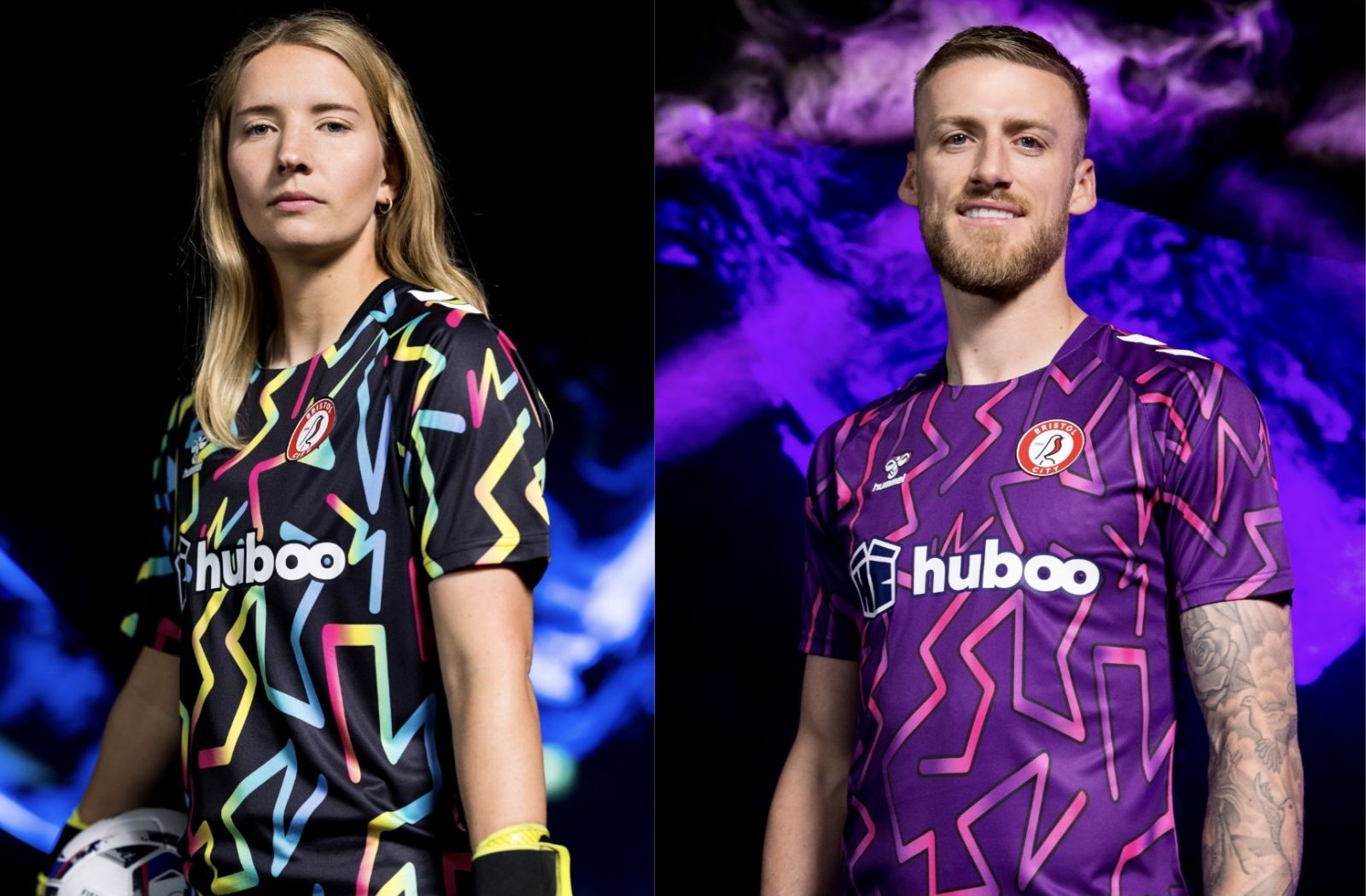 In addition, the Robins have released their all-new training and lifestyle ranges. There is a blackout range, a broad selection of graphic t-shirts and training wear with a nod to the City of Bristol featuring Brunel’s top hat, robins, balloons and The Suspension Bridge.

The South Bristol club have had a successful break so far, announcing two new signings thus far (midfielder Mark Sykes from Oxford United and defender Kal Naismith from Luton Town) and securing a new contract for experienced centre back Timm Klose (pictured below).

With the new strip announced and pre-season friendlies beginning to be arranged, all eyes are beginning to turn to the next season. 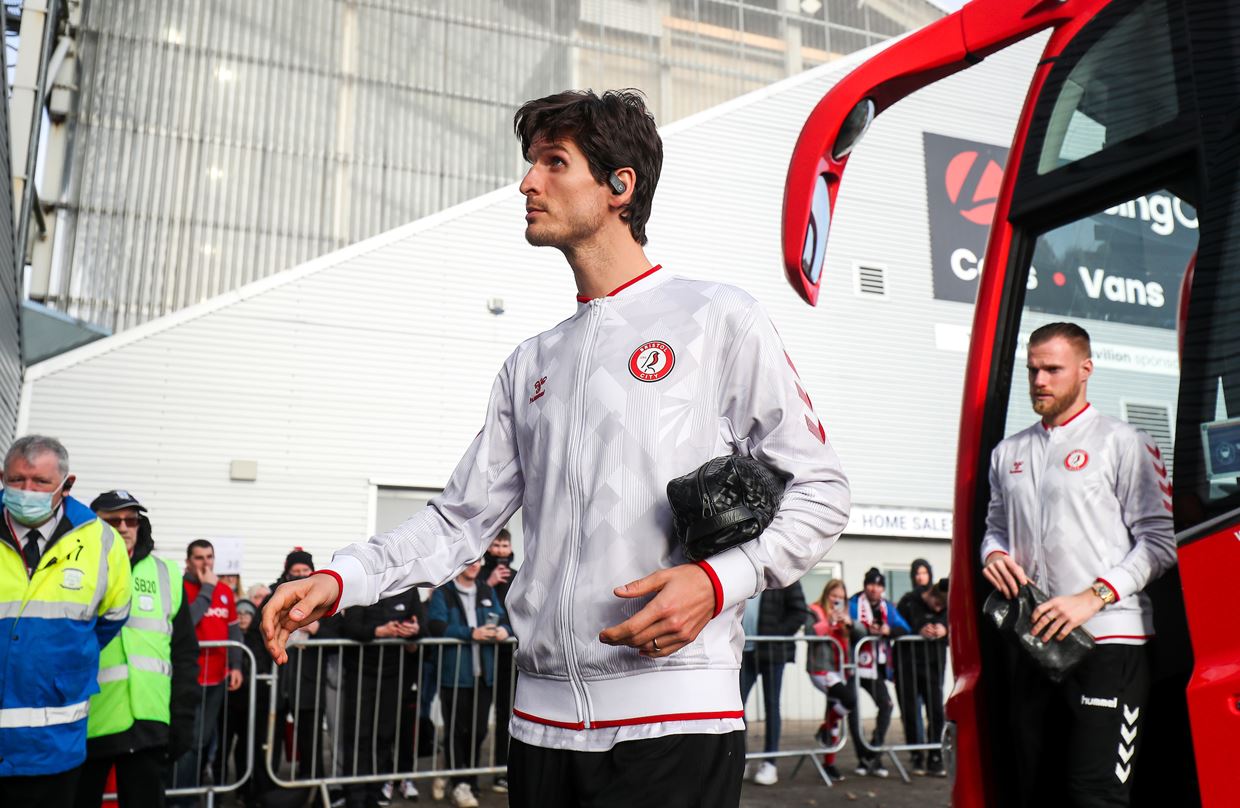 To purchase any of these items or to keep abreast of Robins-related news, head to the Bristol City website.