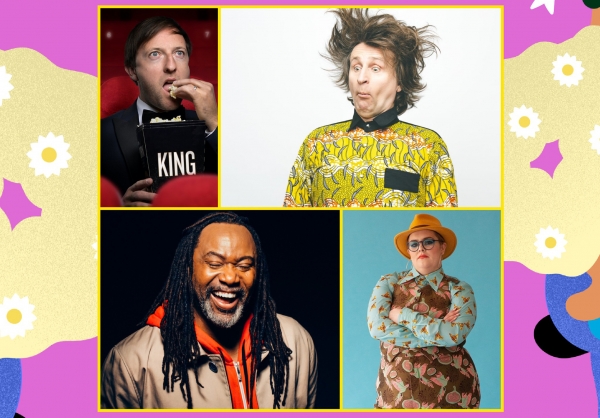 Don't miss live sets from some of the UK's most in-demand standup acts.

We're just a few weeks out from the eagerly-anticipated return of Bristol Comedy Garden, an annual celebration of live comedy which will, this year, be taking over The Downs from Wednesday 15 to Sunday 19 June.

Organisers have gone all-out with this year's lineup, with the likes of Nish Kumar, James Acaster and Rose Matafeo among a vibrant lineup of renowned British comics set to perform across the weekend.

While a handful of nights included on this year's Bristol Comedy Garden programme have sadly sold out - it's bad news for disorganised James Acaster fans - tickets do remain for some truly unmissable events.

BRISTOL… TAKE ANOTHER LOOK AT OUR INCREDIBLE LINE-UP! ????

In case you forgot, we're just reminding you of the AMAZING line-up we have prepared this year for you ????

First of the shows still up for grabs is headlined by none other than David O'Doherty, star of 8 Out Of 10 Cats Does Countdown and his own Channel 4 show, Along for the Ride.

If - by some miracle - none of the above tickles your fancy, the final day of this year's Comedy Garden programme sees none other than Alan Davies headline an afternoon show, joined on an all-star bill by Mark Watson, Sikisa and Kiri Pritchard-Mclean.

Alongside a stellar standup offering, Bristol Comedy Garden 2022 will be home to a diverse selection of craft beers, sumptuous street food stalls and much more, all taking up residence on The Downs from 15-19 June.

Tickets for all of the shows listed above remain available at the time of writing, but are expected to sell out before the event gets underway.

To find out more, to browse the full lineup or to secure your tickets, head to the Bristol Comedy Garden website.