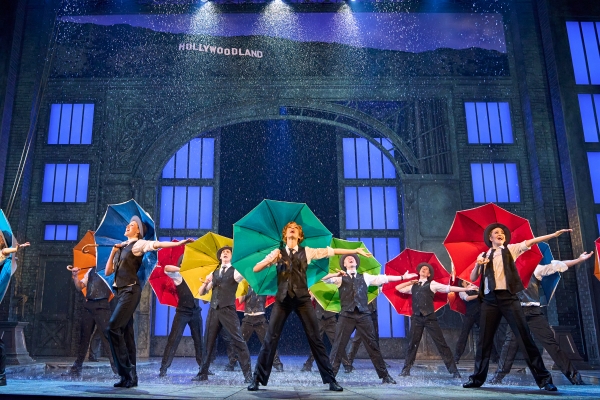 Complete with a star-studded cast, Jonathan Church’s acclaimed production of the timeless musical is making its way to the Westcountry.

Already a roaring success in some of the UK’s most well-known theatre venues, Singin’ in the Rain is set to arrive at The Bristol Hippodrome this month.

Running between Monday 16 and Saturday 21 May, the tap-dance and singing extravaganza (based on the classic film starring Gene Kelly) is set to be a popular one.

Tickets for an eight-show Bristol run are on sale now and can be found here.

Oh what a glorious feeling... Only one week until Singin' In The Rain - @intherainsocial opens!

What's your favourite song from the musical? ?????

Transporting audiences back to 1920s Hollywood, Singin’ In the Rain meets silent movie hero Don Lockwood at the peak of his powers, starring in a string of hit films and involved in an arranged romance with the most desirable actress in town.

Time is not on Don’s side, however, with ‘talkies’ beginning to take over the silver screen. This cataclysmic change to the film industry, as well as a chance meeting with a talented young chorus girl set to steal his heart, promises to change Don – and Hollywood – forever.

The production is brought to life by an all-star musical theatre cast of Sam Lips as Don Lockwood, Charlotte Gooch as Kathy Selden, Jenny Gayner as Lina Lamont and Strictly Come Dancing’s Kevin Clifton as Cosmo Brown (pictured below).

Andrew Wright’s high-energy choreography and Simon Higlett’s sumptuous set design (including over 14,000 litres of water on stage every night) combine with the charm, romance, and wit of one of the world’s best-loved films.

Tickets for Singin’ in the Rain’s stint at The Hippodrome between Monday 16 and Saturday 21 May can be found here. For a comprehensive list of what’s coming up at The Bristol Hippodrome in 2022, head to the theatre's website.