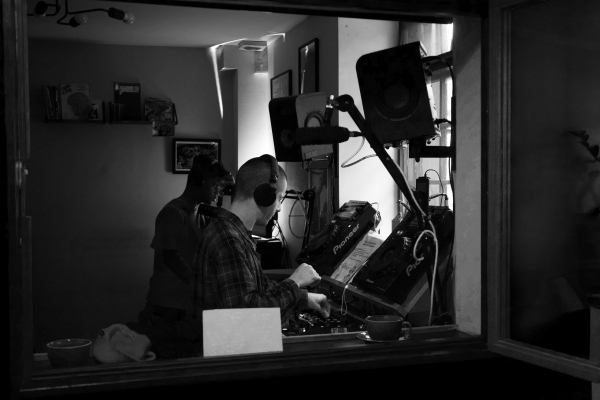 The renowned radio station will be hosting an exclusive event to celebrate the two cities' music scenes.

Independent Bristol-based station Noods Radio have unveiled a full lineup for a one-off broadcast streaming live from Barcelona, giving listeners the chance to get to know an intriguing alternative music scene bubbling away in North-Eastern Spain.

Taking place on Friday 20 & Saturday 21 May, Noods' pop-up radio show will feature a handful of familiar names alongside an array of exciting emerging acts.

The show is set to be broadcast live from 33/45, a bar at the heart of Barcelona's music scene that has previously collaborated with Primavera festival, OFF Sonar and Mutek.es among others.

Launched in 2016, Noods Radio have featured an array of respected local artists as well as several from further afield across the online and DAB airwaves, showcasing a broad spectrum of genres.

Now home to more than 300 residents and a hub for over 1,000 weekly listeners, Noods has emerged as an integral part of the Bristol music scene and a vital platform for a growing number of DJs and live acts based in the city.

On 20 & 21 May, the Noods team will be packing up and travelling to Catalonia to host their first pop-up show in the city, broadcasting a diverse programme of musical talent.

Listeners can expect far-reaching selections spanning everything from 'weirdo' electronics to slow jams, dancehall, IDM and much more in between, courtesy of over 25 artists and collectives.

Across the two days, renowned artists such as John Talabot, Alicia Carrera and Marina Herlop will be joined by an extensive lineup of up-and-coming acts.