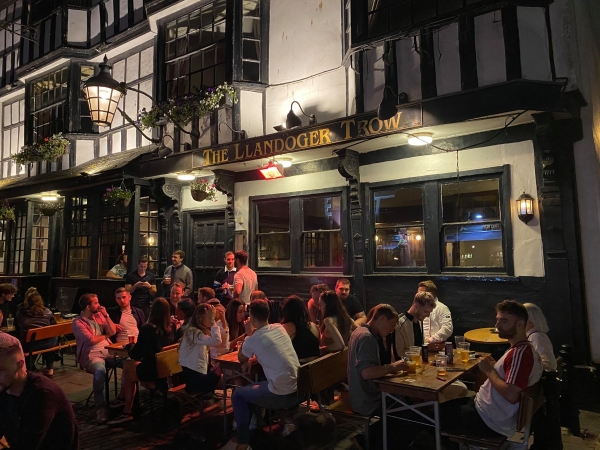 One of the city's oldest pub venues will be serving up more than fifty beers on tap between April and May.

Historic King Street pub The Llandoger Trow is hosting its first-ever craft beer festival at the end of the month, inviting locals and visitors to sample a diverse selection of beer and cider from Thursday 28 April to Sunday 1 May.

Free to attend, the Llandoger Trow Spring Beer Festival will be stocked with more than fifty varieties of craft beer and cider, sourced from quality producers from across Bristol and beyond.

More information and updates on the festival can be found over on the pub's Facebook page.

Dating back to 1664, The Llandoger Trow is an iconic public house situated on Bristol's beloved King Street.

The pub is said to have inspired Robert Louis Stephenson to write of the Admiral Benbow Inn in Treasure Island, while Daniel Defoe was supposedly drinking inside the pub when he met Alexander Selkirk, the inspiration for Robinson Crusoe.

Having survived damage during the Second World War, the Llandoger remained in good enough condition to be recognised as a Grade II Listed building in the late 1950s.

After closing briefly in 2019, The Llandoger Trow has since found new owners and reopened its doors in June 2021 to much fanfare.

Under new direction, the pub continues to be an active part of the King Street nightlife landscape, hosting a broad range of events including the regular Capers Comedy Club and resident club night, Department S.

As part of its first-ever Spring Beer Festival, the pub will be supplying its biggest-ever selection of craft beer and cider on tap, including 25 cask, 25 keg and 14 ciders.

Running from Thursday 28 April to Sunday 1 May, entry to the festival is free from start to finish. For more information, to follow updates or to contact the pub with any queries, head to the Llandoger Trow Facebook page.