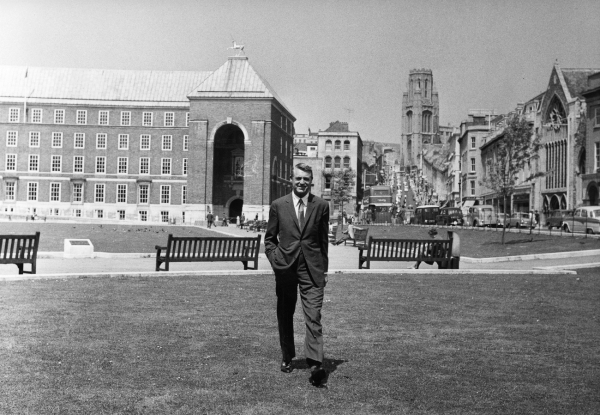 Discover the regional cinematic landscape that inspired one of Hollywood's biggest stars during the golden age of film.

On Thursday 20 January from 18:00 until 19:30, Dr Charlotte Crofts, Associate Professor of Filmmaking at the University of the West of England, maps out how Bristol's early cinema history informed iconic actor, Cary Grant, in his formative years.

The talk is a retrospective and an ode to the long-vanished places that sprung up across Bristol at the birth of cinema itself that sparked wanderlust within a young Archie Leach (Cary Grant's birth name), setting the mercurial star on a path to Hollywood.

This is a FREE online event that will take place over Zoom. Head over to M Shed's website here to book your place.

What impact did Bristol's cinemas have on homegrown Hollywood legend Cary Grant?

Join film expert @charlottecrofts at our next online regional history talk with @uwehistory on 20 Jan to discover more.

In 1999, the American Film Institute named Cary Grant the second male star of the golden age of Hollywood cinema. One of its most enduring stars, Grant was renowned for his comic timing and garnered further acclaim for his dramatic work during his career.

Long before securing his legendary status, Grant was born in 1904, just six years before the first purpose-built cinemas sprung up in Bristol, and grew up in Horfield as Archie Leach.

The talk, led by Dr Charlotte Crofts, answers the questions: How did Archie’s early experiences of the city’s theatres and cinemas fuel the wanderlust that propelled him to stardom? Which cinemas did he go to and what did he see? Can we discern any traces of his formative viewing in his later performances?

Crofts is director of the biennial Cary Comes Home Festival, designed to celebrate Cary Grant’s Bristol roots, develop new audiences for his films and recreate the golden age of cinema-going. She also led the city's successful bid to join the UNESCO Creative Cities Network as a city of film.

This is a FREE online event. Head over to M Shed's website here to find more information and to book your place at this talk. Bookings will only be accepted up until 14:00 on Thursday 20 January.