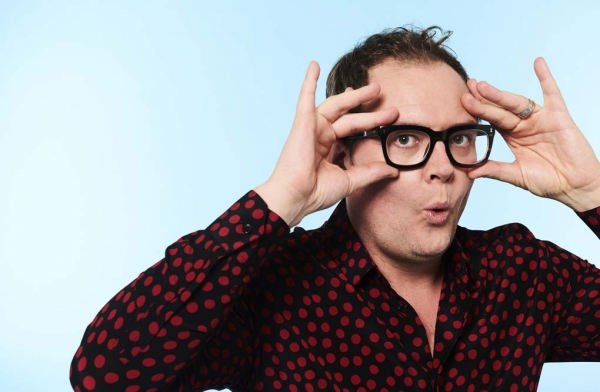 Alan Carr will be bringing his 'Regional Trinket' show to the Hippodrome for two live dates in September.

Celebrated comedian, broadcaster and writer Alan Carr is set to perform live at the Bristol Hippodrome later this year, stopping off in the Westcountry as part of an extensive 2022 tour.

Carr will perform two stand-up shows at Bristol’s premier theatre venue on Monday 12 and Tuesday 13 September, with both dates sure to be in high demand.

Tickets are on sale now and can be purchased from the ATG tickets website.

Alan Carr is a popular figure in comedy, becoming a household name in recent years thanks to his long running chat show, ‘Alan Carr: Chatty Man’, and a multitude of other high-profile television and stand-up appearances.

The Weymouth-born comic began his career on the Manchester comedy circuit before moving into radio, making his presenting debut on BBC Radio 2 with ‘Alan Carr’s Christmas Box’ in 2007.

Quickly, Carr established himself as one of the UK’s most compelling comedians through own show ‘Alan Carr: Chatty Man’ as well as appearances on distinguished programmes such as ‘RuPaul’s Drag Race UK’ and the Royal Variety Performance.

Despite the comedian’s meteoric rise he has continued to do stand-up, having had his original ‘Regional Trinket’ dates postponed and rescheduled due to the pandemic.

‘Regional Trinket’ tackles how things have changed over the past few years, and this is no different for the comedian who, these days, is looking to celebrate the small things in life.

Tickets for two Bristol shows on 12 and 13 September can be purchased here, with prices starting at £29.40. To find out more about what’s coming up at the Bristol Hippodrome, head to the theatre's website.

What's On: January 2022 at the Bristol Hippodrome

Bristol Hippodrome events in January 2022 include Dreamgirls, Jimmy Carr, Van Morrison and the Disney classic Bedknobs and Broomsticks. Tickets are still available for all shows aside from Jimmy Carr - which has already sold out - so check directly with...