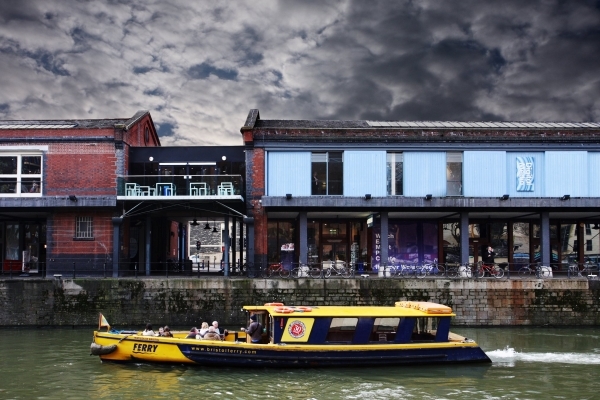 Indulge in a selection of short films on the shortest day of the year.

Tonight, Tuesday 21 December, Encounters Film Festival will show a series of films celebrating some of the unique voices that have emerged in Bristol in 2021 at Watershed.

Beginning at 18:00 and 20:10, two 90-minute programmes of movies reveling in the diverse and distinctive voices of the city, ranging from just one minute to thirty minutes, will hit the screens at the historic harbourside cinema.

Peer through a window into the people, places, and pastimes of those who call Bristol home. Find tickets here.

Come along to our last event of the year!

Join us @wshed on 21st December, the shortest day of the year, for 2 programmes celebrating the unique Bristol voices that have emerged in short films this year?????

The first programme of short films, beginning at 18:00, includes Dinah, the story of a runaway slave from 1687 colliding with an African uni exchange student in modern-day Bristol as the city re-addresses its historical legacy after the toppling of the statue of Edward Colston.

ELVER, the shortest of the first run of films clocking in at just four minutes, illuminates the parallel journey of a mythical creature and the community hunting it along the River Severn through experimental image and sound.

The longest movie, running for 29-minutes, sees a grieving mother seeking revenge against the man who killed her child. Other titles include Uprising 2020, a film commemorating the 1980 uprising in St Paul's, and Bridging The Gap, an exploration of mental health.

Following these screenings, the second programme of films will begin at 20:10, with titles such as Same Stuff - an experimental mini-documentary following a recovering addict as he examines his changing relationship with his hometown, Bristol - running.

Rooted In Bristol, a documentary celebrating the contribution that people of African heritage have made in creating and sustaining kitchen gardens across Bristol’s allotments will also be screened, alongside We Are Bristol, a film exploring the concept of Bristol as a city of film.

Enjoy the shortest day of the year with a diverse range of films and a trip to Watershed. Find tickets here.