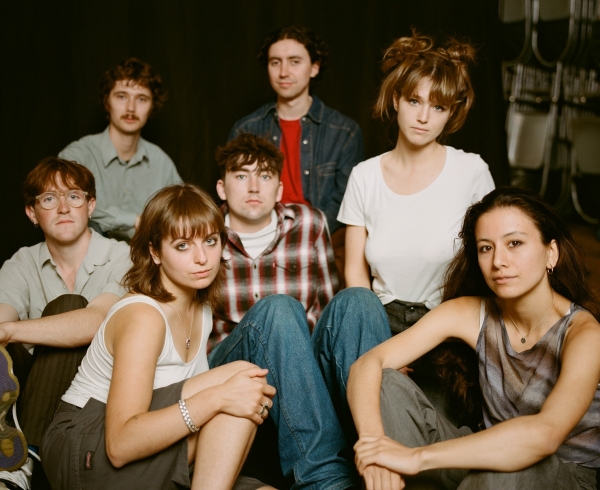 The experimental rock band will be playing O2 Academy Bristol in April 2022 as part of a UK tour supporting their upcoming album, Ants From Up There.

One of the UK’s most respected alternative acts Black Country, New Road are playing the Bristol venue on 17 April 2022 – a show that has been rescheduled twice.

Tickets for the show can be purchased from the event page.

Picture of the UK and Ireland by Charlie Wayne at the age of 7 pic.twitter.com/nT7DpBGi7R

Black Country, New Road have had a quick ascendency of late with their debut For The First Time recently being nominated for a Mercury Prize. Consisting of only 6 tracks, the record is lyrically self-effacing and compelling while musically the tracks are dynamic and difficult to pin down, constantly shifting with a fluidity rarely seen in the material of their contemporaries.

Reminiscent of 90s bands such as Slint and dabbling with genres such as post-punk, jazz, and art pop; the seven-piece have gained a vehemently loyal fanbase.

Having announced their sophomore album Ants From Up There in October, the band have released three new singles (‘Chaos Space Marine’, ‘Bread Song’ and ‘Concorde’) all of which represent a distinct new direction.

The former is perhaps Black Country, New Road’s popiest number yet, reminiscent of Pulp – particularly in the chorus. ‘Bread Song’ is a vulnerable stream of consciousness, more typical of the band’s previous releases. ‘Concorde’ is perhaps their best track to date, a beautifully delicate love song that echoes the work of the late, great David Berman.

The group have recently had to cancel all their remaining tour dates of 2021 due to illness within the band, stating: “If we were in any position to (play the shows), then we would have, we look forward to getting back on the road as soon as possible”.

As well as Bristol, the Ants From Up There UK tour sees Black Country, New Road play venues in London, Sheffield, Oxford, Edinburgh, Belfast, Dublin, Manchester, Nottingham and Brighton as well as a US tour. Details can be found on their website.

Black Country, New Road’s gig at O2 Academy Bristol on 17 April 2022 can be purchased from the event page. Tickets for the cancelled shows at SWX and Marble Factory remain valid.