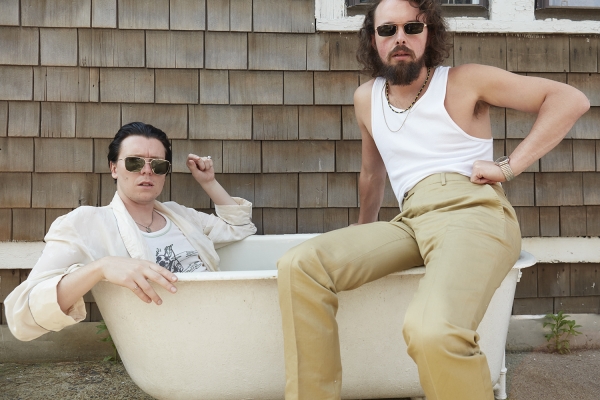 The Australian indie pop-rocker will be taking to the stage at the Trinity Centre on 19 April 2022.

Alex Cameron, known for his chameleon-like character creation, will be returning to Bristol in the new year accompanied by his trusted saxophonist and business partner, Roy Molloy.

Tickets are on sale now and can be purchased on the event website.

I got one simple question for the UK.. where's the fuckin Roy Squad at https://t.co/A4yMxtkaAI

With three albums to date and a true cult status secured, Cameron is returning to Bristol for the first time since his sold-out show at The Fleece in 2019.

Known as a natural showman and creator of misanthropic, tragic characters, Cameron has become a great success since leaving electronic trio, Seekae, to pursue a solo career.

Debut album, Jumping the Shark, was officially released in 2014 after Cameron made the release available as a free download. The record saw the singer-songwriter take on the persona of a struggling entertainer, a guise also adorned onstage.

2017’s Forced Witness was a real step away from the art-pop sound of the singer’s debut as the record incorporated a full band and respected producer, Foxygen’s Jonathan Rado.

In addition, the record features high profile collaborations with Angel Olsen and Brandon Flowers as Cameron immerses himself completely in his sleazeball personas.

The lyrical content of the album is at once hilarious, deeply uncomfortable, and unbelievably catchy throughout with the singer exploring toxic masculinity through satirical synth-pop.

Cameron’s most recent LP, 2019’s Miami Memory, is a far more personal project that moves partially away from grotesque caricatures.

In tracks such as ‘Divorce’ and ‘Gaslight’, he continues to explore the phenomena of insecure men and their unrivalled narcissism. However, Alex appears to recognise these traits within himself rather than hiding behind his various characters.

Cameron brings his unique brand of satire to the live stage in full force, equipped with dad dancing and sleazy outfit. Roy Molloy adds to the show’s comedic energy with a customary review of the stool he is sat upon at every gig.

Tickets for the Trinity Centre gig on 19 April 2022 can be found on the event page.

To find out more about events coming up at the venue head to their website.