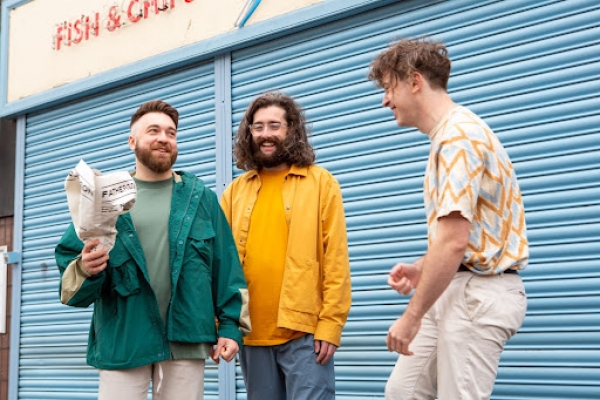 Glaswegian three-piece Fatherson are in Bristol next year

The band have recently announced the release of Normal Fears in February 2022, their first album in three years.

Fresh from releasing a new single and short film, the alternative rock band have announced a massive UK tour for March 2022 that sees them head to Bristol’s Exchange on 28 March.

Tickets for the gig are on sale on Friday 26 November and can be purchased from the event webpage.

Yesterday was some day! Thank you so much for joining us and being the best fans we could ask for.

‘Normal People’ is out now! Go forth and listen!

Fatherson were formed in Kilmarnock in 2010 and are made up of Ross Leighton (guitar and vocals), Greg Walkinshaw (drums) and Mark Strain (bass). Having released their first EP soon after, the band established a growing reputation as an enthralling live act.

Their live performances quickly earned them supports with high profile bands such as Panic! At the Disco and Frightened Rabbit. Fatherson released their debut album, I Am an Island, to great success in 2014 with support from the likes of BBC Radio 1 helping the band reach a wider audience.

This release was followed by Open Book in 2016 and Sum Of All Your Parts in 2018; records that honed and matured the band’s sound, growing their reputation for anthemic rock music. In recent years, Fatherson have gone on to support massive artists such as Lewis Capaldi and Biffy Clyro.

Now returning with a double release of a short film, ‘Same Old, Brand New’; new single ‘Normal People’; and the announcement of their third album, Normal Fears, the band are well and truly back. Speaking about ‘Normal People’, frontman Leighton has said:

“There is a perspective in the song that is about falling in love and feeling like you’re the only two people in the world, looking out at everyone else. At that moment I had never been so sure of anything before, which was an amazing feeling. However, in all honesty it is kind of a bluff because I am a normal person riddled with fear.” 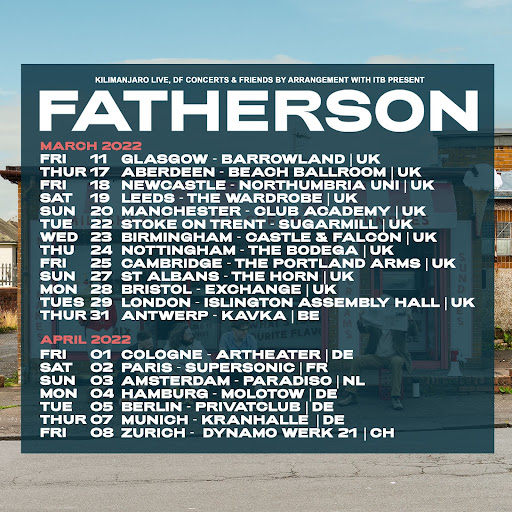 Tickets for these tour dates plus more information about the band can be found on their website with general release this Friday.

Tickets for the show at Exchange on 28 March 2022 are on sale on this week (Friday 26 November) and can be found on the event webpage.