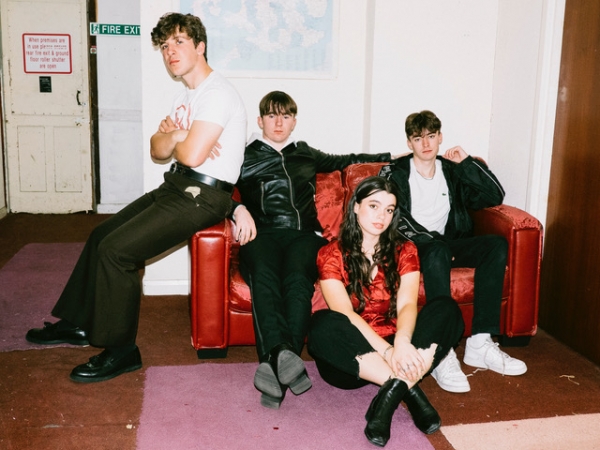 Indie-rock newcomers, Overpass, are coming to Bristol this Winter

Fresh from the release of new single, ‘Changes’, the Midlands band will be at Crofter’s Rights in December.

Overpass will be playing the Bristol venue on 16 December 2021 as part of their debut UK headline tour.

Tickets for the show can be purchased from the event webpage.

‘Changes’ is out now!!!
Link in bio to stream ???? thanks to everyone who has already shown it some love pic.twitter.com/ziMO7ULTy0

The up-and-coming outfit have offered fans a preview of their forthcoming tour with the release of the new single, a song that signifies a shift in sound for the band as they embrace a fast-paced and guitar driven sound.

‘Changes’ follows on from 2020’s debut ‘One Night Lover’ and subsequent releases ‘Otherside Of Midnight’ and ‘Stop The Clock’. The most recent effort is an anthemic number that successfully translates the band’s energetic live performance into a driving and compelling studio recording.

Discussing the single, the band have said: “It’s a song about how nothing in life is permanent, no matter how hard you try to make it last. It focuses on the fact that you’ll have to question yourself on whether the ideals you live with are actually right with you.”

Overpass have built up a fervent following over the past year with a number of heavily praised support slots joining bands such as Lottery Winners and The Snuts, shows that have set the four-piece up for their upcoming tour.

As well as Bristol, Overpass’ December tour will see them travel to venues in: Sheffield, Leeds, Glasgow, Manchester, Nottingham, Birmingham, Cardiff, Southampton, London and Brighton. Tickets for the tour can be purchased from the band’s website.

Tickets for the Bristol date on 16 December can be found on the event page and, with this band’s following growing rapidly, it could be a popular one.

To find out more about what’s coming up at Crofters Rights, head to the venue website.