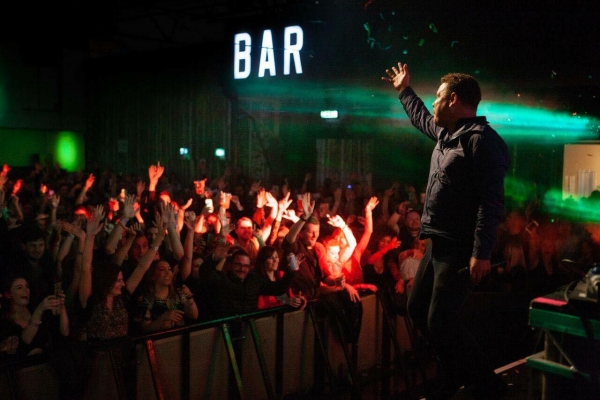 The renowned Radio 6 DJ's popular Funk & Soul party will be given a festive shake-up on Saturday 18 December.

Craig Charles is set to bring his unmissable festive Funk & Soul special back to Bristol this Christmas, taking over the O2 Academy for a rescheduled knees-up in BS1.

The popular DJ, actor and television presenter (known for his roles in Red Dwarf and Coronation Street among others), recently took over Sean Keaveny's prime-time BBC Radio 6 slot, accompanying his long-standing Saturday evenings show on the same station.

Charles began his career as a politically charged performance poet before turning to comedy as part of the Red Wedge comedy tour in 1986, and has appeared on various radio shows over the years, performing both spoken word and comedy.

It was this early burst of creativity that saw Charles break into the world of television. Since scoring his first-ever role as lager-loving Dave in the beloved Red Dward series, the Liverpudlian has become a staple of British tv.

On top of acting roles in Red Dwarf and Coronation Street, Charles has presented a diverse range of shows over the years, from Robot Wars to The Gadget Show.

Charles' weekly Funk & Soul series on BBC 6 Music has, for a long time, been a firm favourite on the airwaves, and has morphed into a fully-fledged club night, selling out venues up and down the UK on a regular basis.

An experienced DJ with a wealth of funk, soul and disco knowledge, Charles is renowned for his enthusiasm and an ability to command crowds at clubs and festivals the world over.

Charles’ trip to the South West for a night of groovy, danceable tunes at Bristol’s O2 Academy is sure to be a festive get-together that should not be missed!

Tickets for the Craig Charles’ Funky Christmas Party on Saturday 18 December are on sale now and can be found on the O2 Academy website.